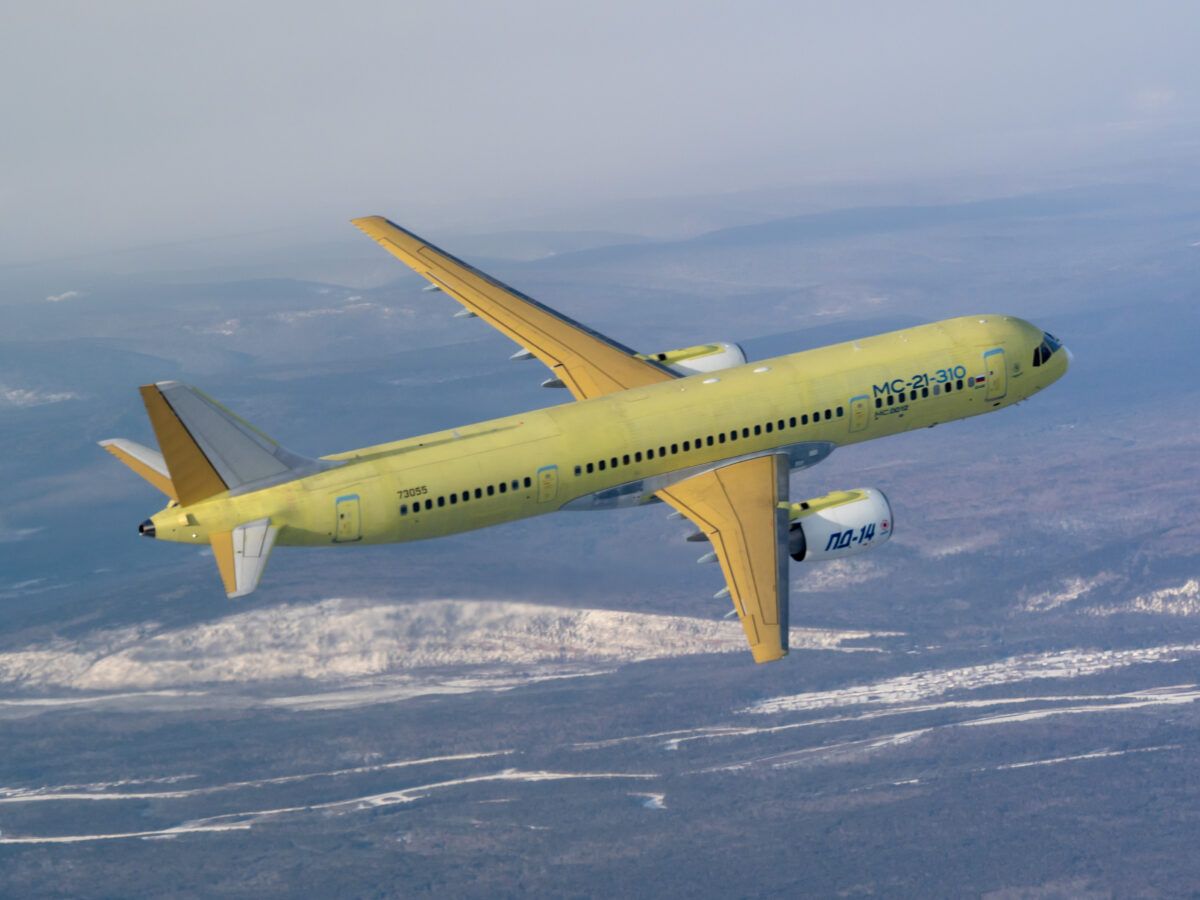 Russia’s short to medium-range narrowbody MC-21 has been making a good deal of progress over the past year. Recently, the aircraft’s Russian engine option, the Aviadvigatel PD-14, cleared emission tests set by the International Civil Aviation Organization (ICAO). This not only opens the door to the aircraft and its PD-14 engines performing international flights, but it also makes the Russian powerplants an option on the international market.

According to Defense World, the Aviadvigatel PD-14 engine, designed to power the UAC (United Aircraft Corporation) Irkut MC-21 airliner, has cleared some relatively new ICAO emission tests. These tests were imposed just over a year ago, setting new international standards that take into consideration smoke and emissions of non-volatile particles.

Prior to the new standard, the PD-14 had already complied with previous ICAO standards and had also been certified by Russia’s Federal Air Transport Agency in 2018. Meeting ICAO standards is important to the engine’s viability on the international market, as noted by a UEC (United Engine Corporation) executive:

PD-14 gains importance due to sanctions

Interestingly, the PD-14 engine was developed as security against foreign sanctions. This was made all the more relevant with Russia being denied the American-made Pratt & Whitney PW1400G engine – which was to be the main powerplant for the MC-21. However, its availability was jeopardized when US sanctions were imposed in 2017 against Russian Aerospace entities.

Indeed, Reuters notes that the Russian government has been pushing to make the country less reliant on Western imports. In 2014, the United States and EU imposed a number of financial sanctions as a response to Russian military intervention in Ukraine.

The mid-December flight time was one hour and 25 minutes, flying as high as 3,500 meters with speeds of up to 450 km per hour.

Commenting on the PD-14’s progress with the MC-21, General Director of PJSC UAC, Yury Slyusar, said

“The ability for customers to choose the type of aircraft engine expands the aircraft’s market potential and reduces the risks of the program.”

For the first time, Japan is set to introduce official, legal guidelines regarding airport security checks. Security in …