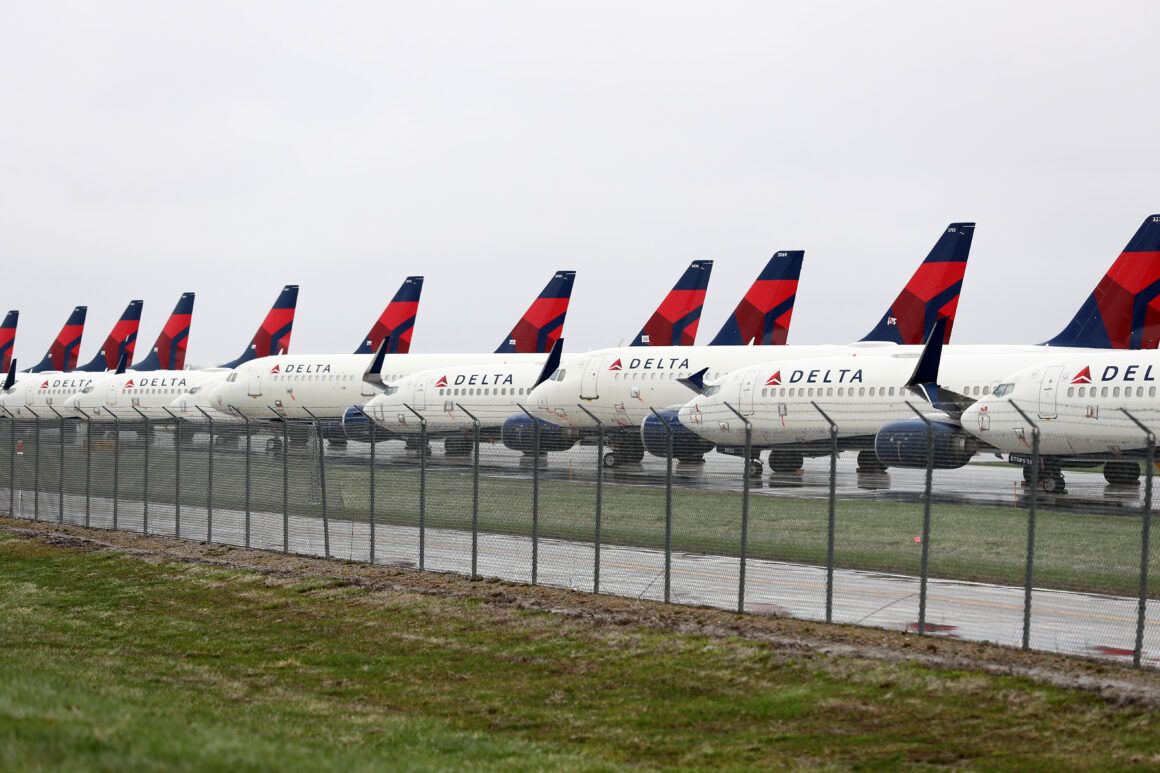 Delta Air Lines has provided guidance on its official fleet status. With over 90% of its fleet, stretching across the mainline and regional fleet, flying actively, the airline is bringing up its capacity ahead of summer. That capacity level will increase on May 1st once Delta unblocks middle seats for sale. However, amid all of this, Delta still has room to grow, as its executives have stated the airline is purposely underutilizing its fleet.

Most of Delta’s fleet is back in the air

Delta stated that as of March 31st, less than 10% of its mainline and regional jets were temporarily parked. The airline’s fleet included the following aircraft at the end of the first quarter:

The fleet is being underutilized

Delta CEO Ed Bastian discussed its capacity and roadmap to profitability this summer on the first-quarter earnings call. He stated the following on it:

“The middle seat opening is another huge leverage point. The fact that we’ve been carrying such a significant amount of our capacity deliberately not selling is going to be a big add-on there. So when you think about all these factors and you think about the additional scale that we have from better utilizing our fleet, our fleet is still somewhat probably 10% to 15% underutilized as we’re operating it today. These are the types of things we look at to give us some real optimism that there’s a pathway to get into profitability this summer.”

Delta is the final holdout on US airlines blocking middle seats and select other seats on aircraft. With that policy set to end in a couple of weeks, the airline is pulling a huge capacity lever now that it is ready to do so.

In addition to the middle seat, Delta can fly its planes more. Some aircraft are flying inefficient schedules, and there are opportunities to re-time those flights or use planes when they have downtime.

Another factor is that international travel is still down. While Delta is pushing and hoping for a European reopening, even if it is initially limited to the UK, it may leave some widebodies parked or else underutilized to avoid adding too much domestic capacity.

How Delta is planning its capacity

In April, the airline had a sellable capacity of 46% of 2019-levels. For June, that will go up to 67% without the middle seat block and improving passenger demand. However, just because the airline can fly its planes more and is offering more sellable capacity does not mean that Delta is guaranteed to fly all of that capacity. Glen Hauenstein, Delta’s President, added the following:

“As we restore our business, we’re rebuilding our industry-leading network with a simpler, younger and more fuelefficient fleet. At the same time, we have preserved optionality with levers to flex our capacity restoration in either direction depending on the shape of the recovery. We are also capitalizing on the industry’s best domestic hub structure with the highest return profile.”

In the second quarter, Delta expects its capacity to be down 32% compared to the same quarter in 2019. Its sellable capacity, accounting for the middle seat block in April, will be down 40%. This number could be adjusted depending on how the recovery plays out.

This capacity, however, will be deployed in Delta’s strongest markets. Mr. Hauenstein all but ruled out point-to-point ramp-ups with instead focus on its core hubs and coastal gateways. It has used some of its aircraft that would traditionally perform more robust international schedules to upgrade domestic routes, such as its leading transcontinental flight from New York to Los Angeles.

All of this leads Delta to sellable capacity in markets it has historically done well in and where adding all the new capacity has the possibility to be profitable for the airline. Hub-and-spoke systems generally provide a little more guarantee than point-to-point flying when it comes to filling up aircraft.

Delta’s fleet is currently underutilized. It would not be surprising to see the airline continue to keep its fleet utilization lower as it evaluates market conditions and sees the impact financially from lifting the middle seat block.