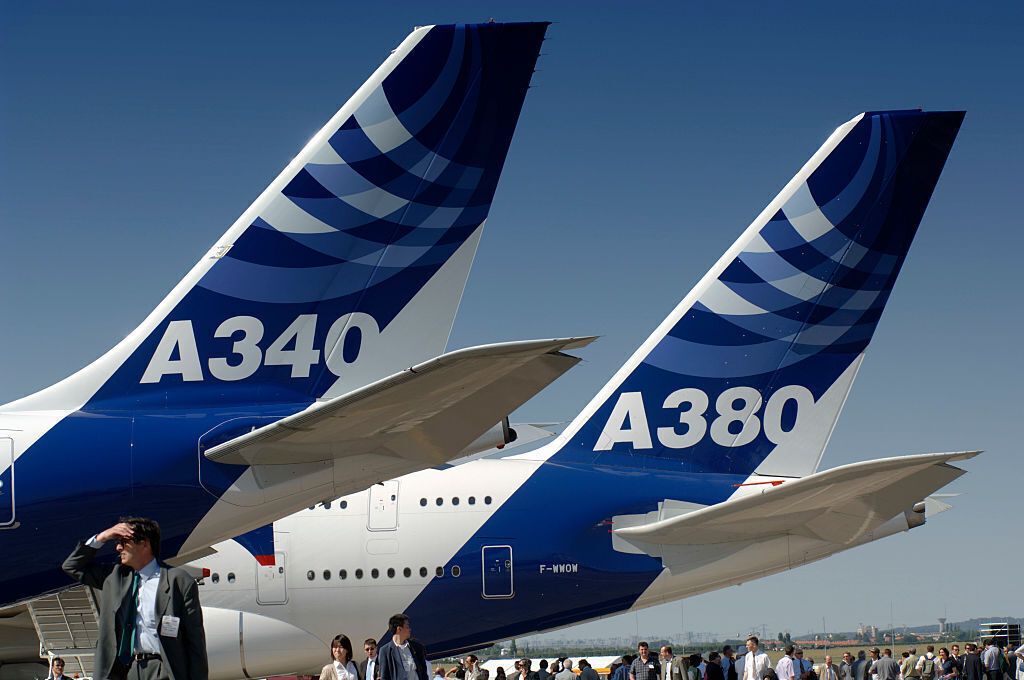 We couldn’t discuss Boeing’s epic 2016 7X7-series line-up without also covering Airbus’ equally epic 2019 A3XX formation flight. Taking place in May of 2019, the flight included one aircraft from each in-production family type of Airbus’ commercial aircraft line. This consisted of the A319neo, A330neo, A350, A380, a BelugaXL – and Airbus’ newest addition, the A220.

For 50 years, we have pioneered many firsts through our passion and innovation, transforming the industry and helping to move society forward. Airbus is a story of incredible men and women, a story of great achievements in the past and, above all, in the future.” -Guillaume Faury, CEO, Airbus via Business Traveller

Taking place in 2019, the special formation flight was organized to celebrate 50 years of Airbus as a company. It all began in 1969 at the Paris Air Show with the signing of a Memorandum of Understanding between French Transport Minister Jean Chamant and West German Economics Minister Karl Schiller to develop and produce the A300.

As already mentioned, the flight included the following jets, all in their respective Airbus ‘house liveries:.’

The flight in the video (and photos)

On the day of the flight, the aircraft took off, one after the other, and gathered in formation over the skies above Toulouse. The jets took a “flying V” formation, well-suited for the photos and video captured by Airbus.

Joining the commercial aircraft group at one point was the team known as ‘Patrouille de France,’ the French Air Force’s aerobatics demonstration team. The team of eight small jets at one point released colored smoke in the colors of the French flag.

It was reported that Airbus had planned a low pass over Toulouse Airport. However, this was canceled due to cloudy weather.

A smaller event than originally planned

Celebrating the 50th anniversary of a highly successful commercial aircraft manufacturer should be a grand event. Looking at photos and video of the formation flights arranged, it appears to have been quite special.

However, according to Reuters, events were actually scaled-down. It was reported that a huge PR drive was replaced by a smaller celebration that saw souvenir key fobs and free ice cream handed out.

The reason for the toned-down event was due to an austerity drive by Airbus as well as an ongoing corruption investigation. This included a UK-based subsidiary of Airbus, GPT Special Project Management, facing seven years of investigations over bribery allegations to secure a military contract with the government of Saudi Arabia.

Here are some other bits of information you may not have known about Airbus’ 50th-anniversary formation flight: