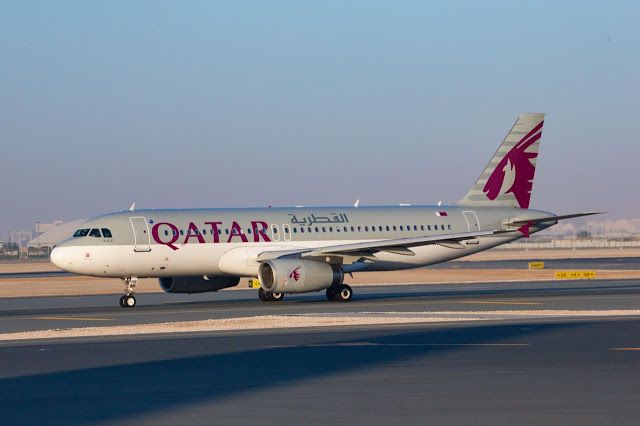 Qatar Airways has shelved plans to resume operations from Doha to both Sarajevo and Skopje during the summer of 2021. Services to both cities were suspended in March of last year and were initially to be restored on October 25, 2020, before being delayed until late March of this year. However, all ticket sales have now been halted until the start of the 2021/2022 winter season from October 30. Changes remain possible. The Qatari carrier is instead offering one-stop connections to the capitals of Bosnia and Herzegovina and Macedonia via Zagreb, Belgrade, Vienna, and Istanbul in cooperation with Croatia Airlines, Air Serbia, Austrian Airlines, and Pegasus Airlines throughout the summer.
The carrier first introduced services to both Sarajevo and Skopje back in 2017 and has maintained them continuously with its Airbus A320 fleet until the start of the coronavirus pandemic. Flydubai will continue to link Bosnia and Herzegovina and Macedonia with the Gulf this coming summer. The hybrid carrier, which has already resumed flights to Sarajevo, will serve the city four times per week during the coming summer while services to Skopje resume on March 29 and will run twice per week. Sarajevo will also see the return of Air Arabia from Sharjah during the peak summer months.
Services to the Qatari airline’s two other remaining destinations in the former Yugoslavia – Belgrade, and Zagreb – will continue to operate into the summer as well, following their resumption in July of last year. Flights to Belgrade will run four times per week with the A320 jet until June, after which they will increase to ten weekly. On the other hand, flights to Zagreb will run three times per week until June, after which it will increase to double daily. Operations to both cities will run with the A320 aircraft. At this point, schedules past June will likely be revised.