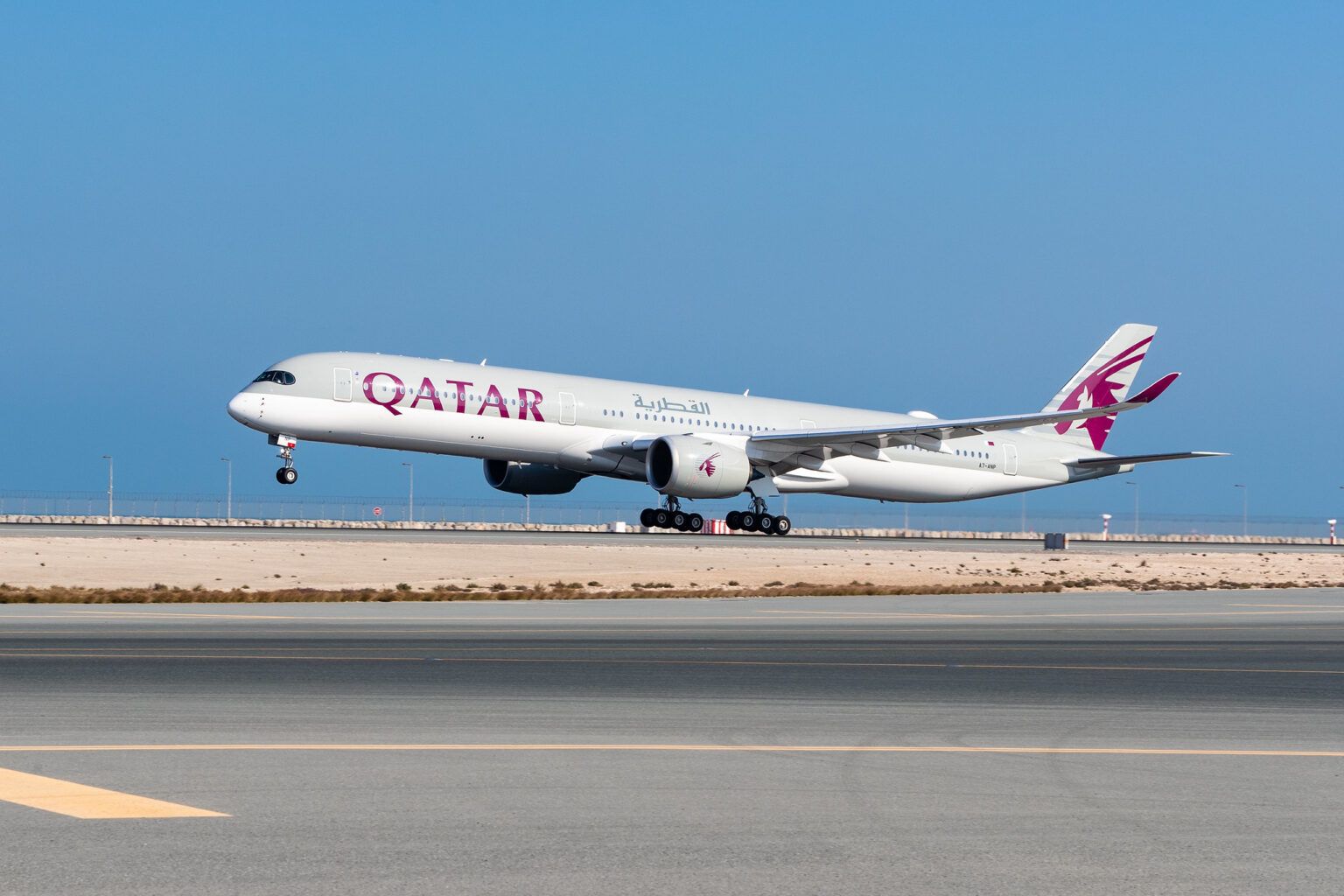 Qatar Airways has completed its first service to Saudi Arabia since the latter ended its blockade. The flight saw an Airbus A350 completing the short hop from Doha to Riyadh earlier this afternoon.

Recently, there have been many positive developments in air traffic in the Middle East. Last year one of the big stories was that a direct air corridor had been opened between Israel and the UAE, made easier by overflight permission from Saudi Arabia. Now, Saudi Arabia has also ended its blockade of Qatar, opening many doors for Qatar Airways.

Following the end of the Saudi Arabia Qatar blockade, Qatar Airways today resumed its direct connection to Riyadh, Saudi Arabia’s capital. The flight was today operated by A7-ANP, a one-year-old Airbus A350-1000. Last week the airline began flying through Saudi Arabian airspace once more. Qatar Airways has a habit of using the Airbus A350 for special flights, like the first landing on the new runway at Berlin Brandenburg Airport.

Qatar Airways flight QR1164 departed from Doha at 14:01 this afternoon, according to FlightRadar24.com. With a great circle distance to Riyadh at just under 500km, the aircraft flew for one hour and three minutes, landing Riyadh at 15:04.

As mentioned, Qatar Airways likes to use the Airbus A350 for notable flights. This seems to be the case with the first flight to Riyadh. According to FlightRadar24.com, the route will be operated by a Boeing 777 moving forwards.

Qatar Airways will operate the route daily. Two flights are assigned to the route, with only one scheduled per day. QR1164 is planned to depart Doha at 14:05. Meanwhile, QR1168 is intended to leave Doha at 18:35 on days where the other flight isn’t scheduled.

Later this week, Qatar Airways will resume flights to Jeddah and Dammam. While the route’s opening will have benefits for passengers, it could also bring benefits to staff affected by the blockade. Yesterday, the airline invited anybody who had previously worked for the airline in neighboring countries to get in touch as it builds its operations in the region.

It is not just Qatar Airways that is making use of the blockade’s end. At the time of writing, a Saudia Airbus A320 had just departed Riyadh. The ten-year-old aircraft, HZ-ASC, is operating flight SVA540. This is Saudia’s planned route between Riyadh and Doha.

In addition to the route from the Saudi capital, Riyadh, the airline plans to operate a separate flight from Jeddah to Doha, with both routes operating four times a week according to the airline’s booking engine.

On March 4th, an Iran Air Fokker 100 flying domestic service from Ahwaz to Mashad diverted to Isfahan after an attempted …