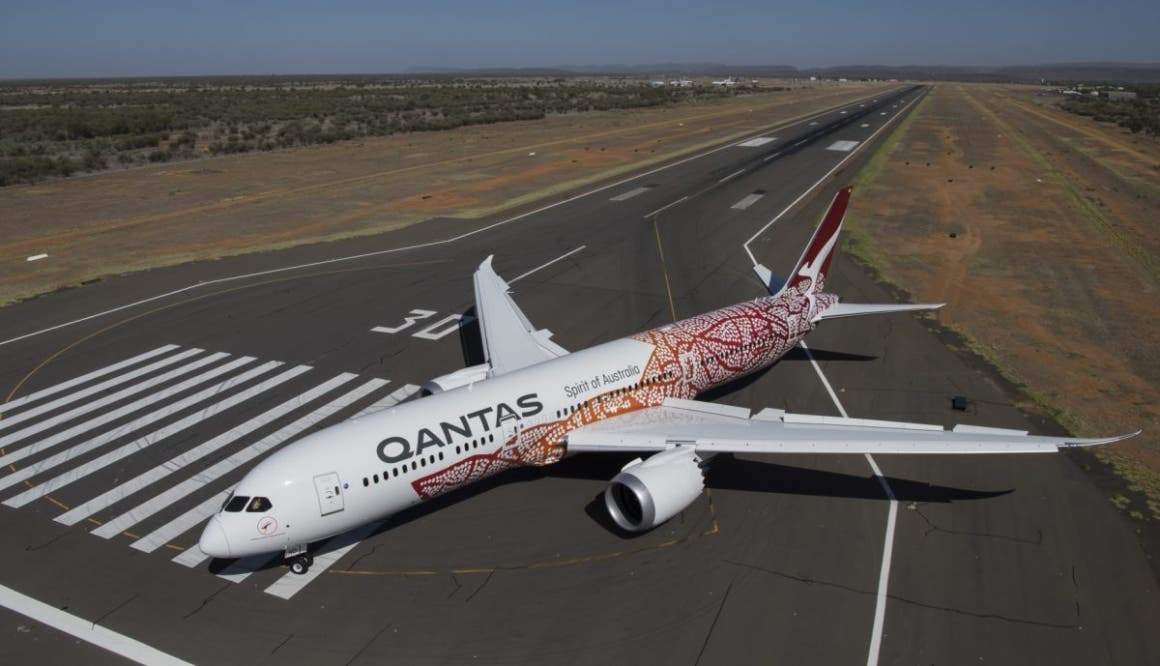 Today, September 27th, the Qantas Group updated its flying schedule to fit with the reopening plans and latest border assumptions across much of Australia. Assuming vaccination thresholds are reached, this will see international flights gradually restart in late December. However, the airline’s flagship service to London will not be using Perth until at least April 2022. Let’s find out why.

Before the crisis, London-Perth was Qantas’ ultra-long-haul service connecting Australia with London. London-bound passengers from various Australian cities would be channeled to Perth on various flights, transit in the Western Australian city, and board a Boeing 787-9. Conversely, travelers from London would board a 787-9 at Heathrow bound for Perth to subsequently connect to the rest of the country.

“Australia is expected to have reached National Cabinet’s ‘Phase C’ vaccination threshold of 80%” by late December, Qantas notes. This will be the magic number for the government to permit regularly scheduled international flights again. However, Qantas is emphasizing that it will temporarily reroute its flagship Perth-London service until at least April 2022 “due to the latest WA [Western Australia] border settings and assumptions.”

“At this stage, WA doesn’t intend to open to international travel until sometime next year, so we’ll, unfortunately, have to temporarily move our Perth-London service until at least April 2022.” -Alan Joyce

What will Qantas use instead of Perth?

According to Qantas, it is in detailed discussions with the NT (The Northern Territory) Government and Darwin Airport. These discussions will evaluate operating the direct London flight from Darwin during this time. Indeed, the airline goes on to say that it “has successfully used Darwin as a hub for its repatriation flights” to various destinations across Asia, Europe, and the Middle East over the past year.

“The discussions for what would be a daily Melbourne-Darwin-London service focus on the logistics of domestic and international transit under the current NT Government Plan for COVID-Management at Stage 3 of the National Plan.” -Qantas

Darwin is the primary choice for Qantas. However, if discussions fall through, then the airline says that it will instead fly the service through Singapore Changi (Melbourne-Singapore-London) instead, until at least April 2022.

A decision on the exact routing is likely to be made within the next two weeks.

Darwin vs. Singapore – Which is better?

As Executive Traveler points out, there are pros and cons to going with either Darwin or Singapore. Stopping in Singapore risks complications with COVID restrictions and requirements. Cutting out a third country reduces these potential complications. At the same time, however, Singapore Changi is a great airport to stop at and has the infrastructure in place to serve premium travelers with the presence of a Qantas first-class lounge and separate business class lounge.

Conversely, stopping in Darwin reduces restriction requirements to two countries. Choosing this airport would also foster good relations domestically as airport and user fees would continue to “stay local” and support the national economy. The major drawback for travelers is the lack of premium lounges, with just a single Qantas Club lounge located at the airport’s domestic section.