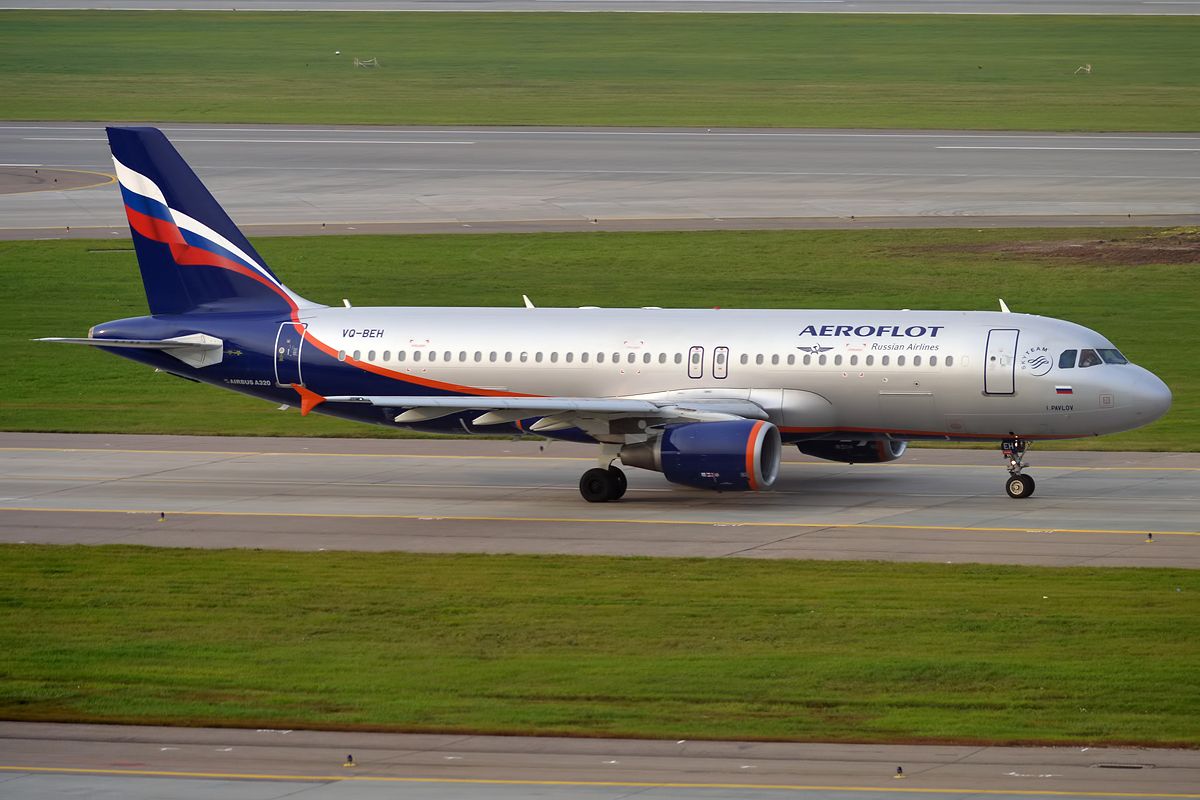 Yesterday, a partial radio failure forced an Airbus A320 operated by Aeroflot to return to its departure airport. The aircraft had been operating a scheduled flight from Moscow, Russia to Amsterdam, Netherlands. But how exactly did the incident pan out?

The flight in question

Aeroflot flight SU2694 is a scheduled, weekly service from the Russian flag carrier’s Moscow Sheremetyevo International Airport (SVO). Its destination is Amsterdam Schiphol (AMS), which has historically been the third-busiest airport in Europe by passenger volume. However, the impacts of the coronavirus pandemic saw it drop to fourth place in 2020.

The flight’s scheduled departure varies slightly from week to week. However, data from RadarBox.com shows that 14:25 local is the most common time. Arrival in Amsterdam is scheduled for 16:05 local time, giving a planned duration of three hours and 40 minutes.

Aeroflot generally deploys aircraft from the Airbus A320 family on this route. However, there have also been occasional instances of the airline’s Boeing 737-800s operating flight SU2694. Dutch flag carrier KLM provides competition for Aeroflot on the Moscow-Amsterdam corridor. Meanwhile, AirBridgeCargo has a monopoly on the route’s dedicated freight services.

According to The Aviation Herald, yesterday’s iteration of Aeroflot flight SU2694 did not go entirely to plan. Having departed slightly behind schedule at 14:47 local time, the flight ran into difficulties shortly after climbing out of the Russian capital.

Specifically, having levelled off at 28,000 feet, the aircraft’s crew reported a “partial failure of the radio communication system,” as confirmed by the airline. Correspondingly, they selected the transponder code for a loss of communication.

At this stage, the crew began to run through the relevant checklists. Eventually one of the aircraft’s three radios did allow communication to be restored to a certain extent. Nonetheless, the crew elected to return to Moscow, and descended first to 17,000 feet. Now flying at a lower altitude, the aircraft entered a hold to burn sufficient fuel to avoid an overweight landing back at Sheremetyevo.

Flight SU2694 eventually touched down safely on SVO’s runway 24L at 17:29 local time. Aeroflot deployed a replacement Airbus A321, registered as VP-BFF, to ferry the passengers and crew to Amsterdam. This departed Moscow at 19:20 local time, and touched down in Amsterdam at 20:30. Overall, the delay as a result of the radio failure amounted to four hours and 25 minutes.

The aircraft that experienced the partial radio failure was an Airbus A320-200, which bears the registration VQ-BEH. According to Planespotters.net, this aircraft is just over 11 years old, and it arrived at Aeroflot in December 2009. It also bears the name I. Pavlov / И. Павлов.

VQ-BEH sports a two-class seating configuration. SeatGuru reports that this consists of 20 reclining business class seats in a 2-2 layout, followed by a 120-seat standard economy cabin. The aircraft returned to service today. According to RadarBox.com, its first flight after the incident landed in St Petersburg from Moscow at 11:48 local time.