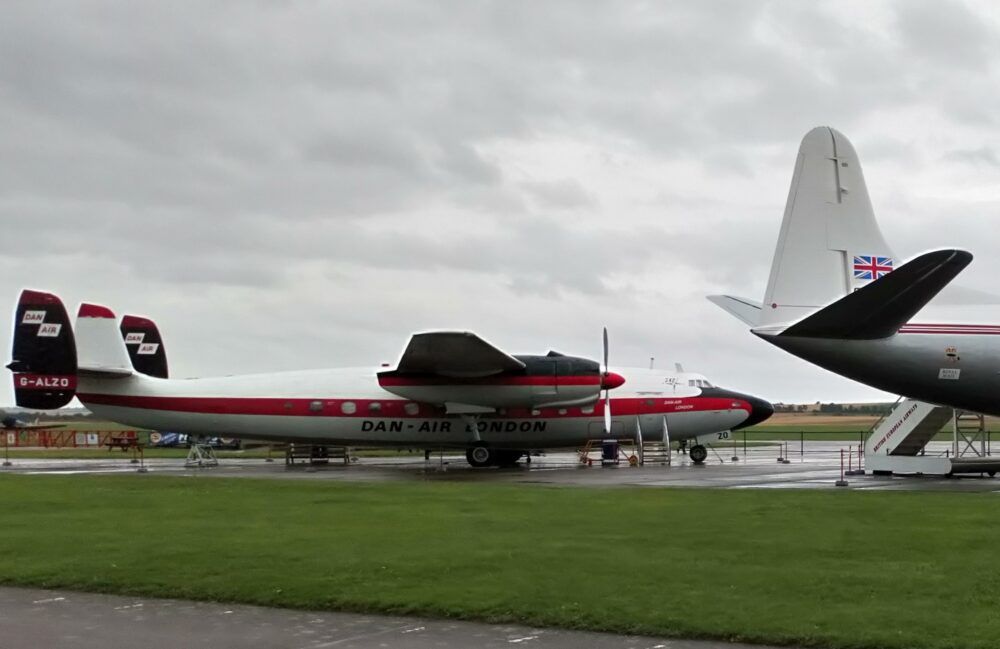 Today marks 63 years since the crash of British European Airways flight 609 at Munich-Riem Airport, West Germany, on February 6th, 1958. The accident, which became known as the Munich Air Disaster, occurred as the flight attempted to depart in snowy conditions. Alongside the enormous tragedy of the crash, in which more than half the occupants perished, the disaster also marked a turning point in post-war British-German relations.

What should have been a triumphant return

British European Airways flight 609 was a one-stop service from Belgrade, Yugoslavia to Manchester via Munich. Among its passengers were players and staff from Manchester United. The Red Devils were one of England’s most exciting football teams at the time, and the 1957-58 season saw its talented young squad aim to win a third consecutive league title.

As well as playing domestically, United were also competing in the European Cup, which today is known as the Champions League. This prestigious competition sees Europe’s best clubs face off against one another to determine a continental champion.

At the quarter-final stage in 1958, United defeated Red Star Belgrade by a score of 5-4 over two matches, the latter of which took place in Yugoslavia. As such, British European Airways flight 609 should have represented a triumphant journey home for manager Matt Busby’s side.

Forced to rush back home

However, while the competition is highly revered today, the English Football Association (FA) discouraged teams from competing in its early years. As such, it refused to reschedule United’s league fixtures around their European games.

This meant that the club had a small window to travel back from Belgrade in time to play their next league match. As such, the club chartered a British European Airways ‘Elizabethan Class’ Airspeed Ambassador piston-engined airliner to ensure a timely return to Manchester. However, the urgency to return resulted in a fatal takeoff attempt in unsuitable conditions.

Aside from a delay due to United player Johnny Berry losing his passport in Belgrade, the flight’s first leg passed without incident. British European Airways flight 609 arrived in Munich for refueling at Riem Airport, which closed in 1992, at 13:15 local time. The aircraft spent just over an hour on the ground, and was given clearance to depart for Manchester at 14:19.

However, the flight’s crew abandoned the first takeoff attempt upon hearing an odd sound from the engines as they reached full power. As the clearance to depart was not due to expire until 14:31, they had time to make a second attempt.

However, on this occasion, the takeoff had to be abandoned after 40 seconds after the engines began ‘over-accelerating’. This was said to have been a frequent issue with the Airspeed Ambassador. At this point, the aircraft returned to the terminal building.

While the passengers waited in the terminal, and the pilots considered their next steps, it began to snow heavily. Believing that this would force the team to remain in Munich overnight until the weather cleared, United player Duncan Edwards sent a telegram to his landlady explaining that he would not be home until the following day. Nonetheless, the passengers spent just 15 minutes in the terminal before being asked to return to the aircraft.

Despite the heavy snowfall, the necessity to remain on schedule due to United’s imminent league fixture prevailed. The Airspeed Ambassador left the terminal building once more. At 14:59, it was granted clearance to line up for departure.

After a few minutes of hesitation, air traffic control reminded the pilots that the clearance would expire at 15:04. In the end, British European Airways flight 609 began its final takeoff roll a minute before this clearance expired, at 15:03 local time.

With the aircraft gathering speed on its takeoff roll, it began to encounter slush that had gathered on the runway due to the heavy snowfall. This left its speed at the deadly paradox of being too fast to abort the takeoff (V1) but too slow to lift off the ground (V2).

The resistance due to the slush caused the speed to fluctuate, rather than rise, dropping erratically to 112 knots (207 km/h) and then to 105 knots (194km/h), and the aircraft failed to leave lift off by the time it reached the end of the runway. It crashed first into a perimeter fence, and then into a house, which caught fire, although not before its occupants fortunately escaped.

The reality for the occupants of the aircraft, however, was rather more tragic. 23 of the 44 occupants (38 passengers and 6 crew) of British European Airways flight 609 died due to the crash in Munich. Among these were eight Manchester United players, including the aforementioned Duncan Edwards. Edwards was one of the three victims, including pilot Kenneth Rayment, to later succumb to his injuries in hospital, rather than pass away at the scene.

As well as the enormous human cost of the disaster, the crash significantly impacted Manchester United’s sporting operations. The accident almost completely wiped out one of the most talented teams of its generation, and there were even worries that the club might have to fold altogether. Indeed, even among the players who survived, individuals such as Jackie Blanchflower never played again due to their injuries.

Nonetheless, while manager Matt Busby recovered in hospital, his assistant, Jimmy Murphy, who had not traveled due to his duties with the Welsh national team, continued to lead the Red Devils for the remainder of the season. Sporting a thin squad of youth players and loanees, the team’s attempt to win a third consecutive league championship faltered, as United won just one league match following the disaster. The club was also knocked out of the European Cup at the semi-final stage by Italian giants AC Milan.

However, in a tremendous show of courage in the face of adversity, United did manage to battle their way to the 1958 FA Cup Final. The Red Devils lost 2-0 to Bolton Wanderers, with manager Matt Busby in attendance having recovered from his injuries. His side would go on to win the European Cup 10 years later, in 1968.

Impact on a diplomatic level

John Ramsden’s Don’t Mention The War: The British and the Germans since 1890 also details another aspect of rebuilding that came about due to the disaster. Specifically, the survivors of the crash found themselves questioning their preconceptions of Germany.

Having previously “associated Munich with Hitler and the Nazis,” they reflected on the hospitality of the Germans, which confounded their assumptions which were “colored by memories of 1939-45.” Ramsden observes that the survivors having their lives saved by Germans meant that “national stereotypes drawn from the war would never quite work again.” The disaster prompted unity between two nations that had been in conflict a decade before, and marked a turning point in post-war British German relations.

In memory of the ‘Flowers of Manchester’ and other victims of British European Airways flight 609.