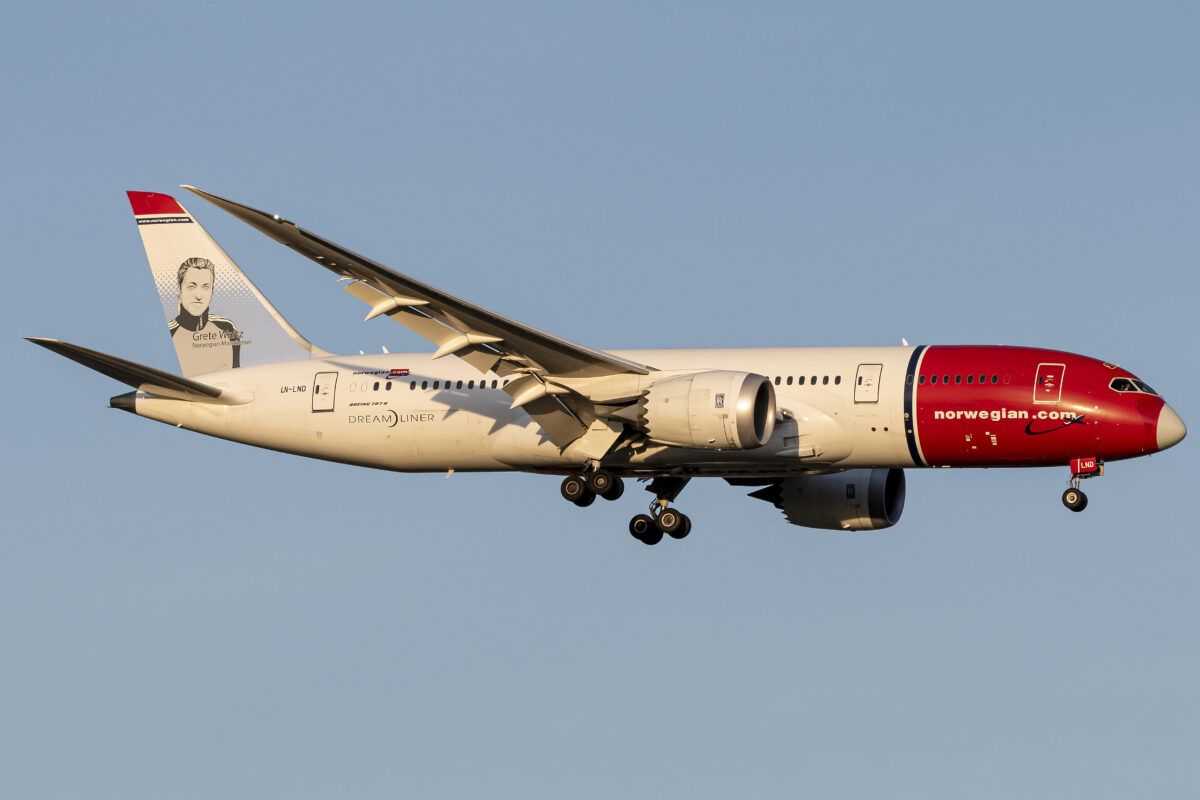 Struggling Norwegian Air is in front of the Irish High Court this week to assess the validity of its debt liabilities. While the outcome is yet to be confirmed, industry sources believe that cancellations of outstanding orders are likely. Both Boeing and Airbus could lose scores of aircraft orders as the airline seeks to emerge smaller and more efficient from its restructuring process.

As Norwegian’s hearing continues through the week, the risk of outstanding orders placed with Boeing and Airbus being canceled is drawing closer. Today, Reuters reports that industry sources have said the restructuring proceedings will almost certainly lead to hefty cancellations for both planemakers.

The airline has already revealed plans to trim its narrowbody fleet by half, amid a change of direction that will see it abandoning its long-haul operations entirely. The airline is in the process of returning all of its 787s to lessors, and is undergoing restructuring under the supervision of the Irish High Court.

This week, the court is hearing arguments concerning the validity of Norwegian’s outstanding debts, including liabilities relating to aircraft leases. By the end of the hearing, the path forward for the new Norwegian will have more clarity, and the company will begin to firm up its future plans.

Ultimately, Norwegian will emerge from this process slimmer, smaller and hopefully more efficient. It needs to shed some of its debt liabilities if it is to survive, something which will likely include looking to get out of contracts for new aircraft orders.

What could Boeing and Airbus stand to lose?

For both planemakers, the books still show significant outstanding orders for brand new aircraft. At Airbus, Norwegian has an order in for 88 A320neo family jets, according to the planemaker’s records. Some of these include the A321LR, which was originally intended for transatlantic operations. With a renewed focus on short-haul operations, these may well no longer be needed.

Over at Boeing, the books still show orders in place for 92 more 737 MAX aircraft plus five Dreamliners. Last year, the airline said it would cancel these orders entirely in the wake of the MAX debacle and the ongoing problems with its existing Dreamliners. However, as yet, it doesn’t appear to have been made official.

If Norwegian does cancel its orders, it won’t be the end of the world for either manufacturer. It will, however, be something of a headache. Boeing has already built a number of Norwegian planes, both MAX and Dreamliner variants, which are currently stored and awaiting delivery. Airbus, too, may well be nearing completion of some of the neo order, as deliveries were expected to begin this year.

The airline’s unusual bankruptcy process, known as Irish Examinership, was set to last until February 25th – this Thursday. However, the airline has said it needs more time for restructuring and has sought an extension of 50 days. Should this be granted, it will give the struggling airline until mid-April to reach a conclusion.