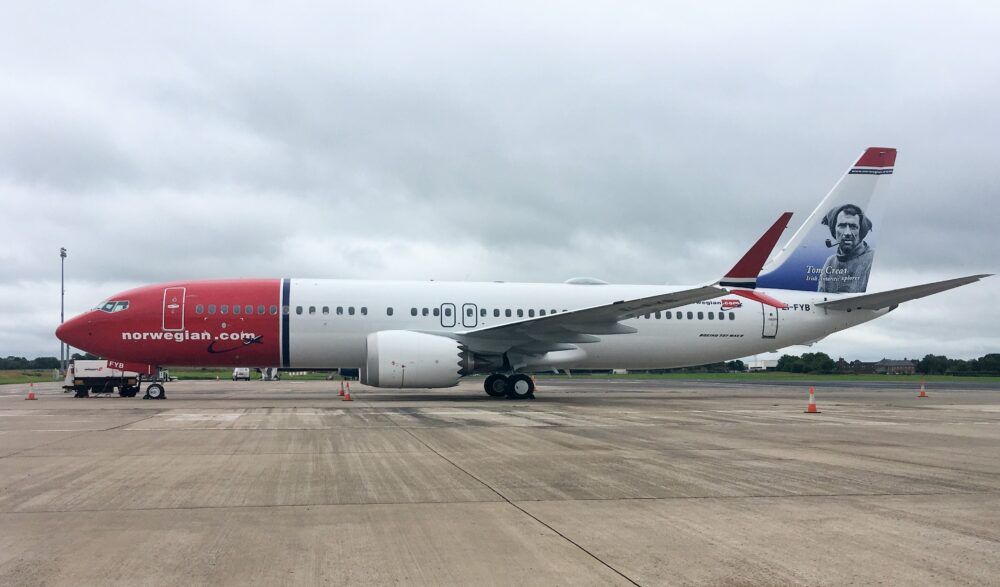 Norwegian Air’s restructuring will see the airline slash its remaining narrowbody fleet by half, from 103 to just 53 aircraft. The fleet reduction comes weeks after the airline announced that it would stop flying long-haul routes and retire all of its 787s. With government funding now approved, Norwegian is hoping to return to its profitable, short-haul markets.

In a presentation to investors, Norwegian highlighted its plans to shrink the carrier and focus on returning to profitability. Part of this plan will be rightsizing the airline to focus on proven, year-round, high revenue routes concentrated in the Nordic region, home to the airline’s core business.

However, this reduction in business will impact the carrier’s current fleet. After already retiring 37 Boeing 787s, the airline will remove another 50 narrowbodies this year. These moves have brought down the carrier’s fleet from 140 planes to 103 currently and eventually 53 by the end of the year.

The airline now only operates Boeing 737s, with 67 -800s and 18 parked MAXs. Data from Planespotters.net shows that only 15 737-800s are currently in service while the others remain parked in various airports.

Norwegian is currently in a “hibernation” state, with only around seven to nine aircraft in routine usage. However, power-by-the-hour lease contracts mean that the airline has been able to reduce its losses from aircraft on the ground.

Return of the MAX

Norwegian’s latest pitch comes the same day as EASA approves the 737 MAX to return to European skies. However, Norwegian has not clarified the status of the 18 MAX’s currently in its fleet. The carrier has only said, “MAX re-certified with future use to be clarified in restructuring.”

The carrier had notably canceled orders for 92 737 MAXs last June, citing its financial struggles. Considering the airline has no more of the planes on order, it could decide to return to being an all 737-800 operator. However, the 737 MAX’s fuel efficiency and capacity could prove lucrative for Norwegian.

Back to the roots

While Norwegian’s financial struggles predate the pandemic, the last year has forced the carrier to make drastic changes. With long-haul travel decimated and the airline at the brink of bankruptcy, Norweigan will return to its roots as a Nordic-focused European short-haul carrier.

Talking about its new network, the airline listed the following priorities:

After months of debate and restructuring, Norway’s government approved financial support for the beleaguered carrier last week. The loan does come with several conditions, but it is a lifeline for the airline that it has struggled to find. While there is a long way to go, we could be looking at the new Norwegian Air Shuttle.