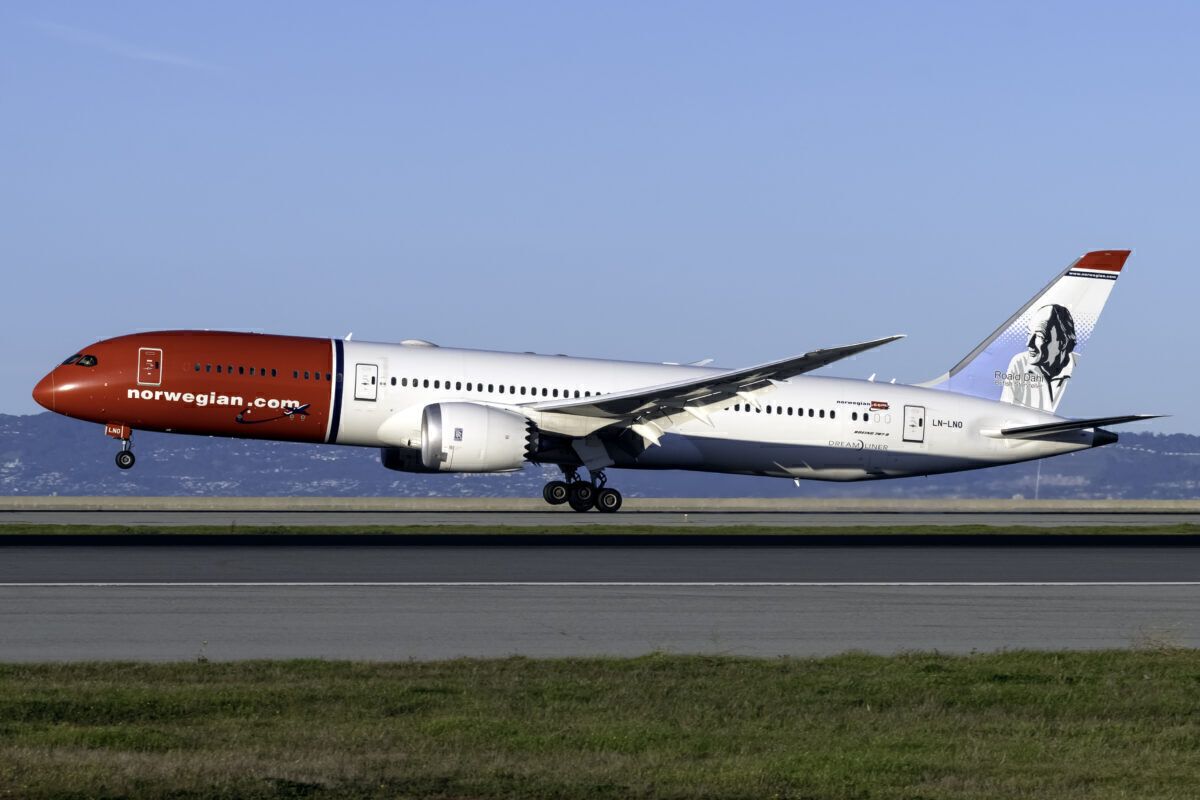 Last month, Scandinavian low-cost carrier Norwegian announced that it would be ceasing its long-haul operations. These had previously represented a reasonably-priced alternative for European passengers on certain intercontinental routes. However, amid restructuring, it is returning to a short-haul focus, and thus needs to return its long-haul aircraft to their lessors.

The need to return Norwegian’s Boeing 787 ‘Dreamliner’ fleet to its lessors has presented certain aircraft with the opportunity to make one last transatlantic flight. One of these took place earlier in the week.

The journey in question saw a Dreamliner depart from Norway’s Oslo Gardermoen Airport (OSL) on February 11th. Its destination was San Bernardino International (SBD), in California. The flight was numbered as NSW1YA, according to RadarBox.com.

It took off from the Norwegian capital for the final time at 11:53 local time. The journey to California took just over 10 hours, and touchdown in San Bernardino occurred at 13:00 local time. SBD does not currently have any scheduled passenger flights serving the airport, but its 3,048-meter long (10,000 feet) runway can easily accommodate aircraft such as the Boeing 787.

The aircraft in question

The Boeing 787-9 that made this flight had been leased to the airline’s fully integrated Swedish subsidiary, Norwegian Air Sweden. Its registration is SE-RXZ, and it also bears the name Freddie Laker according to Planespotters.net. Norwegian Air UK initially took delivery of this aircraft in January 2018, with the Swedish subsidiary receiving it the following April.

Powered by two Rolls-Royce Trent 1000 engines, this aircraft had been leased to Norwegian by Avolon. It had been with Norwegian Air Sweden for less than a year before the impacts of the ongoing coronavirus pandemic on passenger demand levels forced the airline to withdraw it. According to SeatGuru, Norwegian Air Sweden’s Dreamliners featured a high-density seating configuration. This consisted of 35 premium economy recliners, and a 305-seat economy cabin.

Almost a year in storage

RadarBox.com reports that SE-RXZ’s last transatlantic flight took place between New York JFK and Amsterdam on March 16th, 2020. On the same day, it flew from the Dutch capital to Stavanger, Norway, where it remained in storage for three months. It transferred to Oslo in mid-June, which was its last flight for almost eight months, before its journey to California this week.

With no concrete end in sight for the current crisis, it is perhaps unsurprising that Norwegian has had to take this step. When announcing its fleet restructuring last month, it stated that:

“Under these circumstances, a long-haul operation is not viable for Norwegian and these operations will not continue.“

It will also be halving its remaining narrowbody fleet. There was some good news for Norwegian last month, in the form of the country’s government approving financial support for the struggling airline. Nonetheless, the Norwegian that comes out on the other side of this crisis is likely to be very different to the one we knew before the pandemic.