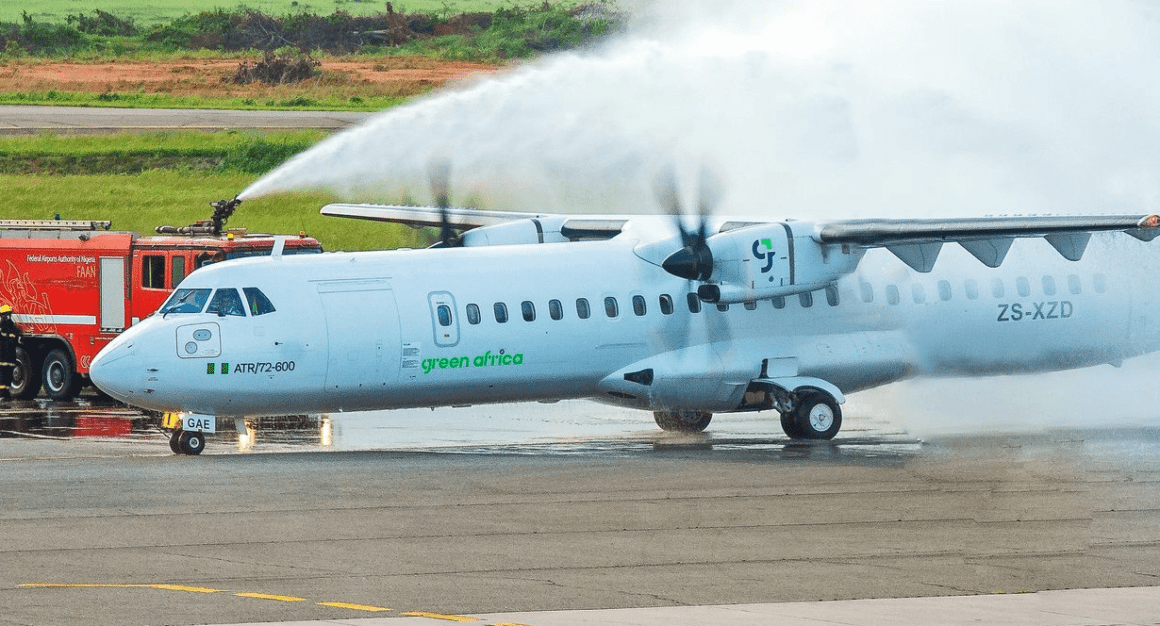 After a long wait, Green Africa Airways will begin selling tickets from 25th May. The airline plans to begin operations on June 24th, serving several domestic destinations from its base in Lagos. Travelers booking early on with the airline will receive discounted tickets as well. Let’s find out more.

Green Africa Airways announced yesterday that it will commence ticket sales from Tuesday, 25th May. This is an exciting step for any startup airline, but for Green Africa, it has been a step in the making for over six years. The carrier has ordered aircraft, put together a leadership team, and included industry leaders on its board of directors.

As we’ve previously covered, Green Africa Airways will begin operations with six domestic routes. These will all be from Lagos and are: Akure, Ilorin, Abuja, Enugu, Owerri, and Port Harcourt and commence on June 24th. The carrier will slowly scale up operations as it receives more aircraft in the coming months and over the year.

Green Africa calls its customers ‘gFlyers’ and is offering them discounts for being early passengers. Travelers booking on the airline’s website will receive a 10% discount on all fare classes to celebrate the airline’s launch. The three fare classes are: gSaver, gClassic, and gFlex.

To run its operations, the airline has taken delivery of two ATR 72-600s registered 5N-GAA and 5N-GAE. Both aircraft seat 70 passengers in an all-economy, 2-2 layout. Both planes have been leased from ACIA Aero, with one more coming in the near future (5N-GAD).

However, Green Africa does not plan to be a regional carrier. Instead, the airline is gearing up to take the Airbus A220s in the future. The carrier has ordered 50 A220-300s, the largest Airbus order by any African airline, and previously planned to even lease three A220s from lessors to start operations.

However, with the ATRs secured, their A220s could be in tow as well. The airline is yet to firm up its order with Airbus, a critical step to establishing a delivery schedule. For now, expect to see the ATRs being the only aircraft in the fleet for a few months.

In a statement about the ticket sales, Founder and CEO Babawande Afolabi said,

This is a pivotal milestone on this journey, and we are delighted that the Green Africa vision is becoming a reality. We look forward to serving our customer and building Green Africa at scale.”

The coming months will see Green Africa slowly expand further into Nigeria and the rest of Africa. The timing of this will depend on when the carrier can add more aircraft to its fleet and which planes it will add. For now, keep an eye out for this budding African airline with high ambitions.

While most aviation companies have felt the heavy impact of the Covid-19 outbreak, some entrepreneurs in the space have …