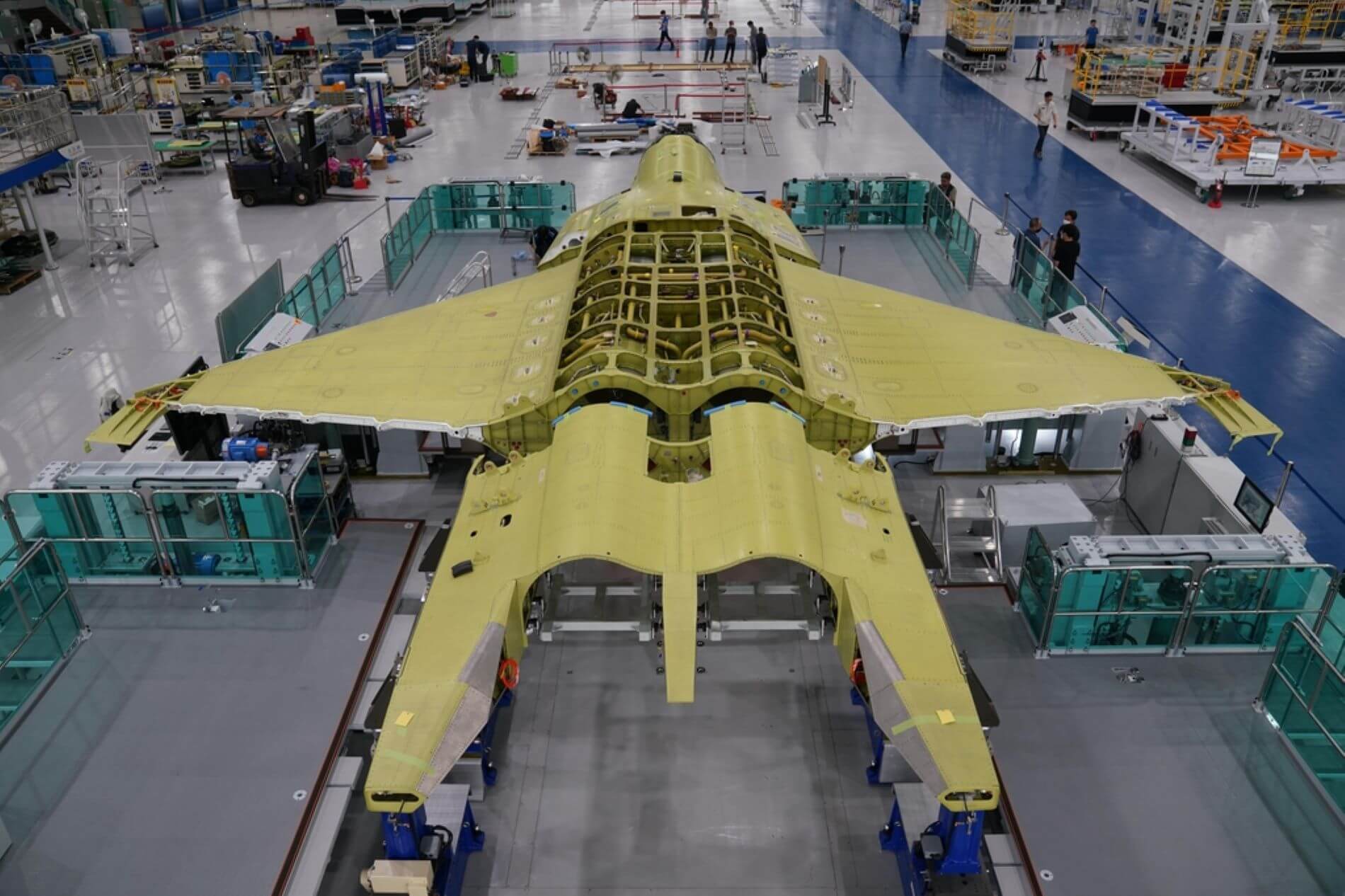 While commercial aviation stalled in 2020, many military programs did not so. As a result, 2021 is going to be an eventful year for aviation enthusiasts.

Let’s see, what new fighter jets are going to see the skies or finish their development cycle in the new year.

A decade ago, China surprised the world with Chengdu J-20, becoming the second nation in the world with domestically-produced fifth-generation fighter jets in operational capability. But J-20s are large and expensive, and just as the United States several years before, China became interested in smaller, cheaper alternatives.

One alternative was offered by Shenyang Aircraft Corporation. While not much is known about the secretive aircraft, it is likely it was export-oriented at first, and repurposed as a light, possibly carrier-based companion to the J-20 later.

The prototype of FC-31 first flew in 2012, but disappeared from the public eye shortly after. The aircraft returned in 2020, much improved, and with the rumors that the mass-production is about to start.

We will probably see the resolution of its story in 2021: the aircraft may be officially adopted, deployed, or at least showcased in its primary role on one of China’s aircraft carriers.

The first Korean fifth-generation fighter jet entered the development back in 2001. The project evolved, partnering with Indonesian Aerospace and United States’ Lockheed-Martin, and gaining more and more government’s interest as the geopolitical situation in the region heated up.

KAI began building several prototypes in 2019, at least part of them scheduled for completion in mid-2021. According to the developers, the work is going as planned, so, the rollout of the first prototype will likely happen in the coming summer, followed by a round of ground tests.

The maiden flight is scheduled for 2022 though, so, we will have to wait another year to see the new jet taking to the skies.

The F-15 first flew in 1971, and quickly became the backbone of the United States Air Force. Although almost 50 years old, the model is not going away any time soon.

USAF signed an order for eight new F-15s in 2019 and announced an intention to purchase up to 144 in total. The aircraft is going to be of the newest F-15EX variant, complete with vastly upgraded avionics, sensors, radar-absorbing coating, and many other features. While many were puzzled by the decision – F-15 was supposed to be replaced by Lockheed-Martin F-22 and F-35, and retired in the 2020s – there is a lot of sense behind the purchase.

F-15EX will replace aging fleets of F-15Cs and F-15Ds, giving the USAF an affordable, relatively cheap and available alternative to the super-expensive 5th generation jets, requiring less retraining for pilots and ground personnel. A lot hinges on the capabilities of the new variant, and in 2021 we will see what Boeing has prepared for us.

Deliveries of the first two jets are scheduled for the second quarter of 2021, which means that rollout and the maiden flight of the reborn fighter will take place shortly before that.

F-15QA, a variant on which the F-15EX is partially based, will see its first delivery to Qatari Air Force in 2021 too.

While not a fighter jet in the strict sense, Skyborg is a USAF program to develop a loyal wingman (or several types of it): a drone to accompany fighters into battle, or as the media sometimes refers to it – an unmanned fighter jet.

In December 2020, out of 13 participants of the program, three were selected: Boeing, General Atomics Aeronautical Systems, and Kratos Unmanned Aerial Systems. All of them received substantial sums of money to deliver initial prototypes by May 2021.

Boeing’s entry will likely be the Airpower Teaming System (ATS), Kratos will with no doubt present their XQ-58 Valkyrie, and General Atomics will probably offer a modified Avenger drone (possibly called Defender). By the second half of 2021, we will see them not only fly, but possibly perform some rather interesting tests.

And what about the sixth generation?

Between the F-35, the Su-57 and the J-20, as well as the FC-31 and the KF-X, the adoption of 5th generation fighter jets is now in full swing. This means that the militaries around the world have already set their eyes on the next generation. But fighter jets are not born in a day, and there is still at least half a decade before we see them flying.

Nevertheless, 2021 will likely bring a lot of news on their development. The European Future Combat Air System (FCAS) and Tempest will likely continue taking shape, as well as Japanese F-X, of which we may even see a finalized concept or a mockup. Russia may present a visualization or a timeline for the MiG-41, and there may be some news on Chinese and Indian programs.

Almost certainly, at least some information on the Next Generation Air Dominance (NGAD) program will become known. In September 2020, USAF revealed that they have already test-flown a full-scale technology demonstrator, although the nature of the technologies tested was not disclosed. In 2021 we may catch a glimpse of what the US’ next-generation fighter jet will look like, and what its capabilities will be.