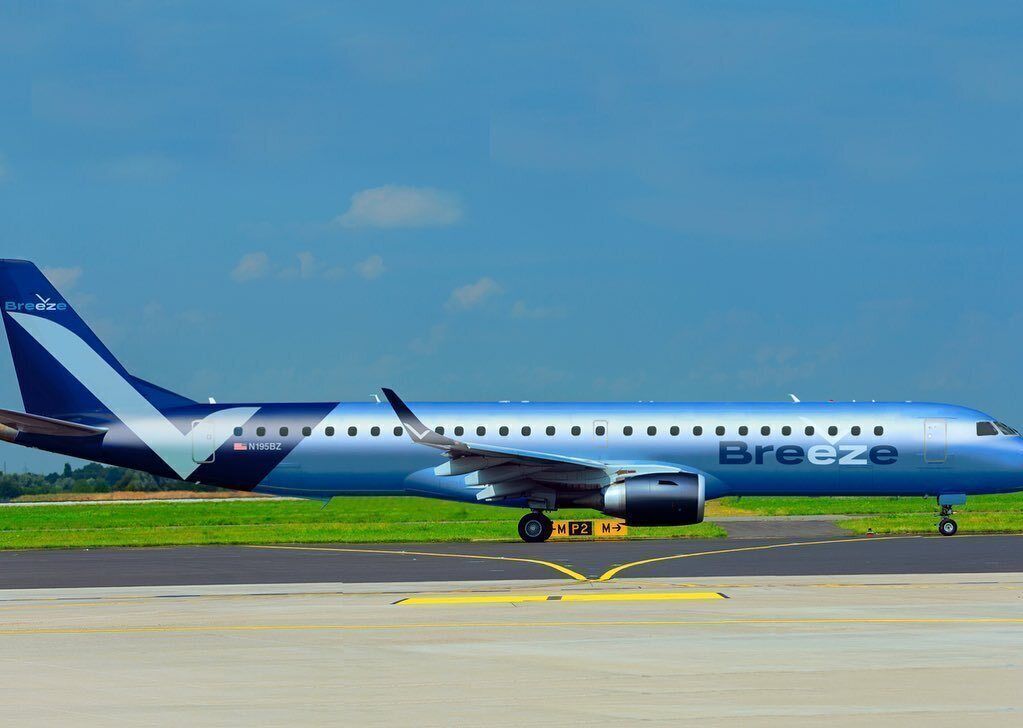 Nordic Aviation Capital (NAC) has delivered its first Embraer ERJ-190 to American start-up Breeze Airways. The delivery marks the second aircraft for Breeze and the first of 15 it will take from lessor NAC. Let’s find out more about the airline’s plans.

As Breeze Airways nears the date for its first flight later this year, the carrier has begun taking new planes. Currently, the airline is taking delivery of second-hand Embraer E190s to kickstart its point-to-point regional routes.

According to Planespotters.net, Breeze’s newest aircraft is a 14-year-old ERJ-190. Registered N90NA, the plane previously flew for Air Canada from 2007 to September 2019. The plane comes with two reliable GE CF34 engines. The airline’s first plane was an ERJ-195, from another lessor.

As mentioned, the E190 is the first of 15 Breeze Airways has signed a deal with NAC for. Explaining the aircraft choice, NAC CCO Jim Murphy said,

“Regional aircraft like the E190 were the first to be returned to service as they are ideally suited to serve post COVID demand…The Breeze team has vast experience with the E-Jet family, and we are excited to work with them as they begin their new airline with the E190, an aircraft type ideally suited to their exciting new network.”

Breeze Airways’ founder is airline industry veteran David Neeleman, the man behind JetBlue, WestJet, Azul, and Morris Air. The airline hopes to shine through with its customer service and extremely low fares. Interestingly, the airline isn’t going to focus on popular regional routes, but quite the opposite, targeting underserved cities.

The airline will be headquartered in Salt Lake City, Utah, but its routes will operate east of the Mississipi. Instead of having a major hub, like other US carriers, the airline will focus on point-to-point travel on more leisure routes. This includes north-south traffic in the region, but the airline has been quiet about its exact route map and destinations.

Breeze Airways will have to attract a new customer base to grow its operations, something helped by its point-to-point approach. However, until we know more about its first routes, it’s hard to predict how much traffic the airline will receive.

Returning after a tough year

When Breeze kicks off operations later this year, it will face a market very different than the one it was founded in. However, despite the radical shifts, both Breeze and some competitors believe the airline can find success. For instance, Neeleman’s successor at JetBlue, Robin Hayes, has said Breeze could find success by reaching untapped markets and creating a new customer base.

As Breeze Airways continues to lay the groundwork towards its first flight, the future does seem bright for this new entrant. Backed by industry veterans, Breeze could open up a new market segment in the US market and avoid costly fights with major airlines.