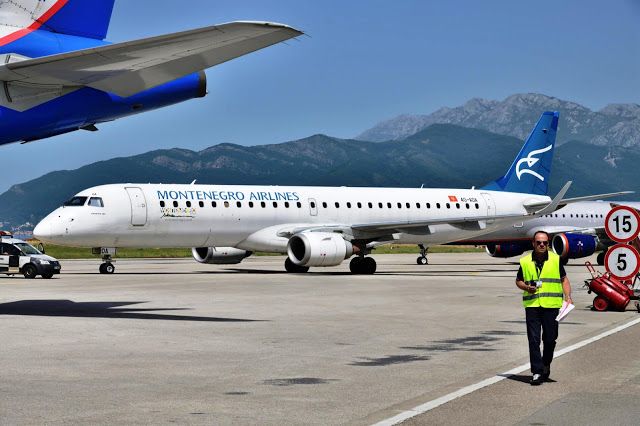 Montenegro Airlines could resume operations on February 8 according to local media as the government seeks a solution to restore the country’s connectivity until a new flag carrier is launched. In order for flights to resume, which would likely only include services to Belgrade, the airline needs to settle debt owed to suppliers who have requested for its accounts to be blocked. The government is unable to legally inject any funds into the airline, which resulted in its demise in December 2020. On the other hand, the state could lease aircraft from Montenegro Airlines through its newly established carrier ToMontenegro, which would then be operated by Montenegro Airlines itself until the new company is ready to take over.
Montenegro Airlines’ fleet currently consists of four aircraft, two of which are grounded due to technical issues and two which are airworthy. The Ministry for Finance recently issued a public call for experts to submit their CVs in order to be part of the task group which will work on the formation of the country’s new flag carrier. Despite promises it would launch tender procedures to select a consultant that would advise over the establishment of the new airline, no public call has been issued yet. The Ministry has so far held initial talks with two foreign consultants, one from Germany and the other being Knighthood Capital from Switzerland headed by former Etihad Airways CEO James Hogan.
The Montenegrin government hopes for the country’s new national airline to launch before April 1, in time for the 2021 summer season, however, only if it is able to take over commercial agreements, staff and aircraft from the country’s former flag carrier. Otherwise, the process may take up to nine months. Furthermore, the state expects for the new airline to operate under a low cost carrier model.