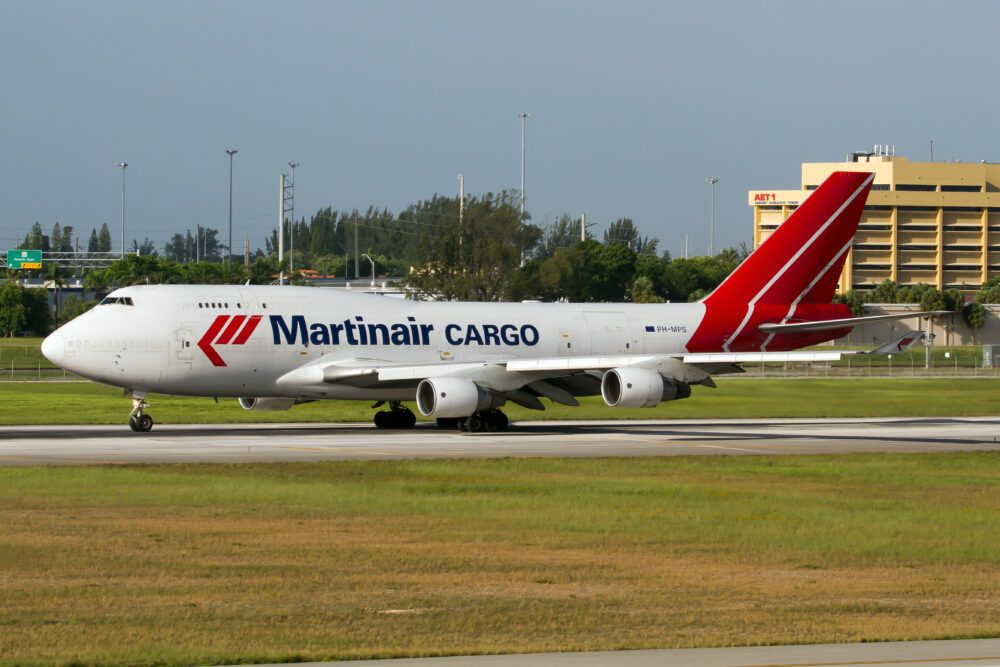 The Dutch Safety Board is searching for a lost Boeing 747 panel. It fell off a plane operated by cargo carrier Martinair Holland somewhere above the Netherlands on January 16th. The aircraft made it safely to its destination in Kenya, and the reason for the accident is under investigation.

If anyone in the Netherlands has come across a mysterious, quite large, metal object fallen from the skies in the past few weeks – its owner has now been discovered.

Yesterday, the Dutch Aviation Safety Board (OVV) announced that a Boeing 747-400F had lost a panel while flying above the Netherlands last month. While it mentioned neither airline nor route, keen readers of media outlet NH Nieuws along with investigative work from its reporters, the culprit seems to have been identified.

The aircraft that lost part of its hull was PH-CKC, a 17-year old Boeing 747-400F. The plane is owned by KLM and operated by Air France-KLM cargo-branch Martinair Holland. The incident occurred when it was operating flight MP8561 from Amsterdam Schiphol to Johannesburg, South Africa, via Nairobi, Kenya, on January 16th.

However, according to the Aviation Safety Network, upon arrival in the Kenyan capital, the aircraft was found to be missing a panel on the underside. Rather than continuing south, PH-CKC remained on the ground for 32 hours.

A Martinair spokesperson has confirmed the flight number and the incident to Simple Flying. Meanwhile, the cause for the unfortunate event is still under investigation.

“On January 16, a Boeing 747 cargo plane that was en route from Amsterdam to Nairobi with flight number MP8561, lost a panel shortly after departure. This was established upon arrival in Nairobi. The cause of this incident is being investigated.”

According to data from RadarBox.com, the plane returned to Amsterdam on January 19th after a delayed scheduled stop in Johannesburg. It has since gone on to operated flights to other far-off cargo destinations such as Santiago, Quito, Guatemala City, Bogota, Miami, and Harare.

Martinair not alone in losing a part or two

Martinair is the dutch cargo division for Air France-KLM. It operates three Boeing 747-400 Fs on behalf of the Dutch flag-carrier. It also owns a 747-400 of its own. The 30-year-old conversion previously flew passengers for Singapore Airlines and Air India before joining Martinair in March 2008 with a new lease on life as a cargo aircraft.

Plane parts coming loose mid-air is more common than one might think. According to DW, the German government estimates that over 400 pieces landed in the country between 2008 and 2018. The number of injuries to people or damage to property, as a result, is unclear.