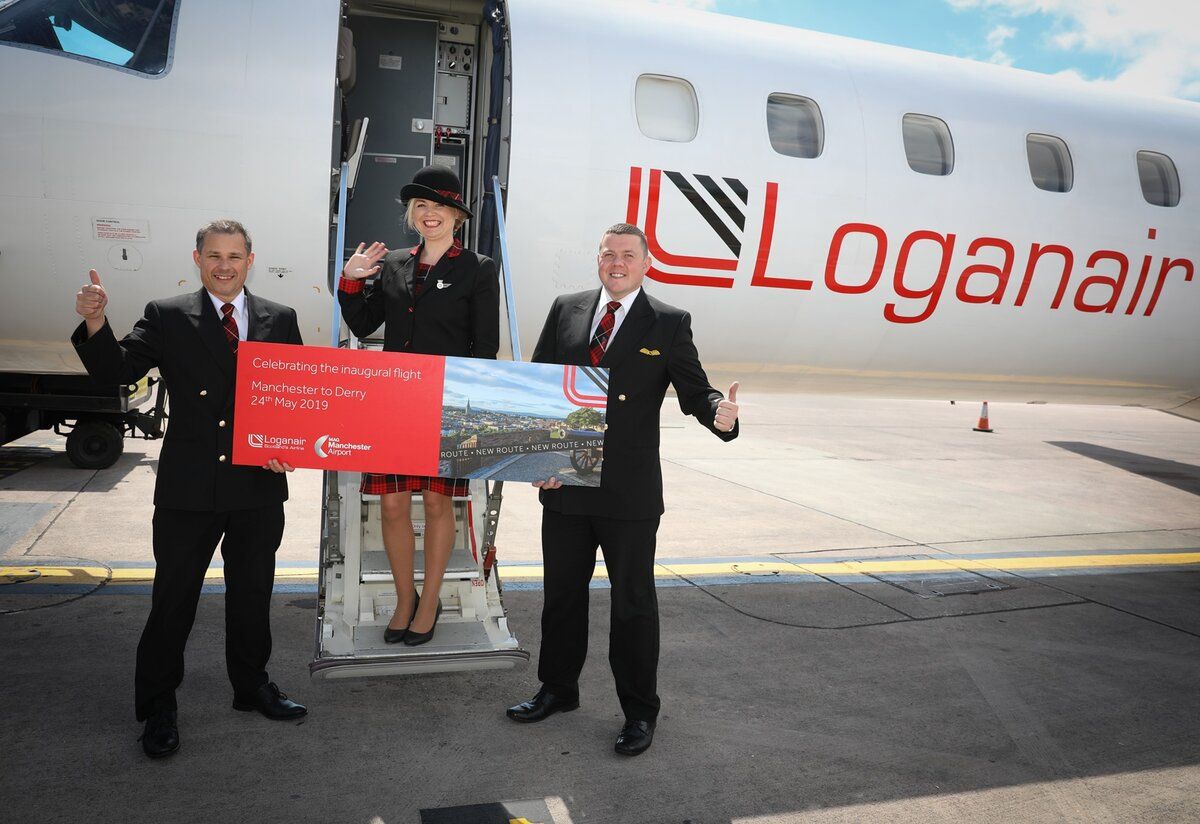 Loganair is to begin new services from City of Derry to Liverpool and Teesside to Bristol. Neither route will have direct competition.

Derry to Liverpool begins on May 24, with the service initially operating four-weekly: Monday, Friday, Saturday and Sunday. It’ll increase to seven-weekly from June 29.

This new service replaces Ryanair, which has operated Derry-Liverpool for years. At its peak, in 2012, Ryanair had over 93,796 passengers on the route, although it has been declining yearly ever since. In 2019, the ULCC achieved a seat load factor of 87% on it from 67,284 seats and 58,533 passengers, data from the UK CAA indicates.

Aberdeen via Teesside to Bristol

Teesside to Bristol, meanwhile, will also begin on May 24. It’ll operate six times a week, every day except Saturday from the start. The service will begin and end in Aberdeen with the same flight numbers. It will replace Loganair’s non-stop Bristol-Aberdeen service and is likely to be a temporary flight.

Loganair began Aberdeen-Bristol in early 2019, before coronavirus struck, with a once-daily and later six-weekly service. It replaced bmi regional. Although simply a snapshot – it was its first year and does not consider unit revenue or cost – the market had a 61% seat load factor that year, based on 25,882 seats and 15,847 passengers.

Like many regional airports that don’t have a fast-growing low-cost airline – or had one but it left – the past has been very difficult for City of Derry and Teesside. This wasn’t helped by having much larger airports, such as Belfast City and International and Newcastle, very close by with lower fares and more choice. This helps to define the roles of such regional airports.

In the past decade, Ryanair also served Edinburgh from the Northern Ireland airport (2018-2020) and Glasgow itself (2014-2018), replacing Prestwick.

Loganair’s entry into City of Derry

Loganair entered the market in 2018 with service from Glasgow, replacing Ryanair. It’s not hard to see why. The market was large (84,968 passengers in 2017) and Glasgow is a core Loganair airport, while being very short (122 miles). It’ll be boosted further following the end of Ryanair to Edinburgh.

In 2019, Loganair added Manchester (after this market was unserved for seven years), Stansted (replacing bmi regional), and Southend (switched from Stansted).