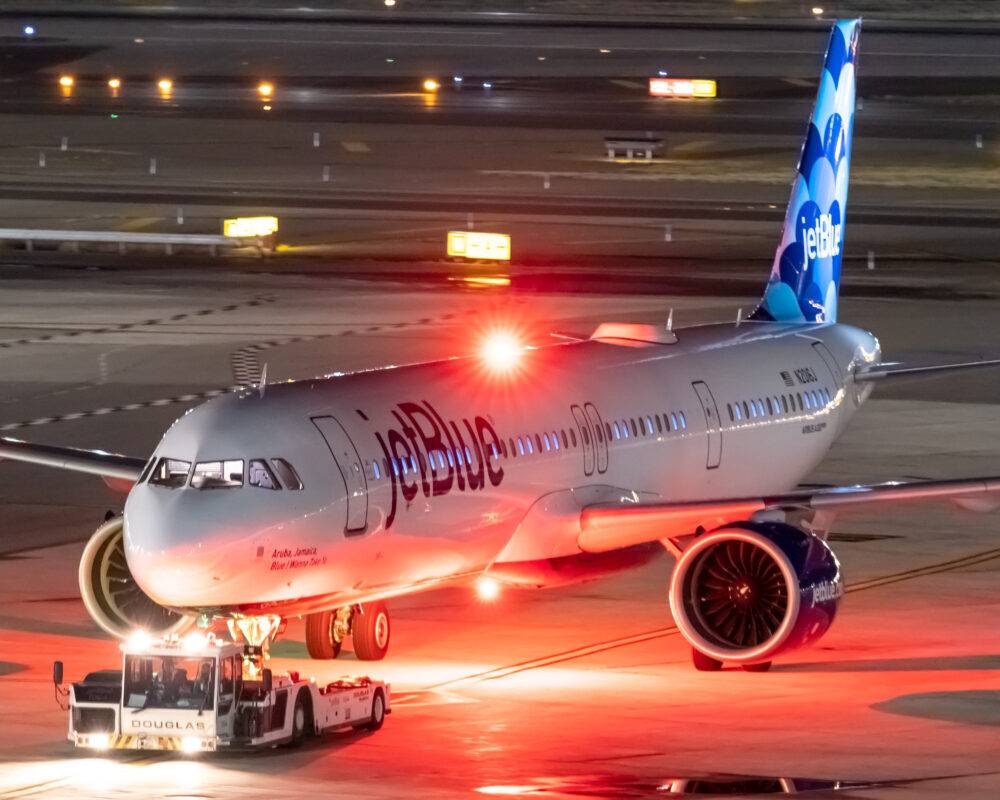 An online travel agent has accused JetBlue of making it difficult to compare its prices against competing airlines. Fareportal, which powers sites including CheapOair, has brought a lawsuit against the airline for not allowing its products to be searched through its portals. However, JetBlue has hit back, saying the claim is ‘frivolous’ and without merit.

In normal times, plenty of us loves searching around for great deals on airfares. However, booking through a third party is not always the best means of securing a travel deal. In recent months, we’ve heard plenty from Ryanair regarding screen scrapers and third party agents, with many of its customers left out of pocket in the situation where flights have been canceled.

Now, it seems New York-based JetBlue has fallen foul of the third party travel agency issue. But this time, rather than the airline complaining about the agent, it’s the agent that is lodging a lawsuit against the carrier. Fareportal, an online travel agency (OTA) which powers sites including CheapOair and OneTravel, has filed a lawsuit against JetBlue, alleging it is engaging in anti-competitive pricing.

The lawsuit, filed on January 5th, claims that the airline is making it hard for passengers to comparison shop JetBlue’s airfares against its competitors. The OTA says that, where JetBlue dominates a route, it has blocked sites like CheapOair from displaying its content. In the lawsuit, Fareportal wrote that,

“Amidst the turbulence of the global pandemic, JetBlue is quietly pursuing a scheme to make it harder for American consumers to save money when they book air travel. JetBlue’s goal is simple: to make it difficult for consumers to comparison shop when they want to fly.”

The lawsuit was filed in the United States District Court for the Eastern District of New York. Frederick Stein, Fareportal’s Chief Legal & Compliance Officer, wrote in a statement,

“JetBlue is trying to force customers to book tickets on its website where the lack of price comparison with fares from other airlines will allow JetBlue to raise ticket prices for price-sensitive travelers.”

JetBlue says the claim is ‘frivolous’

The airline has disputed the claim, saying that it is ‘wholly without merit.’ It maintains that it is common practice for airlines to choose where they sell their products and that several other major airlines do not make use of Fareportal’s platforms.

In a statement to Simple Flying, JetBlue said,

“The allegations in the complaint filed by Fareportal are frivolous and wholly without merit. It is common industry practice for airlines to choose where to sell their products. We are currently one of several major airlines not selling via Fareportal’s platforms.

“JetBlue guarantees that customers will always find the lowest JetBlue fare on jetblue.com, and currently, over 10 aggregator and OTA sites offer customers the ability to compare JetBlue fares. JetBlue is recognized globally as a unique airline committed to competitive fares and superior service.”