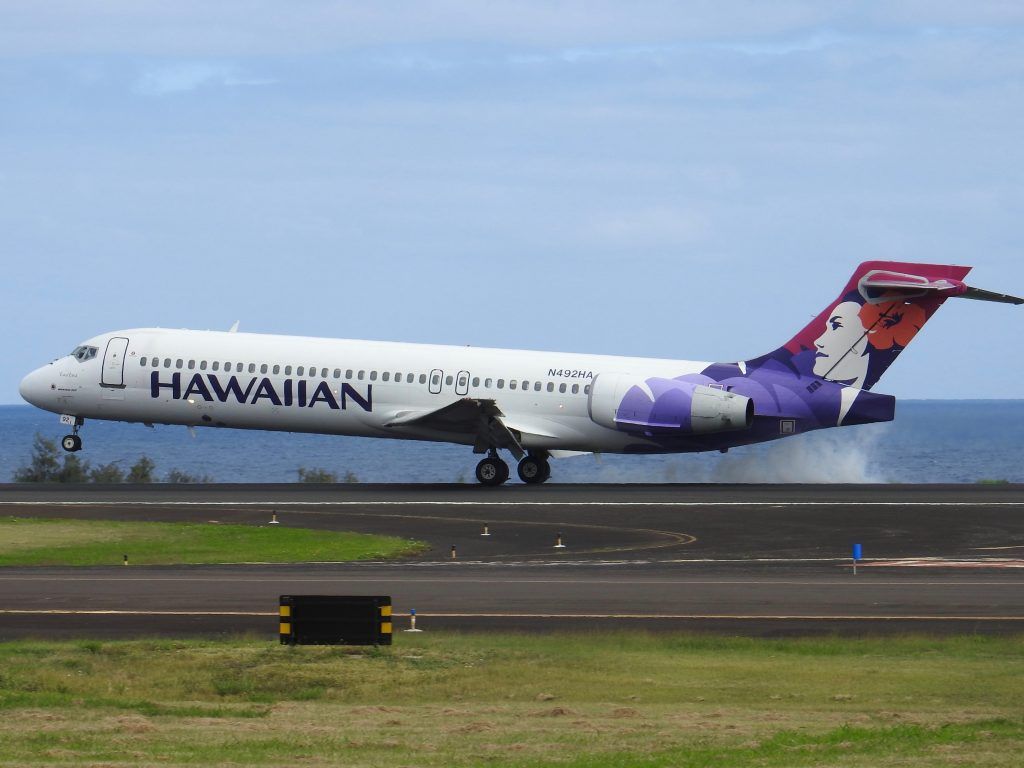 Low-cost carrier Volotea has announced its plans to phase out its remaining nine Boeing 717-200 aircraft, marking the end of the type operating throughout Europe.

The Spanish airline, which is headquartered in Asturias Airport in northern Spain, operated a total of 19 717-200s since the airline began operations. The first one — EC-LPM — arrived in December 2011 but buzzed around the skies first with Midwest Airlines in 2005 as N923ME in an 88-seat configuration. It then joined MexicanaClick, a regional carrier of Mexico’s oldest airline Mexicana, in 2019 before both ceased operations later that year.

During its time with MexicanaClick, the aircraft was reconfigured and could accommodate a two-class layout with 20 business class seats and 84 in the economy. Following its transfer to Volotea, it was re-configured to an all-economy class configuration with 125 seats. All 19 717s that went on join Volotea came with this seat layout. Volotea offers an online virtual tour of one of its 717s on its website.

Jan. 10 saw Volotea operate its final commercial flights utilizing the 717-200 aircraft, with eight being positioned to Venice, Italy, over the last couple of days before being ferried for storage in the U.S., either to the Mojave Desert or to Victorville, Calif.

EC-MGT – constructed in 2001 – landed at Venice Airport after flying in from Palermo in southern Italy earlier today.

The one outstanding aircraft, EI-MEZ, has not been recorded in operation for some time, according to FlightRadar24’s records, and was noted to be stored at Verona Airport in Italy.

Volotea and the Boeing 717

Before the COVID-19 pandemic tore the aviation industry to shreds last year, Volotea stationed its 717s across its bases at Venice, Italy; Bilbao, Spain and Athens. The aircraft were equipped with Rolls-Royce BR715 engines and could fly almost 3800 kilometers (2360 miles).

Volotea itself was set up in 2011 and founded by Carlos Muñoz and Lázaro Ros — both of whom had also set up Spanish low-cost carrier Vueling, which is now part of International Airlines Group. The airline began operations in 2012, and after much deliberation regarding its choice of aircraft, Volotea came to an agreement with Boeing to lease an undisclosed number of 717 aircraft.

Three years later, plans to receive a further four 717 aircraft were canceled eight months after announcing the expansion of the fleet. It was decided that the incoming Airbus A319, with its boost in fuel-efficiency and seat numbers over the 717, would bring an end to Boeing’s time with the airline, but the phasing out of the aircraft would be spread over the following years.

Two left in 2016, three were removed in 2019 and five were removed back in October and November last year, leaving nine remaining.

At its peak back in 2020, the airline operated a fleet of 38 aircraft. According to Planespotters.net, the airline operates a total of 20 A319s — although at least seven are currently stored — with three yet to be delivered. Historically, the airline did operate one Airbus A320 and two Boeing 737-500s. With the departure of the 717 now confirmed, the airline mirrors a number of other low-cost carriers in operating a single airbus aircraft fleet.

The aircraft itself saw only 156 ever being made and was originally known as the MD-95, a derivative of the DC-9 family, which was how Mcdonnell Douglas marketed it. Following the merger between Boeing and Mcdonnell Douglas in 1997 the aircraft eventually entered service, rebranded as the Boeing 717, two years later.

A 717-100X Lite was also abandoned. The final model was the 717-300X, a stretched version of the baseline variant, this had gained interest by airlines, particularly AirTran, which looked at converting existing -200 orders to the larger variant. But this never formalized.

Towards the end of 2020, there were 113 717-200s still in operation with four airlines. The largest airline, Delta Air Lines, continues a 65-strong fleet as part of its long-term lease from Southwest Airlines, which originated from the Dallas-based carrier merger with AirTran Airways. In total, Delta has operated 91 717-200s, but these are continuing to be phased out. It had decided to cut its 717 fleet by 50-67% back in May as the impact of the coronavirus began to formulate.

QantasLink, a regional airline of Australia’s flag carrier Qantas, still has 20 717s in on its books, operated by Cobham Aviation Servies Australia. Both the aircraft and employees were brought in-house in May 2020 after Qantas announced the purchase of Cobham Australia’s National Jet Systems subsidiary.

The last operator to continue flying the 717 is Hawaiian Airlines, which currently has 19 in its fleet. Although the carrier does have an eye on the door in terms of exiting the type from its main fleet, Hawaiian has insisted it will continue to operate its 717 aircraft amongst its interisland fleet.

“The 717s, our interisland aircraft, they’re absolutely fantastic planes. Simply, no plane is better suited to operating in this environment – very high frequency, short stage length, but with a lot of passengers. The 717 is absolutely the perfect airplane for that,” Mannis told Simple Flying.

He continued by saying, “We’ve said that we intend to have that fleet through sort of the middle of this decade, and so we’ve got a bit of time to figure out what our plans are around the fleet. And right now, we’re really, really happy with that, the 717, in our arsenal as we start to ramp up flying interisland again.”

One Down  – Three Remain

This new year see’s the pattern continues from the previous, with many types being withdrawn from airline fleet lists around the world.

The withdrawal of the Boeing 717 from Volotea marks the end of its presence over European Skies, it joins fellow European airlines in the history books for operating the 717 which includes Finnish airline Blue1; Spanish carriers Aerolineas De Baleares, Quantum Air and Spanair; and finally the defunct Greek carrier Olympic Airlines.