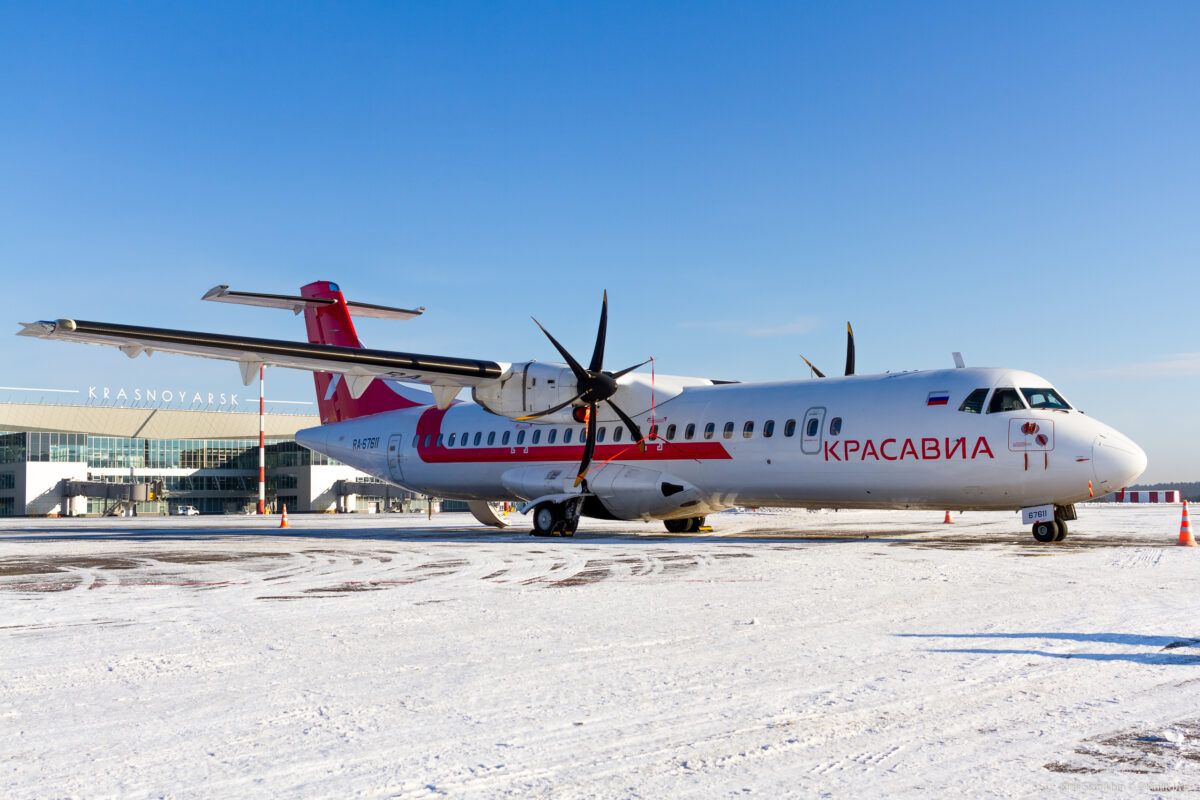 Russian regional carrier KrasAvia has taken delivery of two ATR 72-500s. The aircraft delivery marks the first ATRs ever registered in Russia, but not the only ones flying. The planes are also the first foreign-built aircraft taken on by KrasAvia.

KrasAvia is a Russian regional carrier based in Krasnoyarsk, Siberia. The carrier focuses on connectivity to cities in the Far North of Russia using a fleet of Russian-built turboprops and regional jets. The airline is owned by the state government of Krasnoyarsk Krai and operates socially significant routes in the sizeable state.

The entry of the two ATR 72s will be a breath of fresh air for the country’s largest regional airline. The planes will replace the carrier’s 40-year-old Antonov An-24 and An-26 turboprops and offer far better range and efficiency.

Air connectivity is critical for a region like Siberia with its harsh conditions and challenging terrain. To take off and land in sub-zero temperatures safely requires a reliable aircraft, a role that ATR is hoping it can fill. Russia’s vast size (earning it the world’s longest domestic routes) means the ATR 72s will also be pushed to the edge of its range.

The longest route to be flown with the new planes will be Krasnoyarsk to Khatanga, on the Arctic coast, a four-hour flight of over 1,822 kilometers.

In a statement discussing the decision to buy its first foreign planes, Andrey Egorov, General Director of KrasAvia, said,

“The acquisition of these two ATR 72-500 shows that we are ever more committed to improving our fleet and offering our passengers a smoother flying experience…Thanks to the ATR 72-500 versatility and modern and spacious cabin, we will continue to support the connectivity needs of the Siberian communities, with increased seat capacity and higher standards of comfort.”

KrasAvia’s two planes are both second-hand aircraft from Swedish carrier Braathens Regional. Data from Planespotters.net shows that both planes are over 10-years-old and served two Nordic airlines before returning to lessors. They likely have a long future ahead with KrasAvia considering their lifespan.

As international travel largely shut down last year, domestic and regional demand has been up, especially in Russia. The country has seen its bustling domestic market return to 2019 levels and some carriers even exceeding their numbers. In this climate, airlines have been looking to get their hands on more narrowbodies and turboprops than fancy widebodies.

With vaccine rollouts in full swing in a few select countries, many are hoping that international travel will see a similar trend. While a V-shaped recovery seems unlikely due to border closures, the late summer could prove much more lucrative than the last. For now, regional airlines are reaping the benefits of the demand.

Russia’s short to medium-range narrowbody MC-21 has been making a good deal of progress over the past year. Recently, th …

Yesterday, a partial radio failure forced an Airbus A320 operated by Aeroflot to return to its departure airport. The ai …