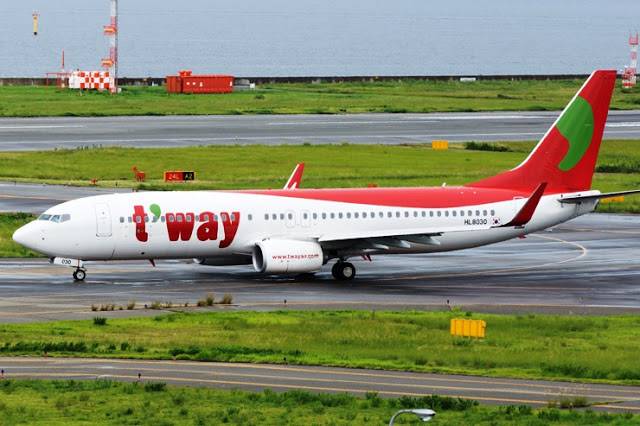 Korean budget carrier T’way Air has said it will commence flights from Seoul to Croatia in late 2021 after signing a letter of intent to lease three Airbus A330-300 aircraft in order to introduce new medium and long-haul routes. The move comes as part of the budget airline’s efforts to prepare for a rebound in air travel demand after the pandemic. T’way currently operates a fleet of 27 Boeing 737-800s on flights to Vietnam, China, Japan and Taiwan. With three A330-300 jets to be leased gradually later this year, the airline will commence services to new destinations. In addition to Croatia, they include Singapore, Malaysia, and Australia.
T’way has received all necessary permits from the Korean Ministry for Land, Infrastructure, and Transport to launch up to four weekly commercial flights between Seoul and Croatia. Last year, Korean Air terminated operations between Seoul and Zagreb due to the coronavirus pandemic and currently has no plans to restore the service this year. However, the Croatian Ambassador to South Korea, Damir Kušen, said Korean Air has kept its permit for up to three weekly flights to Croatia, meaning they can resume their Zagreb service at any time, while T’way will provide an additional boost for the Croatian tourism industry.
Some half a million Korean tourists visit Croatia on an annual basis. Korean Air handled 43.123 passengers on its flights between Seoul and Zagreb in 2019. Although Zagreb is the main point of entry for Korean tourists, Dubrovnik continues to be one of the main drawcards for travelers. Henry Oh, the Chairman of Global Tour, the first private travel agent in Korea, as well as the Industry Council Chairman of the Pacific Asia Travel Association, has expressed interest in visiting Croatia together with another ten leading Korean tour operators in order to restart travel with the country once the epidemiological situation is under control.