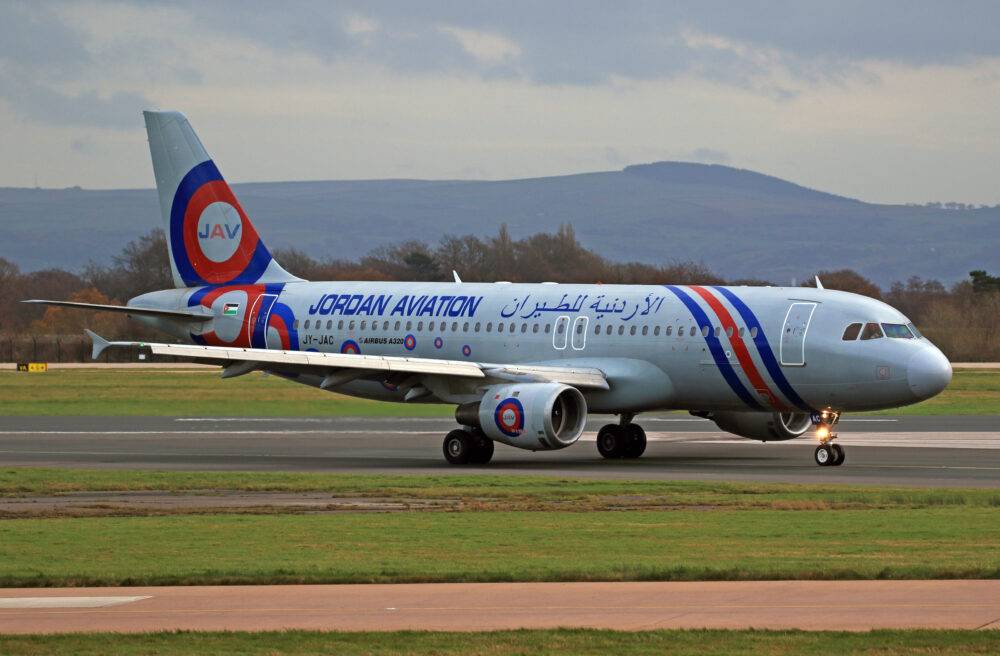 Jordan Aviation has applied with the United States Department of Transportation (DOT) to fly between Jordan and the United States. The airline is mostly known for providing charter flights and wet lease services. Now, however, the carrier is looking at scheduled operations from April of this year.

Jordan Aviation applies for US flights

In a filing to the Department of Transportation, the airline has requested permission to operate scheduled and charter air flights between Jordan and the United States. The airline indicated that it wants to start scheduled services by April 1st, 2021.

However, before that, it will be operating charter-only services after it receives necessary governmental approval. For these charter services, the airline wants to fly people and cargo, which it notes is mainly PPE right now.

What aircraft does Jordan Aviation have?

Jordan Aviation listed a fleet of 12 aircraft. This includes the following aircraft:

The only aircraft capable of making nonstop flights to the United States are the Airbus A330-200 and the Boeing 777-300. While Jordan Aviation did not release information about which planes it would use, the A330-200 is a solid bet, given that it is smaller and easier to fill than the 777, and it also has a fair bit of cargo capacity.

Where will Jordan Aviation fly?

Jordan Aviation did not explicitly reveal where it wants to fly. However, it is likely to a major city with a major diaspora of Jordanian people in the United States. This includes areas like New York City, Washington, D.C., and Detroit.

The flights to the United States would most likely be out of Amman’s Queen Alia International Airport. It is the main international gateway to and from Jordan and a hub for Jordan Aviation.

Current air links between the US and Jordan

Aside from Washington D.C., Royal Jordanian already services most points in the United States where there would be the significant origin and destination demand. The airline flies Boeing 787-8 aircraft with 270 seats. This includes 24 lie-flat business class seats and 246 standard economy class seats.

The demand for flights to Jordan is primarily driven by visiting friends and relatives (VFR) travelers. These are mostly leisure travelers filling up the back of the plane and terminating their journey in Jordan.