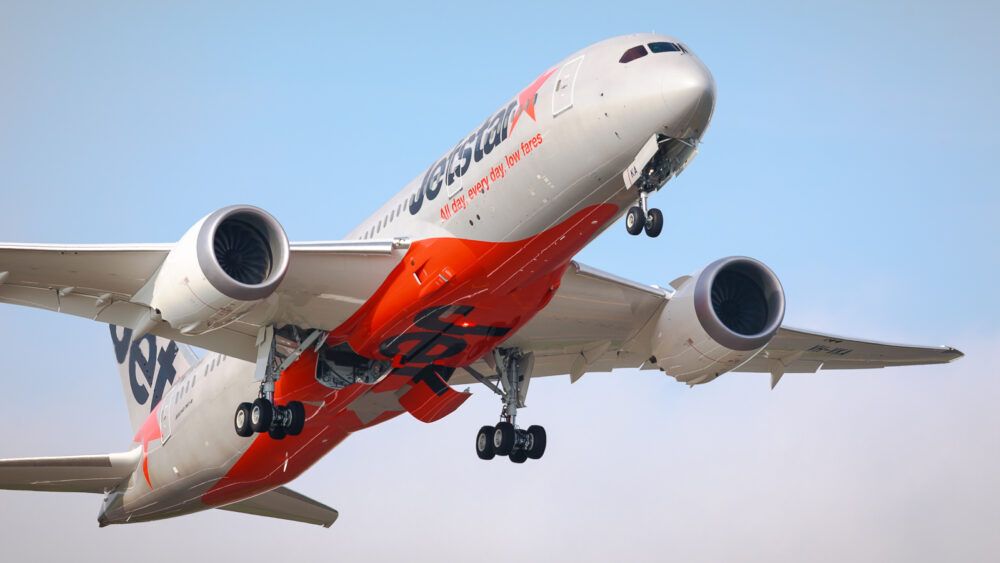 A New Zealander is claiming Jetstar ground staff at Queenstown Airport got stuck into her box of cherries. The unidentified woman was checking in for a flight to Auckland last month and was told her luggage was overweight. The passenger surrendered the box of cherries, but when she chased it up the following day, she discovered the box was significantly lighter.

The story is reported in Christchurch’s Star News today. According to the newspaper, the passenger was among a group of four people boarding a Jetstar flight from Queenstown to Auckland on December 11. The report didn’t identify what flight the passenger was on, but Jetstar typically has three direct flights a day between Queenstown and Auckland.

When checking-in, the passenger’s luggage was over the allowance. Like most low-cost airlines, Jetstar gives you a small complimentary cabin bag allowance. However, checked-in luggage costs more and starts at NZ$11 for a 15kg bag. Typically, Jetstar is fairly tough with its luggage policies.

The passenger claims Jetstar staff said they’d dispose of the cherries. She claims she offered to pay cash to cover the difference, but Jetstar counters don’t take cash. Because the flight was close to closing, she also wasn’t given the time to lighten her luggage by taking anything out.

The passenger accepted Jetstar’s offer to dispose of the cherries and flew to Auckland without any further issues. However, the next day, the passenger decided to send someone out to Queenstown Airport to pick the cherries up and courier them to her.

That’s when things went slightly haywire. The following day, when someone went out to the airport to collect the prized cherries, they were still there. Or at least some of them were.

At Queenstown Airport, a friendly outsourced Jetstar baggage handler went and had a look in the staff fridge out the back, and success, there was the box. But half the cherries were eaten. Technically, you might be able to argue that eating constitutes disposal. Nonetheless, the passenger was unimpressed.

“They’ve got no right to eat them. It is against their policies. We picked those cherries with love, and that is what hurts,” the cherry deprived passenger told The Star. Given the price of cherries, who can blame the lady for being so unhappy?

Did the passenger surrender her claim when she agreed to disposal?

According to the report, Jetstar offered NZ$50 in compensation and said it was investigating. We are unable to ascertain Jetstar’s policy on what happens when a passenger surrenders foodstuffs or drinks. However, the passenger did reportedly accept Jetstar’s offer to dispose of the box of cherries. Generally, by handing the cherries over and agreeing to their disposal, you surrender your claim to them.

But in the same way, the TSA wouldn’t allow one of their employees to take home a bottle of surrendered L’Oreal shampoo, airlines would have official disposal methods for passenger’s property surrendered at check-in. The staff fridge probably isn’t an approved disposal method.

“To me, it is like they basically took her luggage and stole it,” said the man who popped into Queenstown Airport to pick up the cherries the next day.

EXPLAINED: HOW NEW ZEALAND WILL PAUSE BUBBLE FOR COVID

Monday’s opening of the two-way, trans-Tasman bubble marks one of the most significant moments for the industry since th …