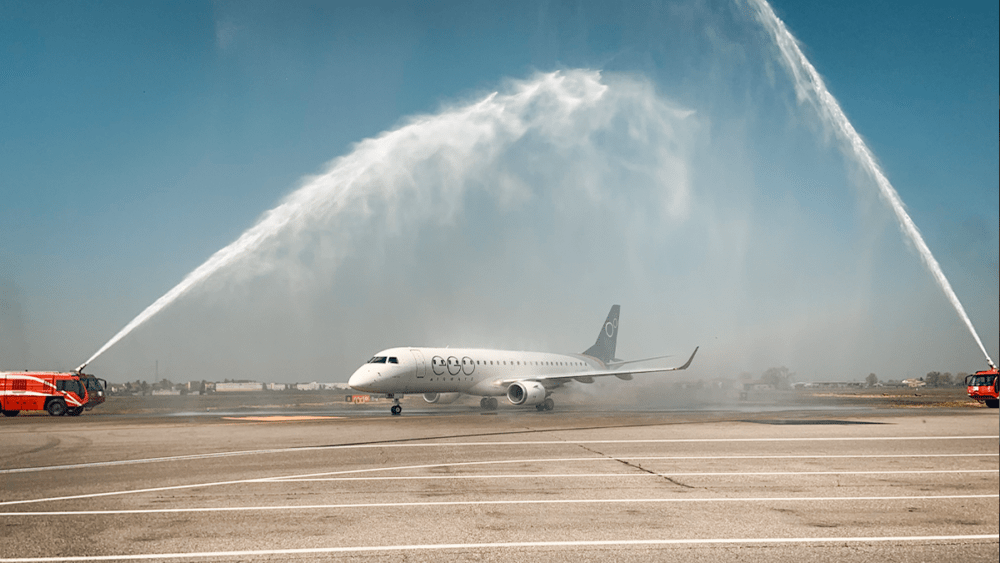 Although the airline company was founded almost two years ago, EGO Airways only operated its maiden flight just last week. On March 30th, the airline’s one and only Embraer E190 (affectionately named Martina) took off from Catania Fontanarossa Airport (CTA) for Giuseppe Verdi Airport in Parma (PMF).

According to EGO Airways’ website, it was only on March 30th that the carrier operated its very first commercial flight. The airline was founded in 2019 and had received its one aircraft last year, in July 2020.

On the special day, the E190 departed Catania Fontanarossa Airport at 10:37 local time. After flying for just 82 minutes as EGW303, the jet touched down in Parma at 12:00.

Prior to the maiden flight, EGO Airways had issued a public statement about the event, saying,“We would like to wish to Martina and all the passengers who will face this important moment with her, a good flight. Just be yourself, cause from today we’ll do the rest.”

Very much the epitome of a “small airline startup,” EGO Airways’ fleet consists of a single aircraft: A 13-year-old Embraer E190 aircraft that the airline has named Martina.

While many airlines give their aircraft nicknames, EGO Airways has really leaned into this practice and the naming of its very first jet. The airline has even written a full post on its naming of Martina.

“The name is a matter of fact the self-awareness of that part of us that is spirit, that distinguish us as unique individual…It is for this reason that our airline has decided to assign a name to all our aircrafts, so that they are not inanimate objects, made out of iron and steel, anymore, but to give them a soul…Out of this consideration, our first born was Martina, from the latin genitive of Mars, Martis, that you can translate as “Mars/of Mars.” -EGO Airways

Prior to being named Martina, the E190, registered as I-IGOA, had flown with Copa Airlines Colombia for much of its life. Registered as HP-1566CMP, it started off by flying for Copa Airlines in Panama before being leased out to the Colombian affiliate.

While EGO Airways says that it received its E190 on July 29th, 2020, data from Planespotters.net indicates that its ownership changed only in October 2020.

With this one regional jet, EGO Airways will be serving destinations across Italy. The airline says that upon receiving its 2nd E190, it will have two main hubs: “Ridolfi” (Airport of Forlì) and Fontanarossa (Airport of Catania).

The airline recently announced its summer destinations, adding the holiday spots of Ibiza, Mykonos, and Olbia.

United Airlines is now in the second sudden fleet crisis. After facing the surprise grounding of select Boeing 777 aircr …