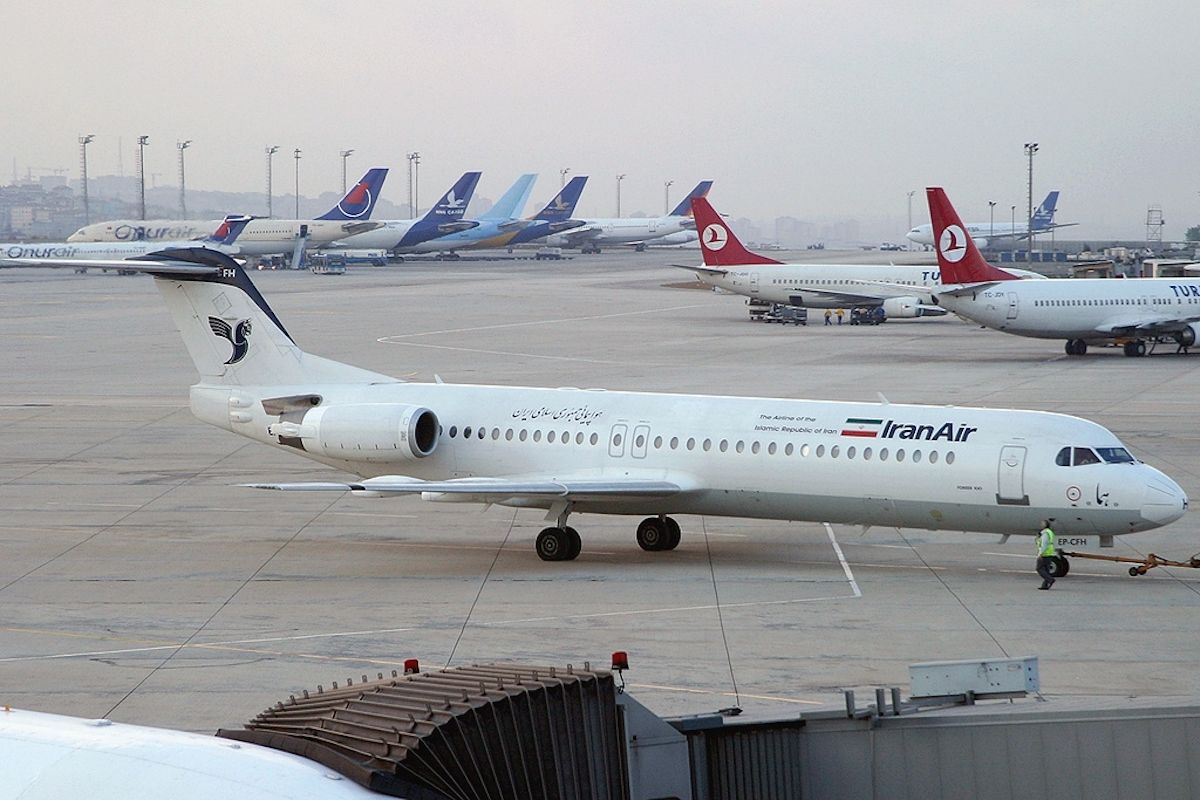 On March 4th, an Iran Air Fokker 100 flying domestic service from Ahwaz to Mashad diverted to Isfahan after an attempted hijacking. The decision was made after security guards onboard managed to successfully neutralize the perpetrator. Sources note that the hijacker sought to divert the flight to the “southern shores of the Persian Gulf.”

According to multiple sources, flight IR334 flying from Ahwaz to Mashad in Iran experienced an attempted highjacking. The Aviation Herald reports that the flight had 63 passengers and four crew members.

While precise flight data was unavailable for this flight, IR334 typically departs Ahwaz at 19:15 on most days it operates. With the diversion airport of Isfahan located a mere 180 nautical miles from Ahwaz, it seems like the hijacking attempt would have occurred shortly after take-off, perhaps once the jet finished its climb to cruising altitude.

When the perpetrator attempted to take command of the plane, threatening the flight with a bomb, members of Iran’s Revolutionary Guards stepped in and neutralized the would-be hijacker.

The Revolutionary Guards reported the hijacker wanted to divert the aircraft to the “southern shores of the Persian Gulf” – a region that would include the states of Bahrain, Saudi Arabia, and the United Arab Emirates. These three countries which currently have uneasy relations with Iran.

With the aircraft’s proximity to Isfahan at the time of the incident, it diverted to the airport and landed safely there at about 22:40 local time. After touching down, the jet taxied to a safe area, where the passengers disembarked. Once the aircraft free of passengers, it was inspected by security personnel. No injuries were reported.

Why were members of the Revolutionary Guard onboard?

So how was this flight ‘lucky enough’ to have members of an elite military branch onboard? Actually, this government group has been responsible for Iranian aviation security since the 1980s, after a number of incidents that saw opposition groups seize aircraft.

Al Jazeera notes that Iranian domestic flights are reported to carry armed air marshals from the Guard on board to disrupt any attempted attack or hijacking. In this capacity, they perform a similar role to Federal Air Marshal Service (FAMS) in the United States. This particular group is a branch of the Transportation Security Administration.

In Iran, the two most recent attempts of this nature took place in 2000. One took place in September 2000 when a man armed with a fake pistol and a gasoline bomb made attempts to seize an Iran Air Fokker 100. His goal was to have the aircraft flown to France.

The Iran Air Fokker 100, registered as EP-CFM, is 28.9 years old, according to data from Planespotters.net. The aircraft began its service life in Asia with China Eastern Airlines and then moved to Brazil in 1998 to fly with TAM Linhas Aéreas. The jet has been with Iran Air since 2007 and is configured to have 104 seats in an all-economy layout.