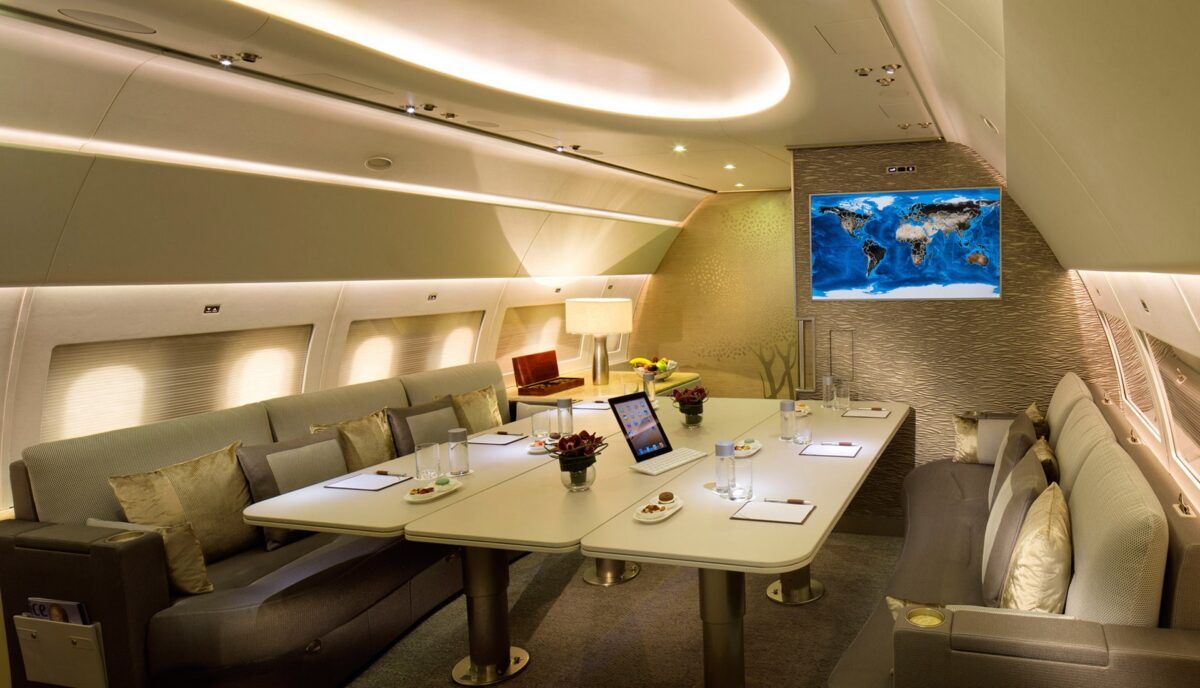 When you think of the most luxurious airlines in the world, Dubai-based UAE flag carrier Emirates is likely to be near the top of your list. Its extensive widebody fleet allows it to showcase its glamorous onboard products all over the world. But did you know the airline also owns a VIP-configured Airbus A319?

Luxurious, even by Emirates’ standards

Emirates’ Airbus ACJ319 (with the prefix standing for ‘Airbus Corporate Jet’) bears the registration A6-CJE. It has been operating with Emirates Executive since May 2013. It rolled off the factory line in Hamburg, Germany, and first flew in August 2011. It spent the first two years of its career operated by Airbus itself, registered as F-WHUL.

Today, Emirates Executive hires out the ACJ319 on a fully-customizable basis. Up to ten passengers can enjoy “private suites, larger than those in our premium first class cabin,” as well as an exclusive shower suite.

Much like Emirates’ mainline commercial services, a wealth of onboard entertainment is available at your fingertips.

The aircraft is also conducive to getting work done onboard. The front part of the cabin operates as a living space and can serve several functions.

Guests can use this fully-customizable area as their “own private restaurant, a personal boardroom for conferences and meetings, or simply to relax in.” Its sofas can also be converted into beds for five passengers, in addition to the ten suites. In a seated configuration, 19 passengers can be accommodated.

Where can it fly?

The aircraft’s low-density configuration allows it to fly further than a standard A319. Emirates Executive states that it “can fly up to eight hours non-stop to locations within and outside our route network, or to multiple destinations if you’d like to include a stopover.”

The map below depicts the aircraft’s operational range from its base in Dubai. The UAE’s location allows it to serve all of Europe non-stop, as well as the majority of African and Asian destinations. The Americas and Oceania are also just a stop away, for those who can afford to hire the jet for multiple legs at a time.

A similar Middle Eastern luxury A319

The ACJ319 is a very similar aircraft to the A319LR. Fellow Middle Eastern carrier Qatar Airways launched this long-range Airbus narrowbody in 2003. Since then, it has seen various seating configurations.

Between May 2014 and November 2015, Qatar Airways operated the A319LR on one of its lucrative Doha-London Heathrow rotations. To add an extra layer of exclusivity to the service, it configured the aircraft in an all-business-class setup. This consisted of 40 flatbeds.

Admittedly, this was not a private jet in the sense that Emirates’ A319 is. However, it still represented exclusive luxury and was the first all-business service between London and the Persian Gulf.