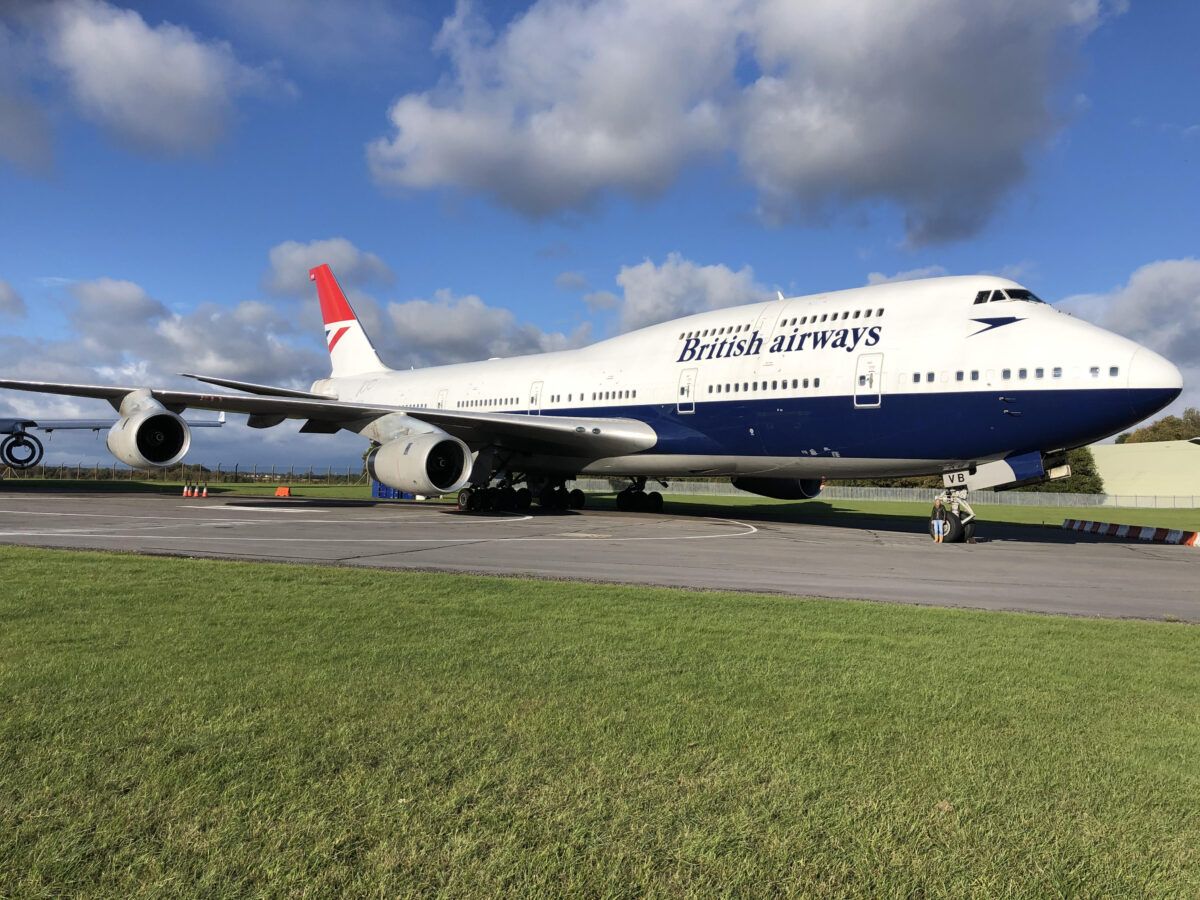 After being introduced over five decades ago, the Boeing 747 went on to revolutionize airline operations forever. Its famous hump is always a welcome sight at airports across the globe. Sadly, the first commercial widebody is being retired at a rapid rate, making it a unique experience to spot a passenger unit these days. However, the staff at Cotswold Airport in the English county of Gloucestershire have plenty of jumbos to look at.

The location is an important facility that takes care of the Queen of the Skies after they fly in from their previous operators. This week, Simple Flying had the opportunity to speak with Cotswold Airport CEO & Group MD Suzannah Harvey about activity at the site.

Previously going by the name of Kemble Airfield, the former Royal Air Force station has strong ties to the local community. The British military was deployed here from 1938 until 1993, and prominent fighter aircraft such as the Red Arrows could be seen making their way out of the field.

It wasn’t only forces from the United Kingdom that would operate at Kemble. The United States Air Force was posted here during the Cold War for maintenance on their A-10 Thunderbolt planes. Northrop F-5s, Lockheed C-130 Hercules, Boeing KC-135 Stratotankers, and McDonnell Douglas F-15 Eagles would also be spotted after the Americans moved in.

After the Cold War, the US Air Force left and handed the field back to the Ministry of Defence. Eventually, it was sold to Ronan Harvey, a local businessman, in March 2001. This move caused the site to go through a significant shift as Commercial and civilian activity started to ramp up.

A change of scene

There is plenty on offer at Cotswold. Nonetheless, the activity that stands out the most is the plane storage and breaking program.

Aircraft generally arrive to be parked onsite or be recycled at Air Salvage International (ASI). This group is based on the outskirts of the field. This organization is a market leader when it comes to aircraft maintenance, storage, and breaking.

The planes are carefully decommissioned by ASI and its partner company GCAM. As many components as possible are recommissioned into service and anything that cannot be reused is recycled.

However, not all airliners arrive to be broken down. There are several that depart to go straight back into service, while others are sold on to another airline or converted for cargo.

Staff members are used to taking in retired aircraft. Still, there have been more coming in than usual over the last year. Amid the pandemic, passenger planes have been on the ground for long periods. So, with limited space at airports around the country, Cotswold is a great solution for storage needs.

Overall, despite the global health crisis reducing activity for the airport in some aspects, it has kept it busy in others. Cotswold has an unprecedented amount of jets coming in for storage and breaking.

“On the back of the CAA and DFT guidelines to close the airport in periods of lockdown, our operational income went to zero overnight. We are however very lucky to have been propped up with the airliner storage which has kept us going. Our runway is only 2m shorter than Bristol International, so we can accept most heavy jets,” Harvey told Simple Flying.

“Operationally it was dire and having to effectively close our restaurant AA8 for the last 12 months is a real blow.”

Overall, Cotswold has notable reverence for the aircraft that come in, especially the legendary 747. There are big plans for one of the jumbos that are on-site, which will be good news for visitors. Meanwhile, management is preparing to scale up flight operations.

“We are working on getting Negus (our British Airways 747 that we own) moved onto a new custom build apron on the public side behind our restaurant and utilising her for events and public viewing,” Harvey said.

“We have also achieved our GNSS approach and are just awaiting the ‘Plate’ to be issued by Garmin so will be building up our business jet activity whilst still supporting GA.”

Looking at the decade ahead, there are also positive projections. Cotswold is looking to adopt a green ecological plan to move to carbon-neutral status. Harvey hopes the company can achieve this within the next 10 years.

Altogether, even though it’s sad to see so the Queen being let go by so many of its commercial operators, we are lucky that they are being taken care of by an institution that has tremendous respect for the plane and has aviation in its DNA.

It is becoming a rarity to spot a jumbo in the skies. Therefore, after the restrictions of the pandemic begin the clear, it won’t be a surprise to see several locals and others around the UK longing to pay a visit to Cotswold to spot one.

To keep up to date with the operations at the airport or see some more activity behind the scenes, follow Suzannah Harvey and Cotswold Airport on Instagram.

On the surface, the difference between state-owned and private airlines is clear. A government wholly or partially owns …