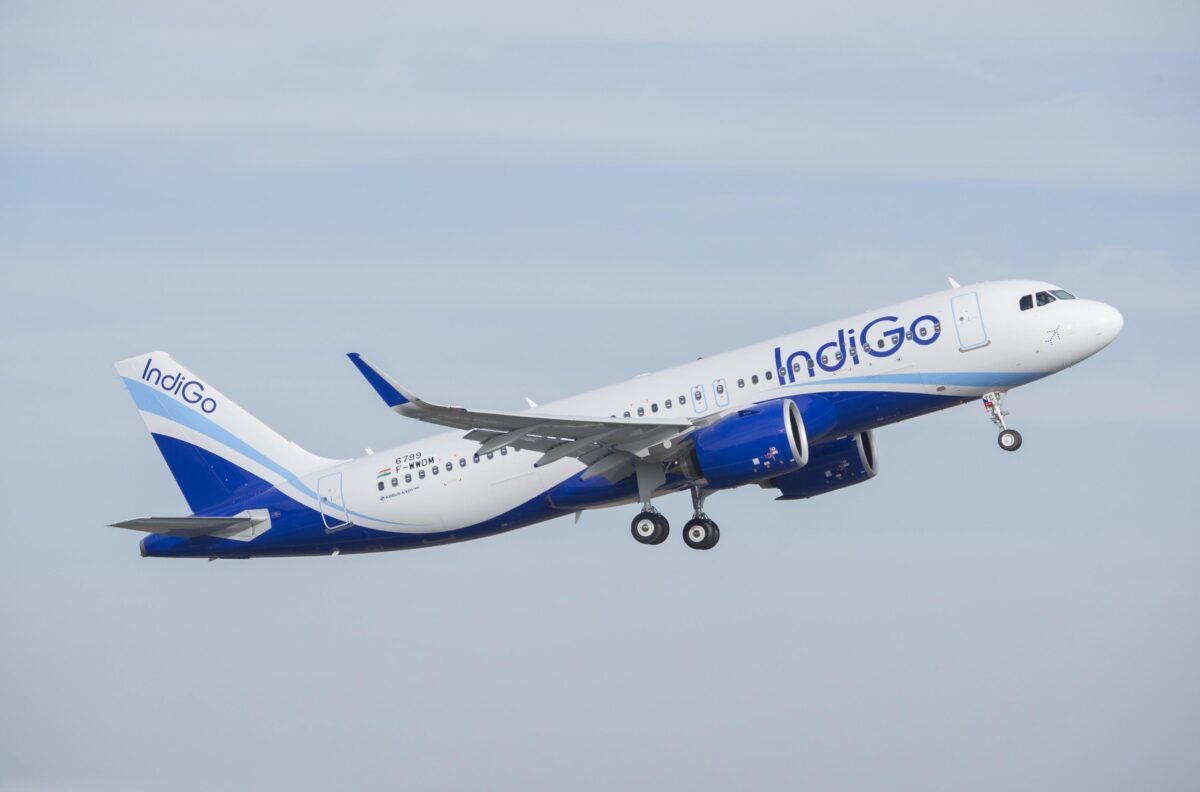 An IndiGo Airbus A320neo diverted to Kolkata after suffering from engine issues. The aircraft was flying from Guwahati to Bangalore when the pilots noticed a warning notification. The flight landed safely and passengers were later taken to Bangalore on a replacement aircraft.

The incident occurred on IndiGo flight 6E291 from Guwahati to Bangalore yesterday, 9th February. The flight departed Guwhati at 12:38 PM local time and began its journey over Northeast India and into Bangladesh.

The aircraft reached a maximum altitude of 32,000 feet soon after takeoff but then began descending. It was likely at this point that the crew were alerted of a possible engine issue via a warning light in the cockpit.

The plane then descended to 24,000 feet in the minutes after the incident and diverted to Kolkata, the closest airport at 150 nautical miles away. According to IndiGo, the flight did not declare an emergency but requested a priority landing due to “a caution message was observed by the pilot.”

The flight safely landed in Kolkata at 13:42 local time and passengers were deplaned. According to the Aviation Herald, a replacement A320neo was deployed to carry passengers from Kolkata to Bangalore, with the flight finally arriving with a two-hour delay.

The aircraft involved in the incident was a new Airbus A320neo, registered VT-ISD. The plane was delivered to IndiGo in June 2020, making it just over eight months old currently. Data from RadarBox.com shows the plane has almost exclusively been flying domestic flights since its delivery last year.

After checks on the ground for nearly 12 hours, the plane is scheduled to operate a flight from Kolkata to Delhi later today. This likely means there is no major fault with the aircraft and all issues have been checked.

Key to the fleet

The A320neo is key to IndiGo’s fleet future plan. After announcing that it will retire its entire older A320-200 (or ceo) fleet in June, the airline has ramped up the pace of its delivery despite the circumstances. In 2020, IndiGo became Airbus’ largest delivery customer after taking delivery of 44 A320neo family aircraft.

The A320neo, in particular, is deployed across the airline’s vast domestic network, all the way from the Northeast to Southern island. Prior to the pandemic, the plane would also fly key international routes to popular destinations in the Middle East and Southeast Asia. However, the delivery of many more A321neos could mean larger aircraft on some of these routes in the future.

The budget giant doesn’t seem to be slowing down in 2021 either. IndiGo has already taken delivery of two more A321neos this year and has several others waiting for delivery. For now, IndiGo is keenly waiting for the air traffic and recovery and to continue its growth.

SpiceJet has announced 66 new domestic routes, including dozens of regional routes under the UDAN-RCS scheme. Many route …