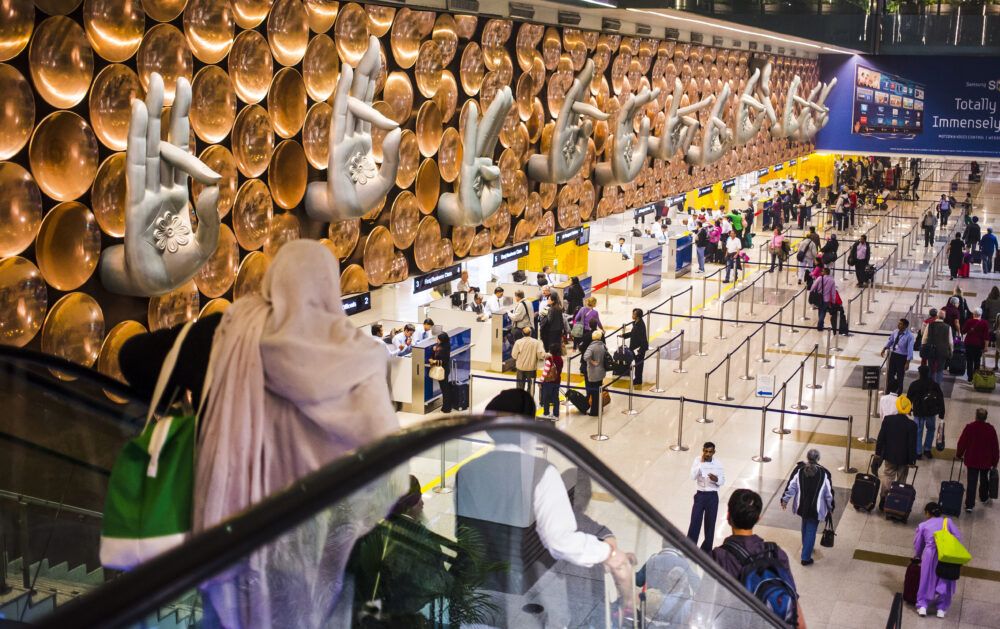 India has made its largest airport drug bust in history this week, seizing ₹68 crores ($9.28 million) worth of heroin. The drugs were found during a search of two passengers traveling from Uganda, who hid them in their checked bags. Here’s more on the incident.

In a statement from the Customs Department, seen in Outlook, two men were arrested at Delhi Airport for smuggling drugs into India on Sunday. The two Ugandan men had traveled from Entebbe through Doha, likely meaning they took a Qatar Airways flight to reach India. Both men are said to be in their mid-30s.

The drugs were found in both travelers’ check-in bags, which means they made it through security both at Entebbe and Doha Airport before arriving in Delhi. The drugs were stored in 51 separate pouches, hidden in a false cavity of the checked-in bags along with books to avoid suspicion.

The 51 pouches contained a total of 9.8kgs of what is believed to be heroin, valued at ₹68 crores, or $9.28 million. This would be Delhi Airport’s largest-ever drug bust, with most others being of lesser value. But why are flights such common ways to smuggle drugs?

Airports around the world have strict drug detection techniques due to the frequency of smuggling incidents. From random checks at customs to sniffer dogs at check-in and boarding, airports are always vigilant for potential smuggling. Both checked in and hand luggage also undergoes security checks, usually X-Ray scanners, before reaching the flight.

Flights are the fastest way to transport drugs over long distances, requiring only a few hours rather than days over shipping or driving. This explains why smugglers try to recruit airline crews and passengers to try and transport drugs without suspicion. Just last week, 80kgs of cocaine was found on a KLM Cargo 747, prompting the arrest of some crew members.

However, drugs aren’t the only thing being smuggled in by passengers. The last few years have seen scores of passengers trying to bring gold into India without customs declarations. With a value in the millions, many passengers purchase gold abroad (from countries with lower prices like those in the Middle East) and try to skirt customs. However, many find themselves arrested and heavily fined for such attempts.

Last week, Mumbai Airport officials found themselves in hot water after a quarantine-skipping scam come to light. One staff member was reportedly taking bribes and falsely certifying passengers as being eligible for home quarantine. As COVID-19 adds new complexity to airport security, many have been struggling to keep up.

Travel restrictions and fewer flights have meant fewer reported incidents of drug smuggling in the last year. However, airport officials remain on high alert of passengers trying to break laws and bring in contraband, regardless of what it might be.