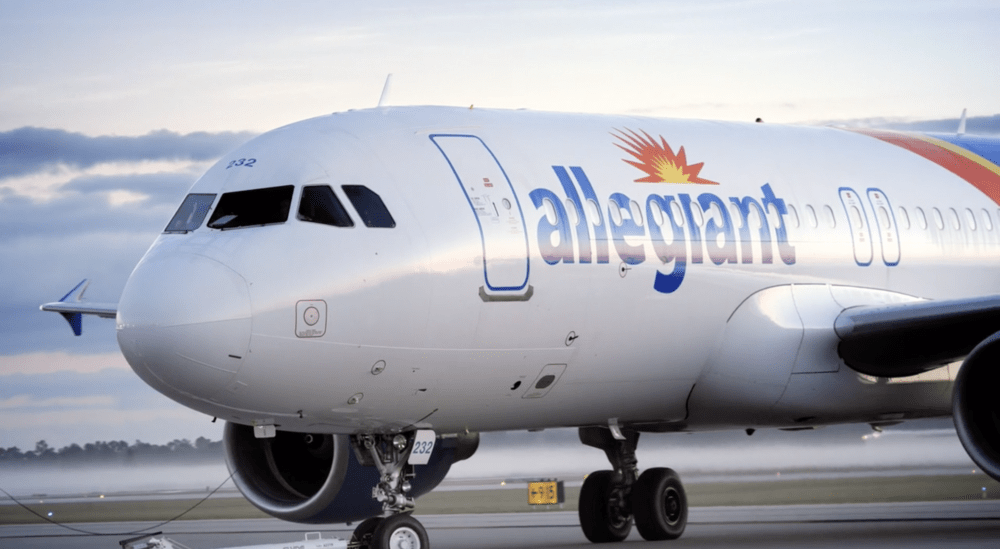 Allegiant Air on Friday reported its March passenger numbers. Capping off the first quarter, which ended far better than it started, Allegiant increased capacity for the month by a whopping 14% compared to the same month in 2019 at a time when most other airlines are still operating in the red with capacity compared to 2019. As the airline heads into the summer, optimism is the name of the game for Allegiant.

Measuring capacity by available seat miles, Allegiant’s March 2021 capacity was up 13.8% compared to March 2019. An impressive growth that saw the airline’s departures increase by a similar number, the airline had previously forecast growth in capacity in the first quarter.

The first quarter of 2021 is typically a slower one for travel. However, buoyed by a successful spring break and an improving travel demand outlook, Allegiant saw plenty of room to grow.

In March 2020, when the crisis started to unfold in the US, Allegiant started to cut down its capacity and prepared to weather the upcoming crisis. When comparing March 2021 numbers to March 2020, the airline’s total capacity was up 29.6%.

“Capacity was up roughly three percent, when compared to 2019, with March capacity up 14 percent. Although this caused some load pressure, our focus remains on generating positive cash flows and optimizing profits. We continue to expect first quarter total revenue to fall in the middle of our previous guide of down 35 to 40 percent, when compared with 2019. We remain optimistic about peak summer travel. With national vaccination rates steadily increasing and average daily bookings trending in the right direction, we expect sequential revenue improvements into the second quarter.”

What about the first quarter?

In the first quarter, Allegiant’s 2021 capacity compared to the same quarter in 2019 was up 3.1%. At the start of 2021, Allegiant Air announced it was planning an increase in capacity for the quarter, even as other airlines tempered expectations for the first quarter amid a continuing volatile situation.

March 2021 saw Allegiant transport 1,095,572 passengers. This was down 26.2% from the same month in 2019. So, even with the increase in capacity, the low load factor led Allegiant’s passenger numbers to decline.

“We are encouraged by the meaningful improvement in customer demand throughout the month of March. Average daily bookings for the month exceeded average daily bookings during the same time period in 2019. The significant improvement in March demand coupled with our industry-leading cost structure enabled us to generate positive EPS and EBITDA for the month of March, excluding the benefit from the payroll support grant. For the March quarter, we expect adjusted CASM, excluding fuel, to be down 3 to 4 percent, year over two-year.”

One of the biggest takeaways from Allegiant’s first-quarter passenger numbers and capacity is that the airline is focused on profitability. Even with a 55.8% load factor, the airline generated a positive result for earnings before interest, taxes, depreciation, and amortization (EBITDA).

A three to four percent decrease in cost per available seat mile (CASM) excluding fuel is also impressive, as ultra-low-cost carriers like Allegiant need to keep as low as possible. Combined, these results show that Allegiant is skillfully targeting its capacity, emphasizing total revenue overload factors. If the airline can keep it up, it will be one of the first carriers to turn a profit and always go back later to fix its load numbers.

Southwest Airlines is finally coming to Montana and adding a new destination in Florida. Just in time for the summer sea …

Allegiant Air recorded a $184 million net loss for the full year of 2020. However, that is not stopping the airline from …