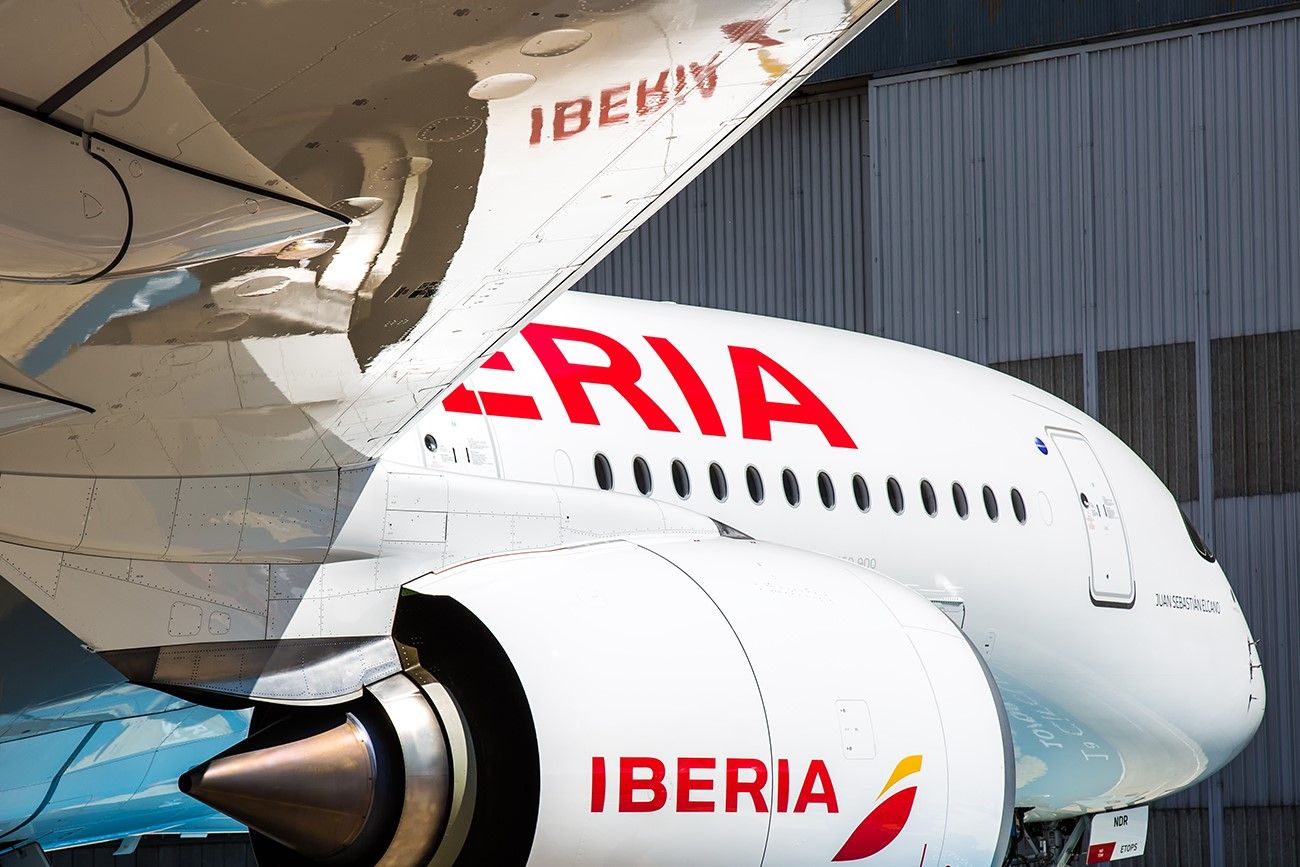 Spanish national flag carrier Iberia has its eyes firmly focused on the future. It seeks to expand its aircraft maintenance facility by converting a massive hangar and its workshops into an aeronautical industry hub for Southern Europe. Invited to see and learn about the project was Madrid mayor José Luis Martínez-Almeida.

Iberia’s decision to develop this project is intended to accomplish two goals:

When speaking about Iberia’s presentation and the airlines plan to develop the La Munoza site, Madrid Mayor José Luis Martínez-Almeida said the following remarks in a statement seen by Simple Flying:

“Today, we learned about Iberia’s bet on the future, be means of the conversion of the La Muñoza maintenance installations into a major technological hub for the aviation industry. In this effort, they will have the full support of the Madrid Council to enhance the city’s importance in this industry.”

“The Madrid City Council is working on the reorganization of the more than 1.4M m2, which will become the largest aeronautical cluster in southern Europe, attracting innovation to our city and generating qualified employment with high added value.”

“The aviation business is one of the most competitive in Spain, and this project in our installations adjoining the Madrid Airport supplies new impulse to the aircraft engine maintenance business, the development of sustainable energy sources, and aeronautical training.”

It will not be surprising to hear that Spain is one of the world’s leading counties in renewable energy. Thanks to seemingly endless days of sunshine, the la Munoza site receives 100% of electricity from renewable sources. In the coming month, Iberia plans to expand its renewable energy footprint by installing solar panels on its engine workshop roof. The solar panels are predicted to generate 80 million kWh of electricity while at the same time eliminating 32,000 tonnes of CO2 emissions during the panels working life. This is equivalent to the power consumed by 800 homes.

While at the airport to learn about how Iberia plans to develop La Munoza, Mayor Martínez-Almeida also visited the engine workshops where the solar panels will be installed. He also saw the engine testing benches and visited Hangar 6. In this hangar, Iberia has 16 cockpit simulators for pilot training and cabin simulators for training flight attendants. Together the simulators provide training for around 20,000 people per year.

Madrid is important to IAG

It is no surprise that IAG is expanding its Madrid operations. With Air Europa’s acquisition, it will make Madrid-Barajas Airport a fortress-like hub for flights arriving in Europe from South America. Given how the airline industry has suffered since the outbreak of the COVID-19 global pandemic, it is nice to see Iberia forging ahead with new projects while at the same time turning towards renewable energy.

easyJet’s CEO Warns Against COVID Tests For All Travellers