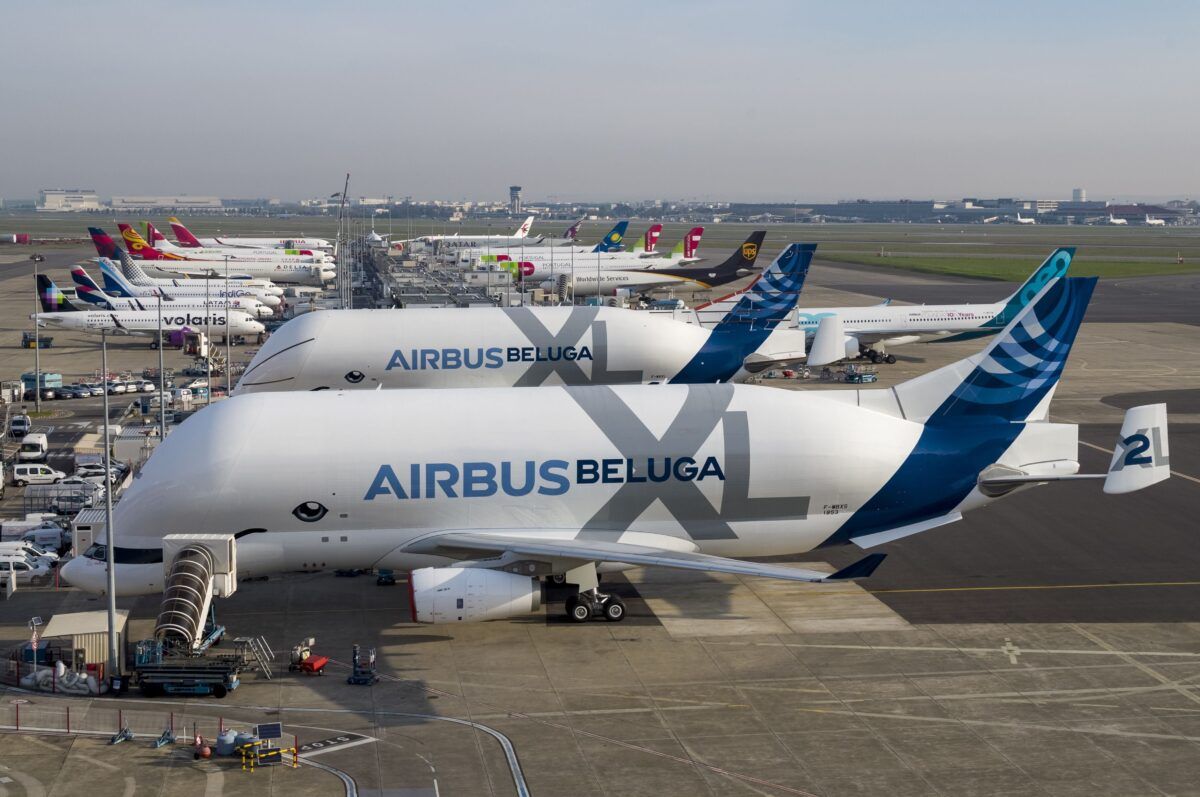 Airbus’ Beluga and Boeing’s Dreamlifter are instantly recognizable for their giant size and unique designs. However, as demand for large aircraft falls, how useful have these specialized cargo planes been? Here’s how the pandemic impacted the usage of the Beluga and Dreamlifters.

For those unfamiliar, the Beluga family and Dreamlifters are specially designed planes to carry key parts for Airbus and Boeing aircraft. For example, the Beluga and BelugaXL (based on the A300 and A330) carry parts like the fuselage, wings, and tail sections for popular planes like the A320, A330, and A350 between Airbus facilities globally.

Similarly, the Dreamlifter (as the name suggests) carries parts for the Boeing 787 Dreamliner to various facilities. Parts carried including the 787’s fuselage and long wings, which can be transported from Japan in a matter of hours compared to weeks on a ship thanks to the Dreamlifter.

How active have they been?

Considering the demand for 787 and A350 has fallen significantly in the last year, this has impacted their cargo counterparts too. According to data from RadarBox provided to Simple Flying, both planes have seen a drop in usage, with the Airbus type impacted more deeply.

From flying up to 38 daily flights in April 2019, the Beluga’s highest usage since April 2020 has only been 18 flights. Usage for the Beluga has fallen by roughly 50% year-on-year, signaling the lower aircraft demand.

The Dreamlifter has done slightly better, briefly reach its peak of 10 daily flights from 2019 in 2020 as well. However, overall, traffic for the specialized 747 has also fallen by nearly 40% in the last year.

The effects of the pandemic have been clear on both planes, with the fleet practically grounded in April 2020 as restriction reached their peak. While both planes did eventually return to flying in the second half of 2020, they are nowhere close to their 2019 highs.

It should be noted that the Beluga flies more daily rotations than its Boeing counterpart since it carries parts for several different planes. While demand for widebodies has fallen, Airbus has managed to keep delivering its popular A320 family through 2020, keeping the Beluga in the sky.

What are they doing now?

Considering the huge cargo carrying capacity of these jets, Boeing and Airbus have been deploying them for huminiatrian missions. Boeing offered its Dreamlifter for medical transport missions in late March and quickly leapt into action. In April, the aircraft was in Hong Kong picking up protective gear and was later used to transport hundreds of thousands of masks and PPE to various locations in the US.

Airbus similarly deployed its Beluga fleet to carry masks across Europe at the peak of the pandemic in April. As airline demand for planes rises once again, we can expect to see these superjumbos in the sky more often this year.