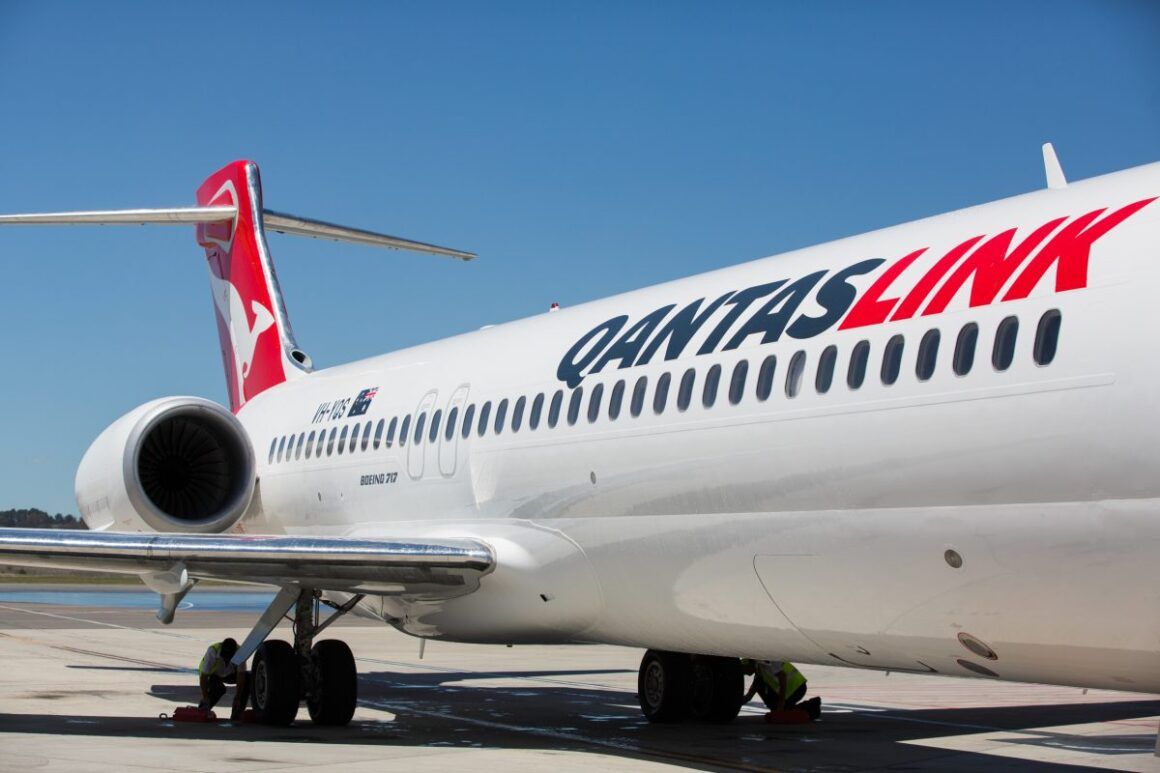 The Boeing 717-200 flies under the radar at Qantas. Many people don’t even know the airline operates the aircraft type. Flying the plane was never part of the long-term plan at Qantas. But Qantas inherited the 717-200 when they bought out another airline in 2001. Since then, the Boeing 717-200 went on to be a surprise sleeper hit for Qantas.

Strictly speaking, the 717-200s fly for QantasLink, a lookalike Qantas subsidiary brand. QantasLink mostly looks after regional flights within Australia, while Qantas mostly sticks to busier trunk routes. QantasLink is best known for its fleet of De Havilland Dash 8s. But QantasLink also flies Airbus A320s, Fokker jets, and the 717s. There are 20 Boeing 717-200s flying under the Qantas colors.

Qantas inherited its first 717-200s from now-defunct Impulse Airlines. Impulse was a regional New South Wales airline that buzzed up and down the coast. Like many other airlines, it decided to extend its horizons, moving from small turboprops to jets. It acquired five 717-200s in 2000 to start competing against the likes of Qantas and Ansett on east coast trunk routes.

That adventure lasted about 12 months. Having bitten off more than it could chew, in mid-2001, Impulse Airlines stopped flying under its own name. Qantas took over Impulse’s aircraft leases and absorbed the Impulse crews. Suddenly, Qantas had eight 717-200s in its fleet.

Whether Qantas really wanted those 717-200s at the time is largely unknown. But the small Boeing struck a chord at the airline. At the time, QantasLink was operating a few BAe146s. The BAe146 was a significant aircraft type in Australia towards the end of the 20th century, operated by some Ansett subsidiary brands, East-West Airlines and QantasLink.

Qantas quickly worked out the 717-200 was a superior plane to the BAe146. In 2004, Qantas decided to retire its last BAe146s and replace them with Boeing 717-200s. After taking the Boeing’s off Impulse’s hands, Qantas flew the planes under its then brand new Jetstar brand. But that only lasted a few years. Qantas took them back, and Jetstar set off on its long-running obsession with Airbus A320s.

Around two decades after the first 717-200s entered the Qantas fleet, these aren’t sparkling new planes anymore. The average age of QantasLink’s 717s is 19.2 years. Nonetheless, they are relatively popular planes. In addition to doing some fly-in-fly-out and charter work, Qantas uses the jets on their skinnier trunk routes, such as in and out of Canberra and Tasmania. They also usually fly the Central Australian routes. But Qantas is now starting to use Alliance Airlines Embraers on many of those routes.

Indeed, the 717-200s days are numbered at Qantas. The plane won’t be going anyway too soon but Qantas is eyeballing new planes to replace both it and the even older Fokkers they still fly around. Qantas was due to announce a new aircraft order this year. But, along with several other aircraft orders, that’s been deferred until market conditions improve. Lots of people are tipping the A220 as the replacement aircraft. However, you couldn’t rule out Embraer’s E2 jets.

The longevity of the Boeing 717-200 at Qantas proved a surprise. They were orphan planes from Impulse Airlines. But they turned out to be a hit. Even now, plenty of people would prefer to fly on a Qantas 717-200 than the more common Qantas 737-800.