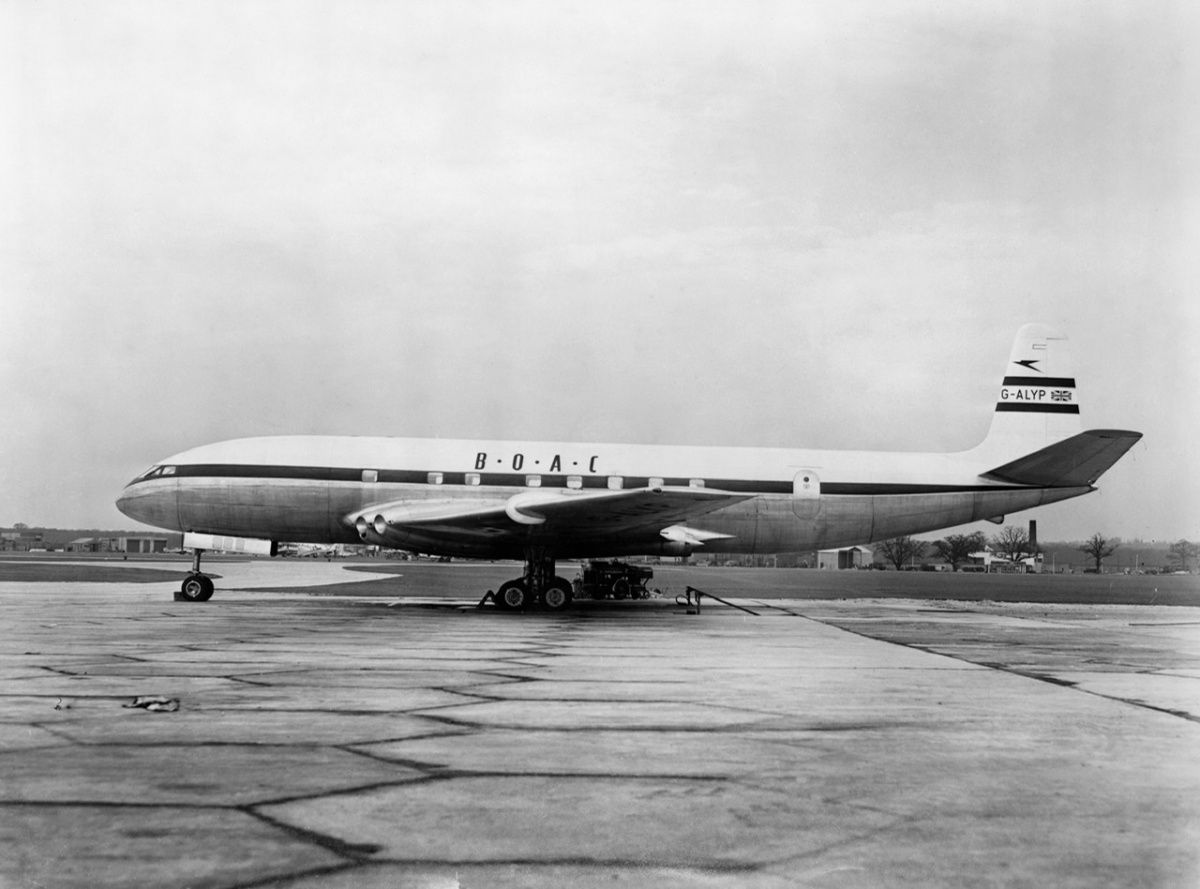 Over six decades ago, the future of United States aviation was decided. The Boeing 707 performed its first flight on December 20th, 1957, setting the standard for Boeing’s jets in the decades to come.

Boeing explains that after World War II, the United Kingdom led the way for commercial jets with the de Havilland Comet. However, structural issues led to tragic accidents that grounded the aircraft. Along with this, the buzz surrounding jet aircraft died down.

Nonetheless, Boeing president William Allen and his team believed strongly in the future of the jet. Amid this passion, the manufacturer’s board gave permission to commit $16 million ($157.9 million today) of the firm’s own money to produce the pioneering 367-80. This aircraft was nicknamed the “Dash 80.”

To help the public overcome concerns about jet aircraft amid the previous incidents, Boeing sought to use the Dash 80 prototype for press and customer flights. Additionally, an advertising campaign was launched with the plane with the mission to highlight the comfort and safety of jet air travel.

A film that was part of the campaign, titled Operation Guillotine, showed a standard, fully pressurized aircraft fuselage being “pierced by two metal blades, resulting in a catastrophic failure and disintegration of the structure.” After that, the 707 fuselage was put to the same test. However, as the five blades pierced the pressurized fuselage, wisps of air escaped from the punctures, but there were no cracks and no structural failure.

This prototype would be crucial in Boeing’s subsequent growth. Notably, several aircraft mainstays are traced back to the model.

“The Dash 80 prototype led to the commercial 707 and the military KC-135 tanker. Both planes shared the basic design of the Dash 80 but were very different airplanes, neither one being a derivative of the other. One great difference was in the width and length of the fuselage. Airlines wanted the 707 fuselage to be 4 inches (2.5 centimeters) wider than the tanker’s,” Boeing shares on its website.

“Its width and the 100-foot length (30.5-meter) made it the largest passenger cabin in the air. Placement of its more than 100 windows allowed airlines to rearrange seats. Location of passenger doors on the left side, at the front and at the rear of the cabin, became standard for subsequent Boeing jets. The exteriors of the 707 and its competitor, the DC-8, were almost identical, but the 707 wing had more sweepback, so it could fly about 20 mph (32 kph) faster.”

In only a couple of years, air surpassed rail and sea travel with the help of the 707. The name of 707 even became a fashion statement with several companies lining up to gain rights to use it for their products.

Boeing was open to tailoring the type to suit the requirements of its customers. For instance, the company built unique long-range models for Qantas, while it equipped larger engines for Braniff’s high-altitude South American operations. This personalized approach soon paid off as the 707 overtook the DC-8 when it can’t to sales.

The 707 was built for medium-haul routes. However, the type was soon making transatlantic and transcontinental trips. In total, 856 707s in all variants were delivered between 1957 and 1994. 725 of these units were for commercial services.

The aircraft was seen across the continents with most major carriers. From British Airways to Avianca, a host of popular liveries were painted on it. The plane was also a powerhouse in its country of origin.

Below are some of the major US carriers that flew with the plane:

The 707 was designated the 720 when it was modified to conduct short- to medium-range operations and for deployment on shorter runways. With this edition, the fuselage length was shorted by 9 feet (2.7 meters). Also, the leading edge flaps were changed before turbofan engines were installed. 154 720s were produced between 1959 and 1967. The 727 and 737 became the natural evolution of the aircraft.

By Boeing sticking to its guns and managing to change the public perception of jet aircraft, the direction of aviation was changed forever. Altogether, the 707 was the aircraft that kicked off a new era for Boeing and US commercial aviation. Even Boeing itself had conceded in the past that every commercial jet in its arsenal had been a development of the 707. The plane may be gone commercially, but its legacy is felt every time we hop on a jet made from its manufacturer.