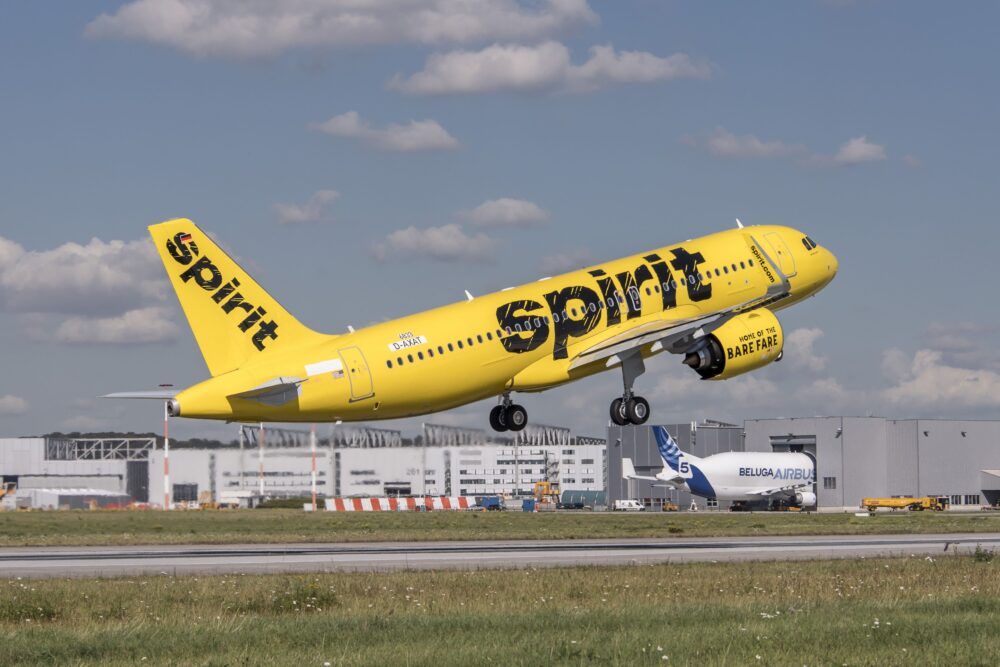 Passenger airlines faced a crisis unlike any other when the pandemic first hit. Every carrier worldwide, including ultra-low-cost carrier (ULCC) Spirit Airlines, faced cash crunches, shrinking route networks, and an evaporating pool of passengers. Spirit took some drastic measures early in the crisis. Still, as the last few weeks have proven, ULCCs are coming back strong, and Vice President of Network Planning at Spirit, John Kirby, indicated the airline’s order book benefited in an exclusive interview with Simple Flying.

A year ago, every carrier was looking at a major cash crunch and knew it was time to throw out the growth plans for at least the foreseeable future. Many carriers immediately moved to defer aircraft or cancel orders. This led to an opportunity for Spirit Airlines, as Mr. Kirby stated:

“We didn’t cancel any planned deliveries when the pandemic hit, but we did defer some. For example, this year we were originally planning to take 26 aircraft, and now we’re going to take 16. But, when we announced our 100 aircraft delivery, I guess now a little over a year and a half ago now. There was a window, between 2022 and 2024 where Airbus wasn’t able to fill in as many of the aircraft because of their commitments to other carriers. With the pandemic, there’s been some loosening, so that’s allowed us to move some of our planned deliveries back up again.”

Airbus had a hot-seller with the A320neo family of jets. Spirit Airlines was also a huge Airbus customer. In early 2020, the airline firmed up a 100-jet order for A320neo family aircraft. The order has some flexibility and includes a mix of A319neo, A320neo, and A321neo aircraft.

Many carriers, however, had ordered their own massive backlog of jets before Spirit Airlines placed its order. Many of those carriers had hoped to take those aircraft between 2021 and 2024. Coupled with some Airbus delays, there were not enough slots for Spirit to get the number of aircraft it wanted in those years.

As the recovery plays out, Spirit Airlines has a huge opportunity ahead. It sees a recovery faster than its full-service peers. With new aircraft coming, the airline is now focused on growth. After taking a conservative stance in 2020, the airline is hoping to make up some lost ground in terms of expansion, and there is plenty of room for Spirit to grow.

The airline recovery will continue to skew in favor of leisure-oriented ULCCs, just like Spirit. As the airline bets on returning to profitability, expanding to capture new customers will play into that strategy immensely.

The airline is focused mostly on long-term growth. Flights to Hawaii are not yet on Spirit’s radar, even though it is proving to be a pandemic-era leisure hotspot. A disciplined approach will give Spirit the opportunity to bet on long-term profitability over short-term gains that would require an expensive marketing campaign without guaranteed returns.