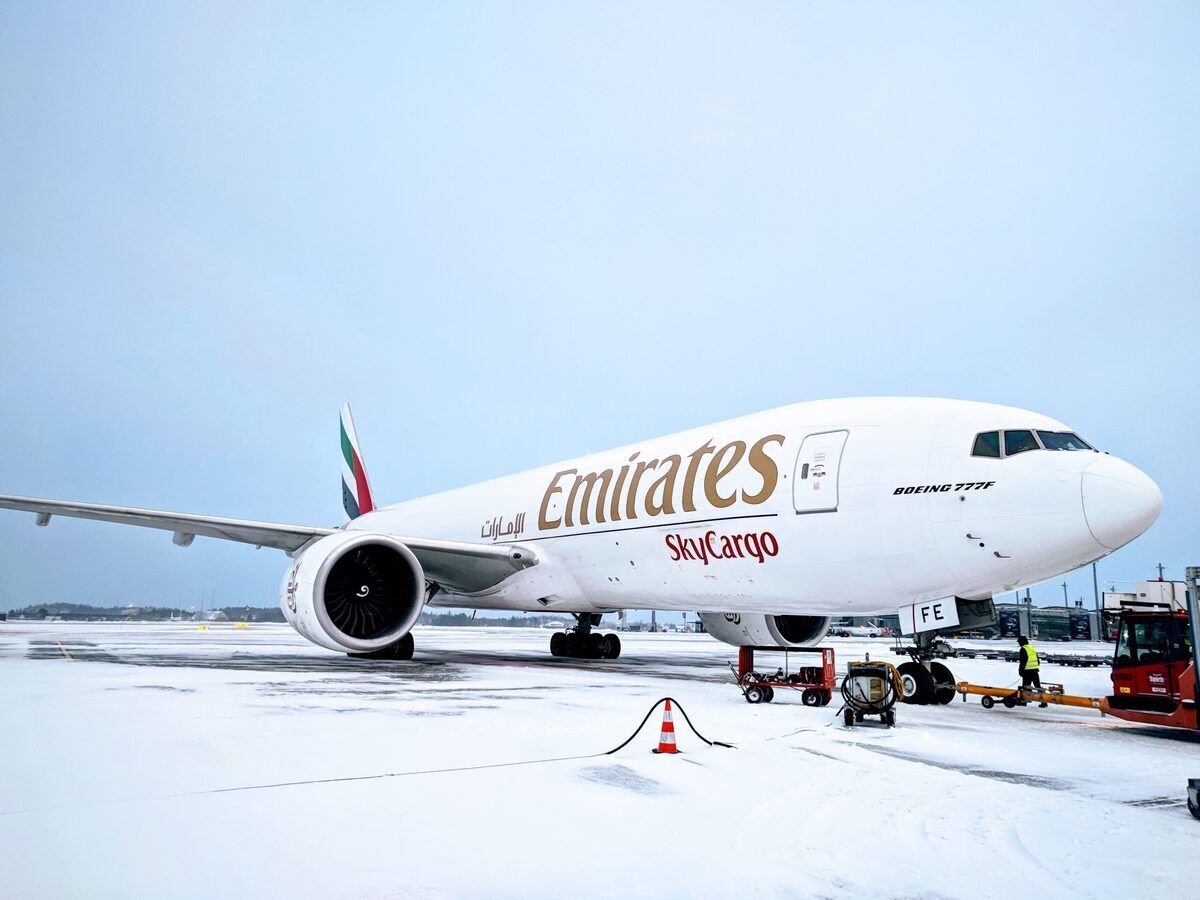 Many airlines hastened to meet a cargo demand that found itself without its usual supply of aircraft bellies in 2020. Meanwhile, already established top cargo carriers were well-poised to make the most of the situation. Since the beginning of the crisis, Emirates SkyCargo has recruited an A380 for cargo charter, flown 50 humanitarian flights to Beirut, set up the world’s largest vaccine distribution airside hub – and the list goes on.

About half of the air cargo worldwide normally flies in the bellies of passenger planes. As commercial air traffic dwindled to a shadow of its usual self during 2020, so did hold capacity.

Airfreight charges shot to the skies (literally) due to an early cargo boom driven by the need for PPE and other medical supplies. While people were out, the cargo was officially in.

Carriers that were usually focused on ferrying people hastened to jump on the early-mover advantage, with subsequent “preighter” conversions causing headlines. Airlines with dedicated cargo branches quickly scaled up operations according to already established best practices – Emirates SkyCargo among them.

One hundred destinations and ten conversions

One hundred days following the suspension of the UAE flag carrier’s passenger traffic on March 25th, its cargo branch was already back to serving 100 destinations. Emirates’ President, Sir Tim Clark, said that the quick pivot towards cargo helped “keep the wolf from the door.”

Normally, Emirates SkyCargo operates a fleet of 11 Boeing 777Fs. However, to rebuild its network with freight, the carrier first recruited its passenger 777s with cargo loaded in the bellyhold.

In April, the airline began utilizing the overhead bin compartments and economy seats to increase capacity. Meanwhile, in late June, it also reconfigured no less than ten of its 777-300ERs to carry cargo in the cabin.

Come October, Emirates brought in its most high-profile jet, the Airbus A380, to assist in the efforts for select charter flights. The first Emirates superjumbo cargo flight transported medical supplies from Seoul, Korea, to Amsterdam, Netherlands, via Dubai.

When it became clear that the approval of a vaccine was imminent on the horizon, Emirates SkyCargo moved to prepare for its distribution. The carrier has created what it says is the world’s largest airside hub for COVID-19 vaccines at Dubai South. Along with its dedicated facilities at Dubai International, this provides Emirates with over 15,000 sq meters of cold-chain compliant storage and handling space.

The airline transported the first batch of the Pfizer-BioNTech vaccine, which needs to be stored at -70°C, on December 22nd. Emirates said it flew the vaccine from Brussels to Dubai on Flight EK182 free of charge.

Following the devastating and tragic explosion in Beirut in August, Emirates SkyCargo launched a series of 50 humanitarian aid flights. It also began flying to Guadalajara in Mexico for the first time in September.

Furthermore, the airline celebrated the first anniversary of its Emirates Delivers e-commerce platform making it possible for UAE residents to shop from US websites.

In 2018, Emirates was the world’s second-largest cargo operator, behind FedEx. A year later, and it had been overtaken by both Qatar Airways for second place and UPS for third. It will be interesting to see how the list stands when the numbers are in for 2020.