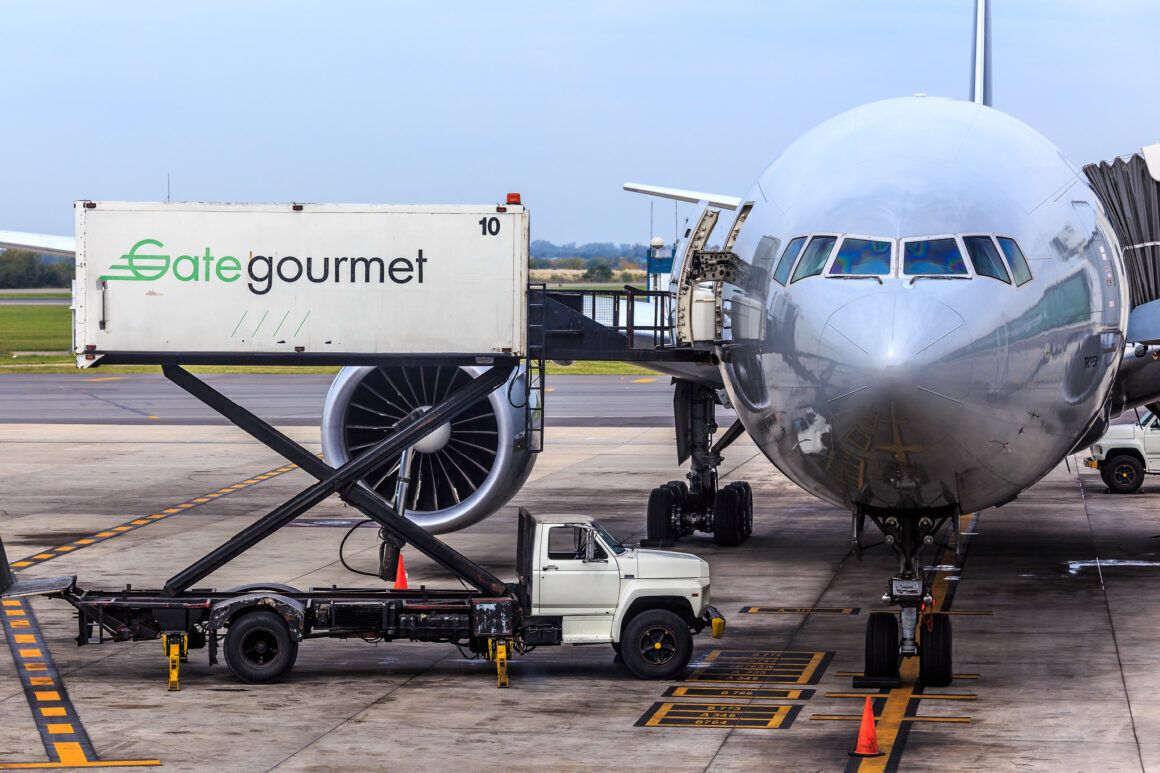 Meals onboard can be one of the best or the worst parts of a flight – depending on the airline and your cabin class. Whether they are good or bad, there is still a lot of organization and preparation that has gone into most airline meals. Let’s find out what’s involved.

Of course, most food is not prepared onboard. Some airlines may advertise an onboard chef for premium passengers, but even they are working with mostly pre-prepared food.

Food is usually prepared in large kitchens. Most airlines outsource this to catering companies such as LSG Sky Chefs or Gate Gourmet (amongst the largest companies). These can be vast facilities, handling meals for several airlines from the same location. Interestingly, United is one airline that so far has kept much of this in-house with its own kitchens, but in early 2021 was considering outsourcing.

All meals are prepared with reheating in mind. Some meats, for example, will be only partially cooked. Once packaged, meals are then chilled or frozen as appropriate and passed to the airline, with instructions for the crew to prepare onboard.

The cabin environment is an important consideration in meal choice and preparation. In a low humidity cabin environment, maintaining moisture is important. And the changed (diminished) perception of tastes has to be taken into account.

The aircraft galley is a wonderfully organized place – take a look next time you fly. All meals, and the thousands of items that go along with them for service, need to be stored and secured.

During the flight, meals are then ready to be reheated. This takes place in convection ovens in the galley. These are simple to operate, with usually just time controls and basic heat settings.

Most galleys will also have water boilers for drink preparation. Microwaves may seem like a good option but are not used. They were previously installed in some aircraft (TWA had them on the 747, for example) but are not common these days.

The reheating process is much the same with premium and first class meals as well. The differences here come in the preparation. They may have more separately prepared parts to meal service and are likely to be transferred and served on better dishes.

Take a look at this video for a guide to how the ovens work in a typical A320 galley:

Prepare your own meals at home

Catering has changed during the pandemic. Many airlines have simplified service and meals, and some have disappeared altogether. One positive change for lovers of airline meals is the chance to try preparing them at home. As airlines chase missing revenue, this is an unusual service that is appearing.

The trend began in Asia, with Malaysia Airlines, AirAsia, Singapore Airlines, and THAI starting selling meals to home-bound travelers. We reported in March 2021 how Japanese airline ANA has made $1.8 million so far from its home sales.

It has also spread to Europe. Finnair has begun selling meals in stores. And British Airways has started offering first-class meals to prepare at home, in partnership with its catering provider DO & CO. These start at £80 for two people, and of course, come with instructions to re-heat and recreate the onboard experience!