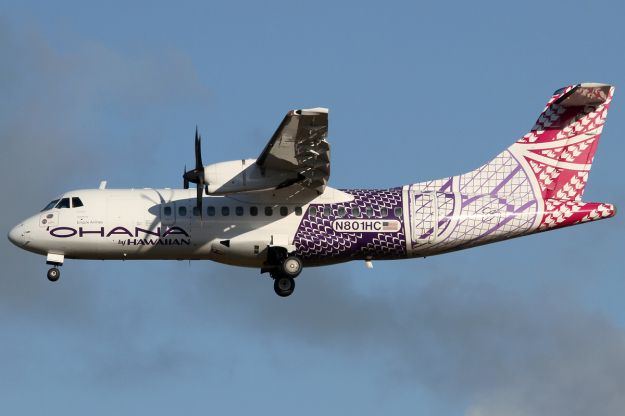 Hawaiian Airlines announced on May 27 that it will not restart its ‘Ohana by Hawaiian passenger service between Honolulu and Moloka‘i and Lāna‘i as well as its statewide ATR freighter cargo service.

Service between Honolulu and Kapalua was suspended in March 2020. The severe decline in Neighbor Island travel demand resulting from the COVID-19 pandemic and state and county quarantine measures triggered a labor provision that led to the temporary suspension of passenger and cargo flights. Hawaiian decided to permanently end service following an in-depth assessment of the overall operation and its long-term viability.

Hawaiian would have incurred significant costs and faced numerous obstacles in restarting service with its current fleet of aircraft. The soonest flights could have resumed was at the end of this year.

‘Ohana by Hawaiian was operated by Idaho-based Empire Airlines as a third-party feeder carrier. When service was at its peak, Empire employed 82 pilots, flight attendants, and maintenance personnel in the state of Hawai‘i as well as 15 at its home base in Idaho. All 97 employees were dedicated to the ‘Ohana operation.

Contractor Worldwide Flight Services employed a staff of 28 to provide ground handling services. All other ‘Ohana by Hawaiian operations were managed by Hawaiian employees, who will be reassigned to other areas of the company.

Hawaiian has begun moving its ATR fleet to the U.S. mainland for storage and eventual sale. The company lent some of its ground support equipment to Mokulele Airlines, which is providing service between Honolulu and Moloka‘i, and Lāna‘i.

Hawaiian launched ‘Ohana by Hawaiian flights in the spring of 2014, followed by all-cargo service in the summer of 2018.

Why Boeing Decided To Produce The 717

The Boeing 717 is a rarity among the American manufacturer’s diverse portfolio of commercial aircraft. It stands out fro …