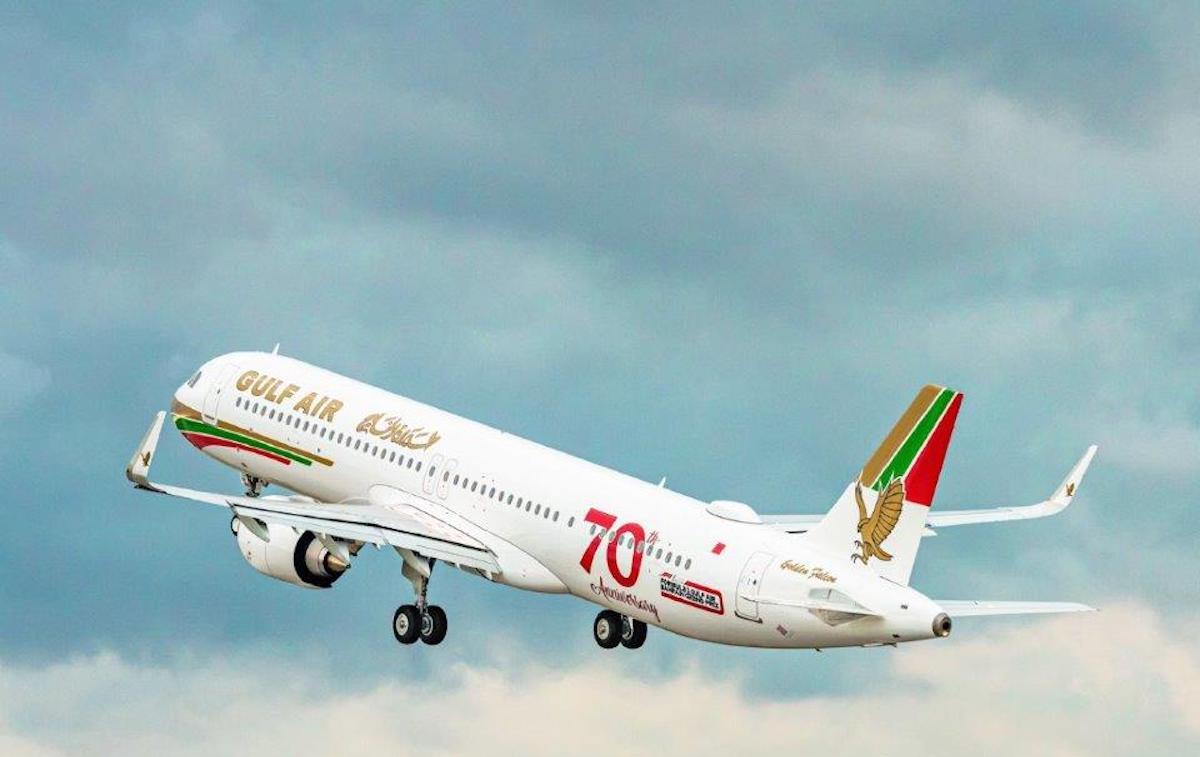 Continuing to modernize its fleet, Bahrain’s Gulf Air has taken delivery of its second Airbus A321LR. The aircraft touched down at its new home at Bahrain International Airport on February 5th at 06:40.

The aircraft is adorned with a special retro livery to mark its 70th anniversary – a livery that’s also featured on one of its Boeing 787s. It’s quite an exciting time for Gulf Air as the carrier has also recently moved into its new home at Bahrain International Airport’s brand new terminal.

“We are delighted to welcome our newest aircraft, the Airbus A321neoLR into our fleet in its special 70th anniversary Golden Falcon livery. This addition will strengthens our position in the medium to long haul markets as it represents an upgraded product to offer best in class service to our passengers. The relationship that we have with Airbus is very strong and we continue to work closely with them to further develop our fleet and products to ensure the highest levels of customer satisfaction.”

Delivered to Gulf Air on February 5th, this brand new A321LR is registered as A9C-NB. According to RadarBox.com the aircraft departed its final assembly site at Hamburg in the dark of night, at 21:45 CET. The overnight flight would take five hours and 40 minutes, with the aircraft arriving at the new terminal of Bahrain International Airport at 06:25 AST.

Data from AIB Family Flights indicates that the aircraft was first seen back in October 2020 already in its special livery. Its first flight was reported to have taken place on January 14th, with four more test flights taking place through February 2nd.

This aircraft is Gulf Air’s second A321LR. Below is a video the airline posted of its first, which it received in September last year:

The aircraft is the second delivery of a 17-A321neo-aircraft order. Eight of these 17 new A321s are equipped with flat-bed seats. More specifically, the long-range jet will have 16 new flat-bed Falcon Gold seats, “further solidifying the commitment that Gulf Air has in being the boutique airline of the Middle East,” the airline states. Additionally, the aircraft is fitted with 150 economy class seats. These new jets will also be equipped with WiFi.

“As the airline expands its network to further places and include new destination to its growing network map, it keeps elevating the service level with more appealing products and facilities to make journeys on Gulf Air more comfortable and enjoyable.” -Gulf Air

The airline notes that this Airbus A321LR will operate long-haul European routes, as well as a selection of GCC destinations, further establishing the A321LR as a long-haul narrowbody jet.