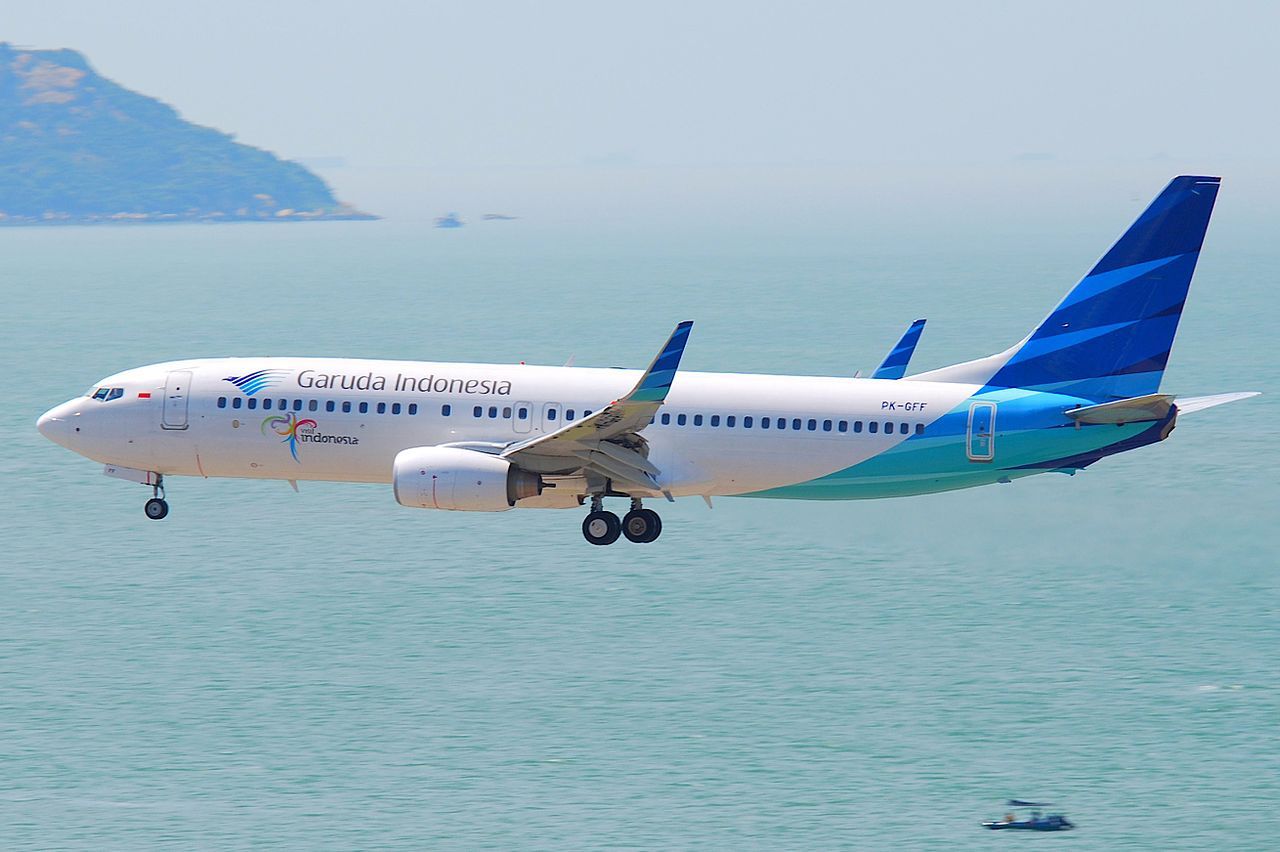 On February 17th, a Boeing 737-800 carrying 25 passengers flying from Makassar (UTP) to Gorontalo (GTO) in Indonesia had to return to its origin just after take-off following an engine failure. Local media reports that the number 2 engine was emitting back smoke. The aircraft was able to complete a safe return and landing back at Sultan Hasanuddin International Airport about 25 minutes after take-off.

The 737 took off on February 17th at 09:54 local time from Makassar’s Hasanuddin International Airport. The jet was headed to Djalaluddin Airport in Gorontalo as flight GA642.

As the aircraft made its climb out of UTP, Suarasulsel.id reports that engine number 2 began to emit black smoke. Based on flight data, it appears that the crew stopped climbing and leveled off at 4,000 feet.

At 10:04, the pilot of the GA642 informed the tower that the plane was going to make an emergency landing due to an engine failure. Two minutes later, the tower at UTP coordinated with the Sultan Hasanuddin Air Force Base, notifying them that there would be a Garuda aircraft making an emergency landing.

Then, at 10:10, airport fire department personnel from Hasanuddin Lanud and Airport and ambulances were on standby close to the landing runway.

Suarasulsel.id states that at 10:18, PK-GFF performed a safe emergency landing via runway 03-21 at Sultan Hasanuddin International Airport in Makassar. It parked safely at the remote apron stand R38.

The 26 passengers onboard the jet deplaned at 10:25 and were picked up by a shuttle bus and taken to Gate 7 to await a replacement flight.

Garuda Indonesia’s technical team examined the aircraft after it was emptied of passengers.

The Boeing 737-800 registered as PK-GFF is 10.6 years old and was delivered to Garuda Indonesia in August of 2010. Data from Planespotters.net notes that the aircraft is powered by a pair of CFMI CFM56 turbofans.

Garuda Indonesia has configured the aircraft with 12 business class seats with another 150 seats in the economy cabin.

While engine failures happen from time to time and most often result in diversions and safe landings, an incident that involves an Indonesian airline is starting to draw extra attention these days. Thankfully, in this case, the aircraft was able to perform a safe landing.

The Covid-19 pandemic has continuously caused severe damage to almost every industry worldwide, and the aviation sector …