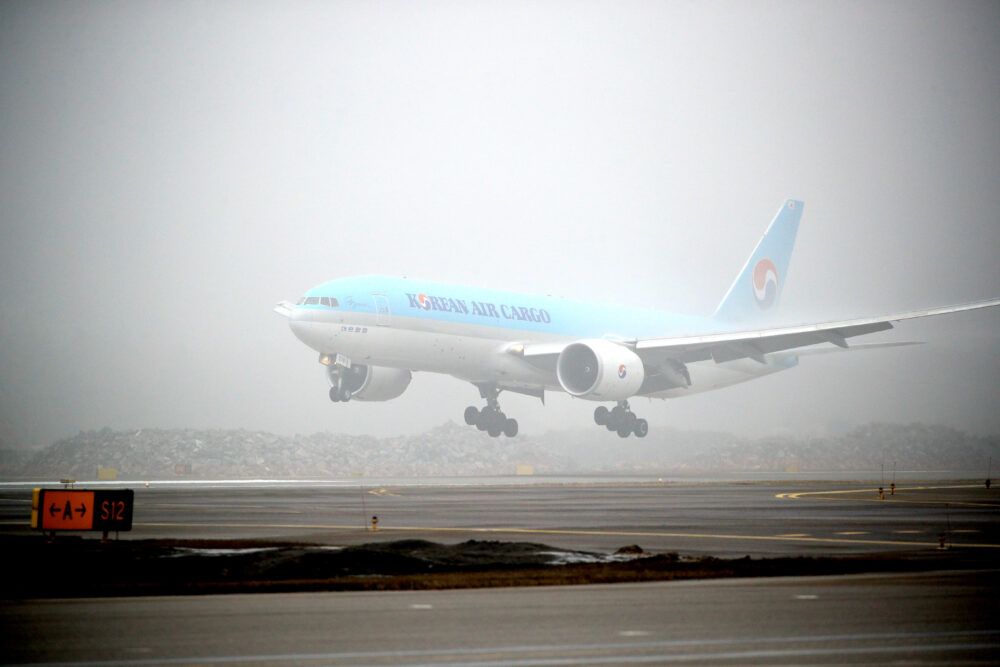 Every year, flights around the world are canceled or delayed due to dense fog and low visibility. The presence of fog impacts airport operations, slowing down communication and adding new protocols. Here’s how low visibility impacts operations.

In usual situations, Air Traffic Control and Pilots can maneuver aircraft movements through maps and visual cues. However, when fog hits the airport and visibility drop under 600 meters, airports switch to Low Visibility Procedures or LVPs. These LVPs ensure more space and time on the airfield for safe operations.

The most complicated part of flying during fog isn’t takeoff or landing, but rather taxiing to the runway. The lack of any visuals on the airport means pilots and ATC are forced to rely on maps and limited visual-led communications.

Once planes actually begin the taxi, practices are different from a standard runway holding points. Planes must go to holding points further away than usual to allow for maximum distance when taking off. This means planes may go to holding point CAT 2 or 3 instead of a usual CAT 1, adding up to hundreds of meters more to the holding point, according to Airsight.

According to The Points Guy, one pilot notes that the taxi to the runway is further complicated because entering an active runway during low visibility can result in catastrophe. This is why pilots choose to completely halt their taxi and reach out to ATC even at the smallest chance of not knowing where they exactly are.

Additionally, runways are also kept clear until the aircraft is airborne. This means no other planes are entering the holding point until the plane is safely in the air, delaying usual traffic.

Once the takeoff roll begins, pilots ensure the plane is perfectly centered and monitor for anything out of the ordinary. At this point, one can only hope that ATC has ensured there is no obstruction on the runway since there is no way to visually see it before it is too late.

Landing during LVPs is a complicated task too. Since the minimum visibility needed for a manual landing is 550 meters, pilots must rely on autopilot for the landing, according to Flight Deck Friend. To land at low-altitudes, airports have to have high-level ILS (instrument landing systems) to connect to the aircraft during thick fog.

Once ATC clears for landing, pilots turn on autoland to align with the runway and complete the touchdown, intently while watching the system to ensure everything is going well (which is reportedly more tiring than landing the plane manually). Pilots only retake control once the planes land and reverse thrust and brakes need to be applied.

Like takeoff, the runway is kept empty until the landing aircraft clears the runways and is taxiing, once again slowing down operations.

Overall, operations during low-visibility can be extremely difficult for airports and flights. The high risk means strict rules are in place, slowing down traffic considerably. Luckily, all pilots and ATC routinely train for LVPs, ensuring they can safely fly even in the worst visibility.