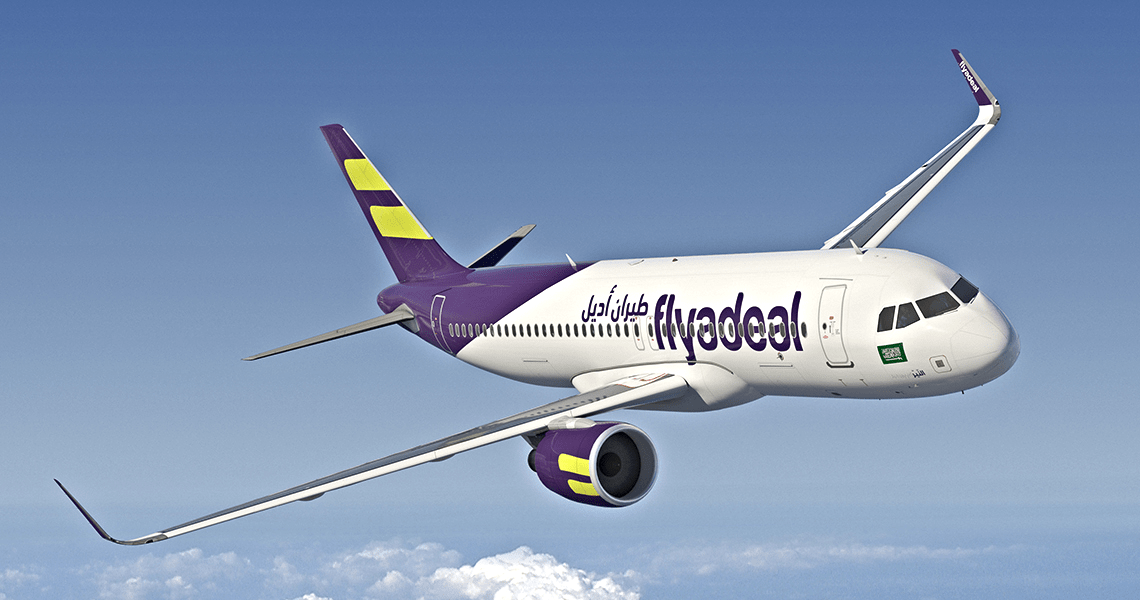 Saudi Arabia’s flyadeal is not yet four years old. But the Jeddah-based low-cost airline is already planning for the future. The airline has just 12 aircraft in its fleet, 11 Airbus A320ceo planes, and a single Airbus A320neo. But as new deliveries from Airbus begin landing at Jeddah, flyadeal is mapping out a timeline to start retiring it’s A320ceo aircraft.

Speaking at a CAPA Live online forum on Wednesday, flyadeal’s CEO, Con Korfiatis said the A320ceos would begin exiting the fleet in the middle of this decade.

“We were blessed to kick off the airline with brand new A320ceos. So our oldest A320ceo is not even four years old and then the youngest is around two,” said Mr Korfiatis.

Acknowledging the events of 2020 had hampered planned growth at flyadeal, Con Korfiatis said the airline had some ground to make up. The airline had planned to fly around 30 planes by this point in time. Instead, flyadeal has 12 planes.

“We start taking from our direct order book with Airbus A320neos from April this year, and they’re coming relatively aggressively over the next two years and actually into the next five or six years.

“We’ve got a lot to make up for and make up for it as quickly as the market is coming back,” he said. But as more aircraft begin arriving at the airline, the Airbus A320ceos will begin to disappear.

In the meantime, the flyadeal CEO remains a fan of the older A320ceo. “They’re a great aircraft and they’ve been doing really, really well for us,” Mr Korfiatis said. Between now and the mid-2020s, the aircraft type will stay busy at the airline.

“With the growth profile we have planned for the airline, we actually need them. If we went for a one for one replacement at this stage, for a really small airline, it would keep us really small. And we do need to get some more economies of scale in the business; it’s always been the plan.”

As a purely domestic airline, tough movement restrictions throughout Saudi Arabia last year had a significant impact on flyadeal. But Con Korfiatis says domestic travel in the country is bouncing back and flyadeal is now running at about 90% of its previous capacity.

While solely operating as a domestic airline has provided a kind of safety net, shielding flyadeal from the worst consequences of international travel restrictions, it hasn’t put a halt to the airline’s international ambitions.

“We do have designs to go international,” the flyadeal CEO says. “We will embark on international during 2021, and it will be relatively close to home to start with.”

The low-cost airline doesn’t plan to directly compete with its parent airline, Saudia. Mr Korfiatis says Saudia will mostly look after the premium routes, and flyadeal will focus on mopping up the rest.

“Where it’s purely low-cost, we’ll obviously go, and there are places our sister airline does not fly that in the future we will fly to, that will be if you like virgin territory for the group.”

At the same time, the flyadeal CEO doesn’t discount some sharing of routes. Where flyadeal sees a demographic or customer base not well served by their parent airline, they will look at flying there.

“We see a role for both of us in those markets.” Mr Korfiatis said.

With a local route between Jeddah and Riyadh typically one of the busiest domestic air corridors in the world, flyadeal is well placed to benefit from a return to normal flying conditions. The airline may only have 12 planes right now, but flyadeal is one airline worth keeping an eye on.