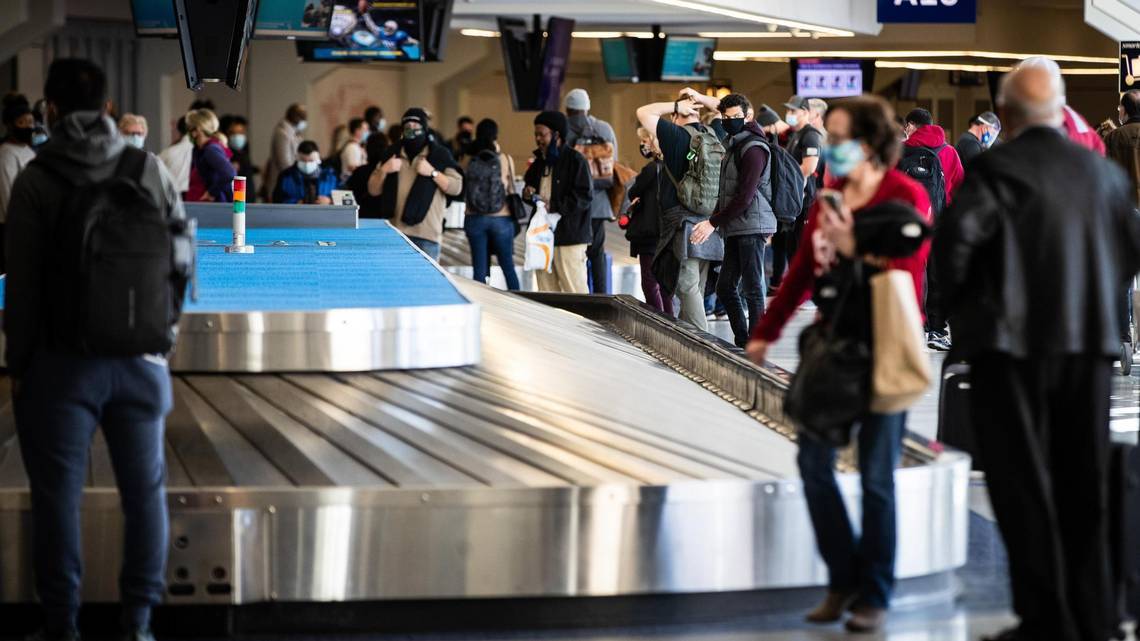 Incoming and outgoing flights were delayed at the DFW International Airport and Dallas Love Field on Wednesday, according to the Federal Aviation Administration.

Potential thunderstorms and COVID-19 both contributed to the flight delays, a FAA spokeswoman said in a statement Wednesday evening. Cloud coverage and potential for storms caused some delays, and the Regional Air Traffic Control Center had to be sanitized after an employee tested positive for COVID-19.

“A set of unique circumstances, including a positive COVID-19 test and convective weather, combined to create air traffic delays in and around Dallas-Fort Worth late this afternoon,” an FAA spokeswoman said in an email.

The stoppage of flights was lifted shortly before 5:30 p.m., but some delays are still expected, officials said. The Regional Air Traffic Control center was closed for cleaning from 3:45 p.m to 5:05 p.m.

“The FAA takes the safety of its employees and the flying public very seriously,” the spokeswoman said. “Please note that throughout this event, pilots were always in touch with air traffic control employees, either at Fort Worth Air Traffic Control Center, or other air traffic control facilities.”

At least one other person tested positive for COVID-19 at the center in recent weeks, according to information from the FAA.

Some arriving flights were delayed up to an hour and 14 minutes, according to the FAA delay information.

A spokesperson from Dallas Love Field Airport confirmed that all incoming and outgoing flights there also were temporarily halted, WFAA reported.