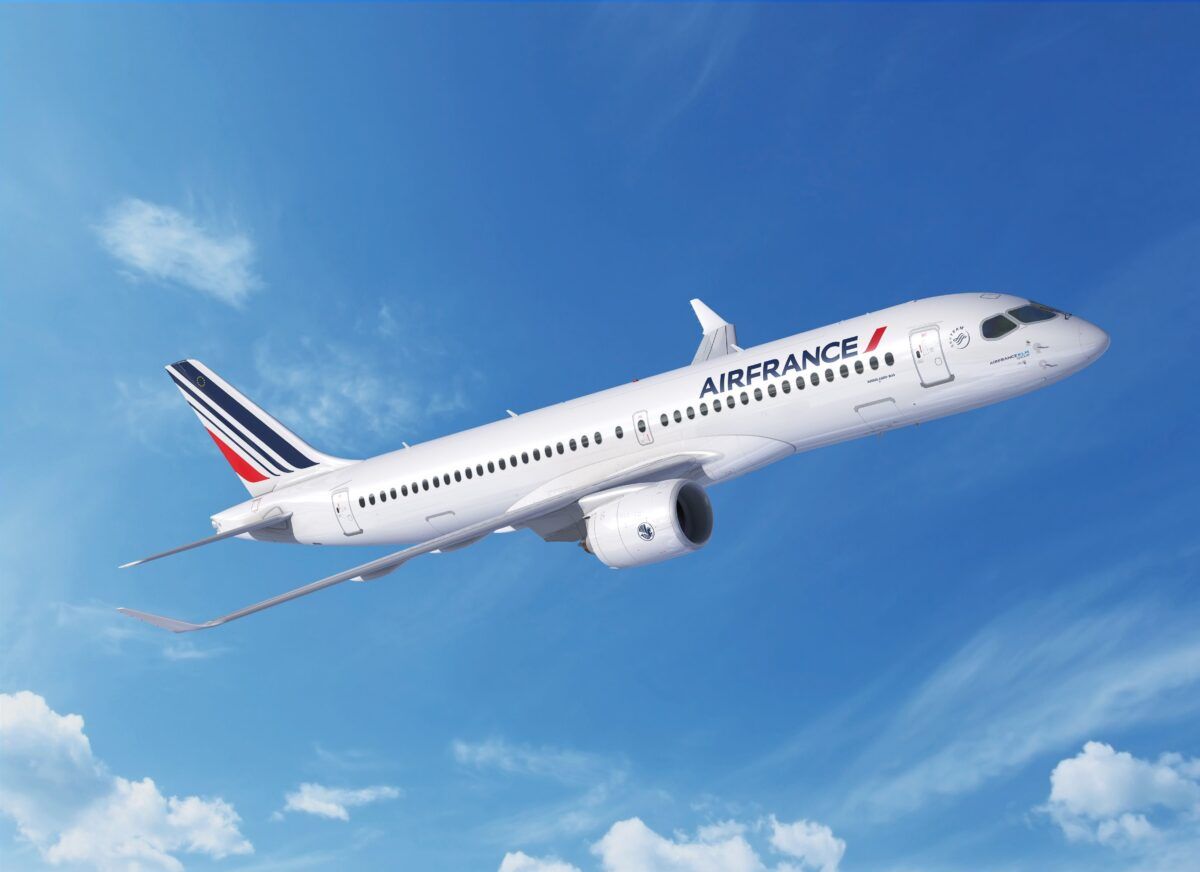 Despite the impact of the coronavirus pandemic on the airline industry, Air France is pushing forward with the integration of its Airbus A220 order into its fleet. It has recently emerged that the French carrier will be sticking to its original timescales, receiving the first example this autumn. Specifically, the first Pratt & Whitney-powered aircraft will arrive in September.

Engine order has been finalized

“Air France-KLM Group has finalized an order for more than 120 GTF engines to power a fleet of 60 Airbus A220-300 aircraft. (…) The first aircraft is scheduled to be delivered in September 2021.”

“Thanks in large part to Pratt & Whitney GTF engines, we expect our A220 fleet to deliver significant economic and operational benefits to Air France, and far lower noise and emissions, which will benefit our customers, communities and planet.“

The first delivery in September will mark the end of more than two years of waiting for the French flag carrier, which first announced its order in July 2019. It firmed the order in December that year. Last April, the airline announced that it was expecting to receive the first example in autumn 2021. As we can see from Pratt & Whitney’s announcement, this is a timescale that, despite the current crisis, it has managed to stick to.

All 60 aircraft that will come to Air France will be the larger A220-300 variant, which is currently the largest version available. However, the airline has stated that it would also be interested in a stretched A220-500 variant. The -300 has sufficient capacity to replace its A318 and A319 aircraft (of which Air France has 18 and 32 respectively).

However, it also has its larger A320 (44 examples) and A321 (20 examples) to consider in terms of fleet modernization. If Airbus does not produce such an aircraft, Air France may deviate from its all-Airbus short-haul fleet trend and order the Boeing 737 MAX.

The integration of the A220 into its operations will represent an exciting step forward for Air France’s short-haul fleet. The aircraft, which was originally known as the Bombardier CSeries, has quickly become popular among airlines and passengers.

From an airline’s perspective, the aircraft’s improved efficiency and reduced noise pollution are pleasing factors in terms of both operating costs and environmental impact. Meanwhile, passengers have come to appreciate the extra space that the A220’s 3-2 seating configuration offers. Its extra-large windows are also a bonus from a passenger experience perspective!