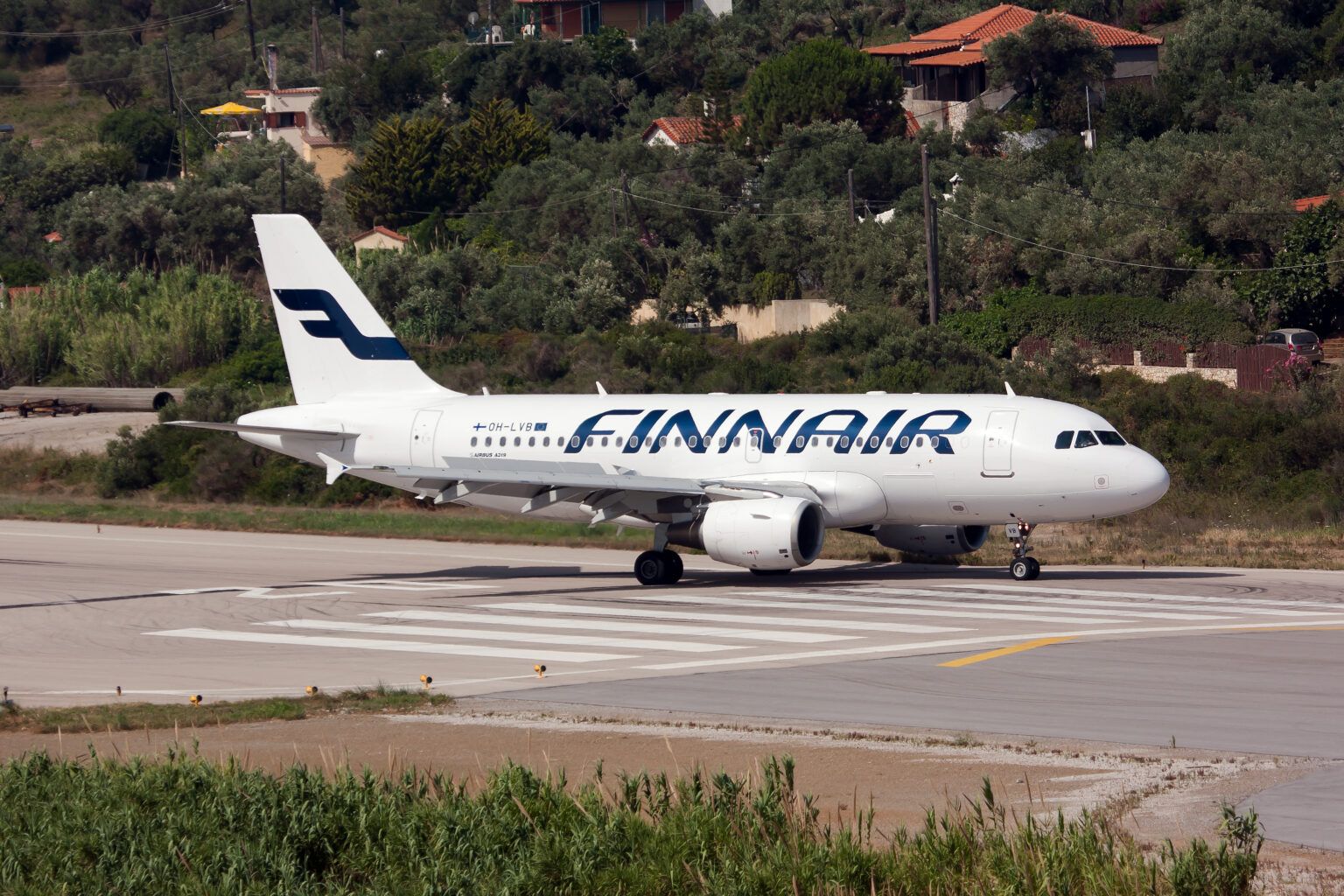 Finnair plans to dismantle and recycle the parts from one of its six remaining Airbus A319 aircraft at Helsinki-Vantaa Airport (HEL) after deciding that the 21-year-old plane had reached the end of its economic lifecycle. In a statement issued today and seen by Simple Flying, Finland’s national flag carrier plans to take the plane apart and use its components for spare parts. Finnair mechanics will dismantle the aircraft at Helsinki Airport and use its engine parts, seats, landing gear, and avionics components in other Finnair aircraft.

“This is the first time that a Finnair aircraft is dismantled and recycled in Finland. We made the decision to take the plane apart at our home hub to optimize sustainability and economics”, says Juha Ojala, Vice President of Finnair’s Technical Operations, in the statement. “This project allows us to improve the cost-efficiency of maintenance operations and employ our mechanics during the pandemic when their normal workload has decreased.”

Finnair mechanics will dismantle the plane

Before deciding to recycle the plane themselves, Finnair would sell its unwanted planes companies that specialize in dismantling aircraft for parts. Two of the largest companies of this type are End-of-Life Solutions (AELS) at Enschede Airport Twente (ENS) in the Netherlands and Air Salvage International (ALS) at Cotswold Airport (GBA) in England.

Finnair’s decision to do the work themselves marks the first time a commercial aircraft will be dismantled in Finland. When it comes to the planning and management of the project, it will be new for the mechanics who, up until now, just performed maintenance work. Regarding aircraft like the Airbus A319, around 90% of the plane can be reused.

“Many parts of the plane that will be dismantled – like landing gear, engines, the auxiliary power unit, and avionics – can be utilized in Finnair’s maintenance operations, which supports both sustainability as well as cost efficiency,” Juha Ojala explains. “The parts that will be reused will be carefully inspected and overhauled. Smaller elements, like seat covers or cabin curtains, can also be reused.”

It will be done in three parts

When speaking about how the dismantling will be done, Project Manager for Finnair Technical Operations Timo Rossi said:

“It’s going to be done in three parts,” says Timo, explaining the process. “Finnair is going to remove bigger components such as the wings, engines, landing gears, auxiliary power unit (APU). Then a couple of hundred other parts will be taken off for eventual use in our active flying fleet.” This work is completed under Part 145 aircraft maintenance approvals, a European standard for companies involved in aircraft maintenance.

Once the component removals have been done by Finnair staff at Helsinki Airport, the remaining parts of the aircraft will be transported to an external partner for further dismantling.”

OH-LVH is the oldest Finnair A319

Taking a look at Finnair’s fleet aviation enthusiast website Planespotters.net lists the Nordic airline as having six Airbus A319s with an average age of 19.3 years. In its A319 fleet, the oldest aircraft and presumably the one to be dismantled is OH-LVH that Finnair took delivery of in 2002 following SABENA’s bankruptcy in 2001.