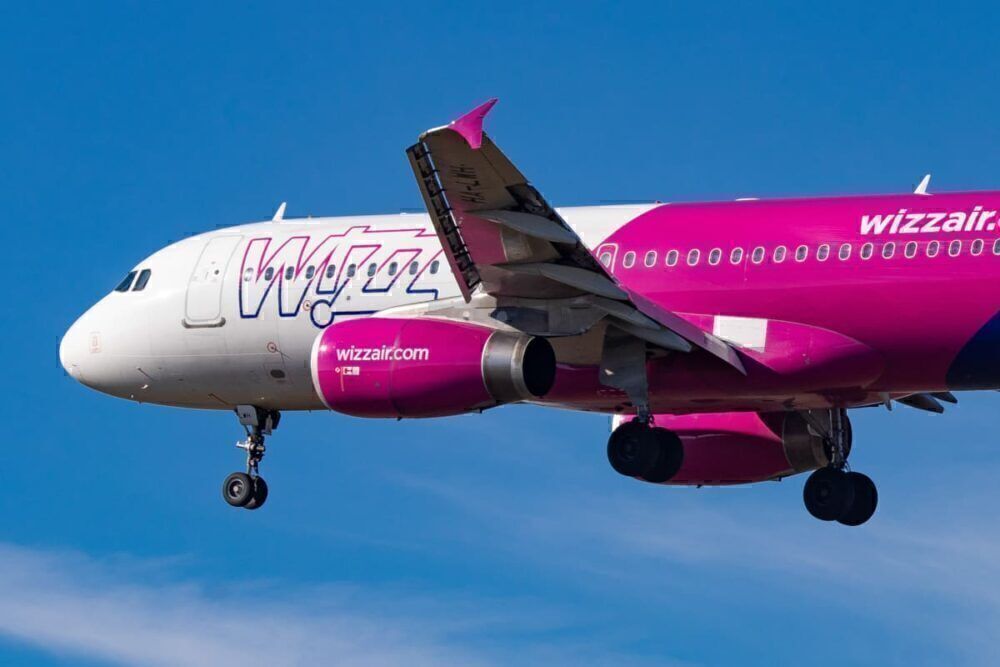 Wizz Air Abu Dhabi commenced services today with its first flight to Athens, Greece from Abu Dhabi, UAE. With this highly-anticipated launch, Wizz Air CEO József Váradi spoke with Simple Flying about what to expect from this new venture. The executive sees plenty of room for development and is already thinking ahead about aircraft additions and destination expansions.

Officially in the skies

Flight WAZ7007 left Abu Dhabi at 13:15 and is presently in the air, just passing over Israel on the way to the capital of Greece. Athens was chosen as Wizz Air Abu Dhabi’s inaugural destination as Greece was on a ‘green list’ of countries, meaning travel between the country and the UAE was unrestricted amid the global health crisis.

This factor has now changed, but the airline decided to go ahead with the launch in this manner. Ultimately, the company is delighted about welcoming its first passengers onboard its aircraft to experience its new offering.

The UAE has been a hotspot for travelers amid the ongoing worldwide restrictions. The country has managed to find a balanced way of dealing with restrictions to allow holidaymakers to visit safely.

Váradi is looking forward to transporting visitors to witness a vibrant mix of Middle Eastern culture, unique Islamic architecture, and sandy beaches. From the Abu Dhabi base, the airline will fly to the likes of Alexandria, Kutaisi, Larnaca, Odesa, and Yerevan. However, there are already additional destinations on the cards, with the announcement of a Tel Aviv route just yesterday.

However, the expansions aren’t stopping there. Váradi shared that he is excited about more growth opportunities following today’s launch. Notably, there will be plenty more A321neos joining the carrier’s fleet over the next decade to help it expand across the region. It’s not only in the core Middle East area that the airline will focus on.

There is potential to serve many neighboring countries in all directions. The businessman explains that Abu Dhabi is a scalable market and has a growing economy. These factors support his business’ plans to develop and diversify its route network to multiple locations.

Overall, the firm sees growth in Abu Dhabi comparable to what it has been able to achieve in Europe. So, there are significant opportunities to expand through the stimulation of new markets, as opposed to attracting passengers who would have flown with other airlines.

“We are looking at a larger scale start than what was originally planned, with six aircraft starting within the first six months. Over the longer term, we expect that Wizz Air Abu Dhabi will operate 50 aircraft within 10 years, providing millions of passengers with more ultra-low-cost connections in the Middle East,” Váradi told Simple Flying.

“Wizz Air Abu Dhabi will serve markets within a five-hour radius from Abu Dhabi – East, West, North, and South. We are talking about billions of people living in this catchment area. The evolution of our network design will be driven by our ability to access markets and routes based on on-air political developments. We will announce new routes as and when they happen.”

There have been some skeptics about Wizz’ decision to base an airline in the UAE. They question the presence of a European low-cost carrier in the Middle East. However, Váradi assures that the move is a positive one. He shares how the company has the right backing and approach to take on the market.

“Wizz Air Abu Dhabi is the national airline of the United Arab Emirates, which powerfully combines the market insights provided by ADQ, Abu Dhabi’s prominent investment arm, and Wizz Air’s airline operational excellence and experience. This will provide us with a lot of opportunities to introduce new connections to Abu Dhabi and create further choices for travellers in currently served markets,” Váradi added.

“Our objective is to grow the airline in a way that directly benefits Abu Dhabi and its economy. Our expansion strategy focuses on stimulating travel demand with our low-cost offer, thereby bringing more traffic to Abu Dhabi, helping to ramp up tourism and ultimately boosting its economy.”

Altogether, Wizz Air’s plans in Abu Dhabi fit in with its wider targets this decade. The firm is keen to maintain its position as the undisputed lowest-cost outfit in the industry and wants to quadruple passenger numbers in the next ten years. Moreover, its ultimate goal is to be the preferred airline of every country where it operates.

Wizz Air Abu Dhabi kicked off during a considerably difficult time in the aviation industry amid a severe downturn in passenger activity as a result of stringent ongoing travel restrictions. However, by planting the seeds in the market now, the airline will be well-positioned once demand picks up again, and it can reach its overall targets by the time the decade is over.