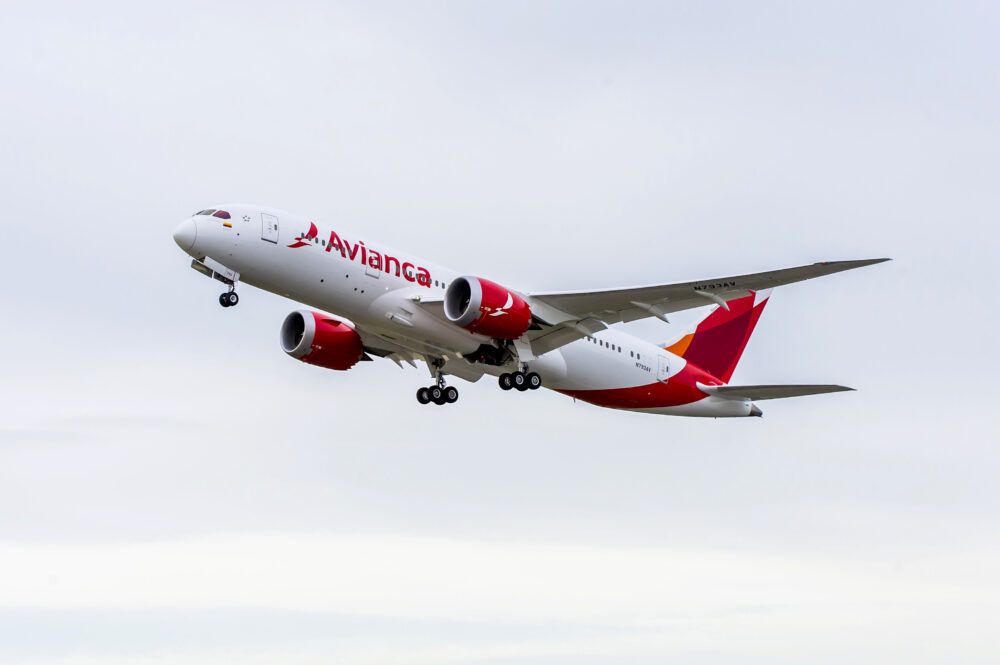 Avianca performs long-haul services across the Atlantic Ocean to the likes of Madrid, Barcelona, and London. The airline’s CEO, Anko van der Werff recently spoke with Simple Flying about his company’s services to Europe. Altogether, the region remains a key market for the flag carrier of Colombia despite the change of climate amid the pandemic.

The chief executive shares that there is increasing demand from passengers for flights to Europe. There is a significant South American diaspora in the likes of Spain and the United Kingdom. There are also close historical and business links between the two continents. So, it’s not a surprise that there is interest.

Moreover, South America closed its borders last spring until later on in the year. As a result, several people were stuck across the Atlantic and couldn’t see their loved ones or travel for work for many months. Therefore, once the lengthy suspensions were lifted, numerous travelers snapped at the chance to hit the skies with Avianca.

Unfortunately, the progress didn’t last too long. Following concerns about new variants of the virus emerging, governments once again enforced stringent travel restrictions and Avianca was forced to suspend flights between Bogota and London. Additionally, travel between South American nations and Europe has largely been restricted as a whole.

Avianca is regardless prepared to act swiftly in response to the ever-changing conditions of the global health crisis. It has to be agile in the current climate. So, it will ramp up transatlantic capacity when the time is right.

“Europe is a market that has been gaining great interest for Latin Americans. However, given the current situation, restrictions and the resurgence of the COVID-19 have caused regulations to be presented that do not allow us to have a regular business operation as we would have liked. To Spain – Madrid and Barcelona – we have some weekly flights. To London, we started operations in November with a weekly flight and although we expected to increase flights, given the restrictions of different governments for the entry of passengers from the United Kingdom, we had to suspend our Bogotá-London operation, but we hope to resume it once the prohibitions are lifted,” van der Werf told Simple Flying.

“The airline fleet must necessarily adapt to the new reality of passenger demand and the challenge COVID-19 has imposed on air transport. The definition of these changes will come from the study in which we are currently working on to design a new Avianca. A more flexible Avianca that responds to the needs of this new scenario.”

Before the rise of the pandemic, there was excitement about the prospects of Madrid becoming a mega-hub for South American services. Madrid Barajas International already had an existing stronghold on operations to South America.

The news of Air Europa’s sale to International Airlines Group (IAG) added to the potential growth of connections between the airport and much of Latin America. Overall, after travel bans and the like are consistently reduced, Avianca will undoubtedly be keen to uphold a strong presence in Spain and across Europe.