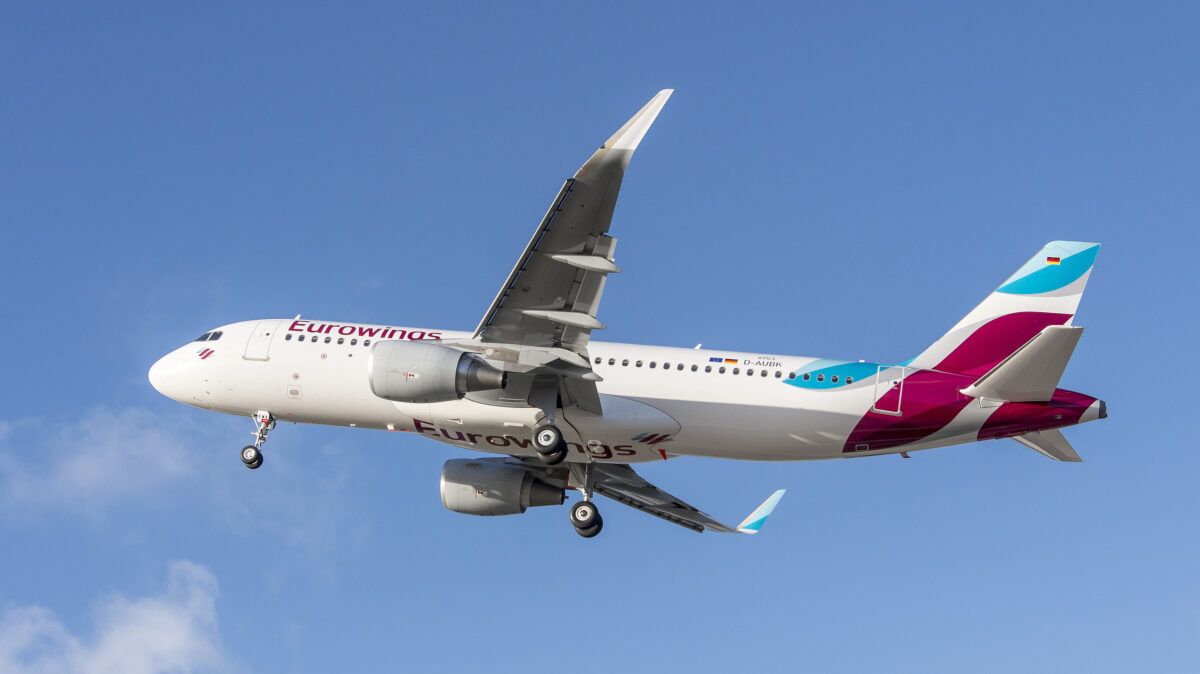 Eurowings, a budget airline within the Lufthansa Group, is now allowing passengers to reserve an empty middle seat on all of its flights. Announced today, the minimum price for this has been reduced by nearly 45%, which could make it an even more appealing “add-on” for the airline’s customers. 10 euros, or $12, seems like an amazing deal for an empty seat. Is there a catch?

“We have to acknowledge that in times of the Corona pandemic there are millions of insecure customers who now attach particular importance to a little more space on board when flying – whether for reasons of comfort or hygiene. With our improved option of offering the free middle seat for as little as 10 euros and making it conveniently bookable online, we are responding to these changing customer needs.”

Eurowings is letting passengers reserve a free middle seat on all of its flights from as little as 10 euros (equivalent to about $12). The airline says that the price has been reduced from 18 euros (nearly $22), which is a fairly significant mark-down.

All reserved middle seats will be marked separately by a cover on the headrests. These covers will read “Booked to stay free.”

The airline adds that the offer is available to customers only if sufficient seats are still available on the flight booked.

After some research, we found that it’s very possible that Eurowings will still be able to operate profitably even with passengers paying for the middle seat to be blocked.

Firstly, it should be emphasized that Eurowings is stating that the middle seat can be blocked “for as little as 10 euros.” This means that depending on the flight, you could be paying much more.

In fact, we went through the motions of booking a flight from Manchester to Dusseldorf. The cost of blocking the middle seat: £60 for a round-trip journey – or £30 per flight. This, of course, is three times more than the advertised lowest fee. Even a Stuttgart to Nice round-trip flight would have cost 215 euros to block the middle seat going both ways – a far cry from just 10 euros.

We were also going to mention that the airline could still maintain a profitable flight by slightly increasing fares. It would also end up saving money on fuel as there would be fewer passengers to fly. However, based on the real-world prices Eurowings is charging passengers to block a middle seat, it should have no problem with revenue if enough people buy in.