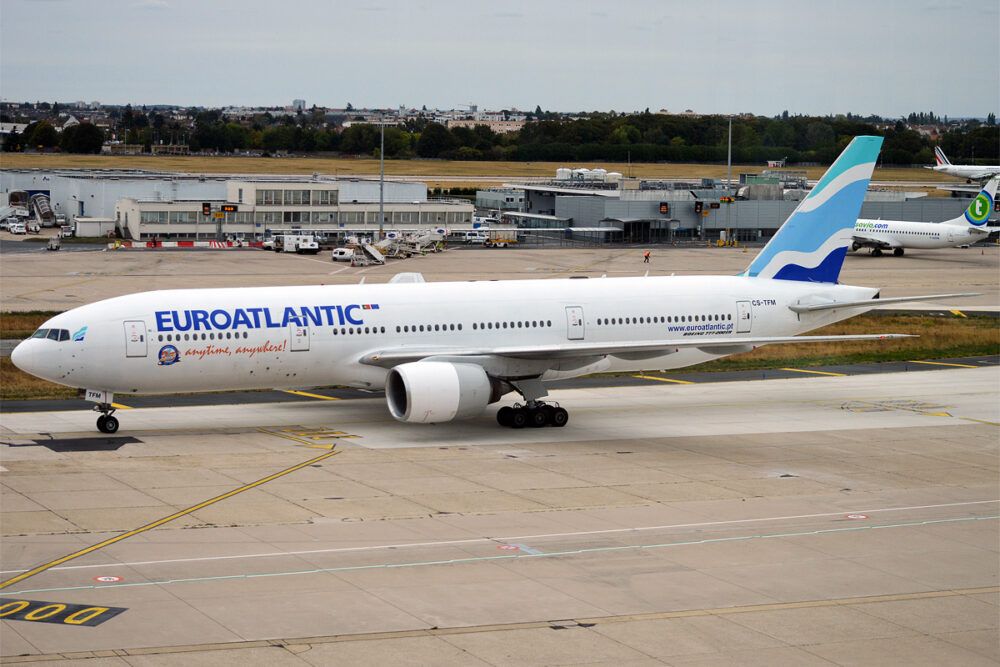 The ongoing coronavirus pandemic has led to drops in passenger demand that have financially hurt many airlines. Mexican flag carrier Aeromexico is one of these, and has had to downsize its fleet as a result. This saw it announce the departure of its first Boeing 787 ‘Dreamliner’ earlier this week. Its destination? Portuguese wet lease and charter specialist EuroAtlantic.

A year in the making

It has been almost a year since Simple Flying reported that charter airline EuroAtlantic would become Portugal’s first Boeing 787 operator. The carrier also operates wet lease services, otherwise known as ACMI (aircraft, crew, maintenance, and insurance), in which the lessor provides more than just the aircraft itself.

The announcement detailed the nature of EuroAtlantic’s upcoming 787 operations. It was to lease two second-hand Dreamliners from AerCap. This Irish lessor is both the world’s largest commercial aircraft owner and the most active trader. Earlier this week, the identity of the first of these incoming 787s became known – an ex-Aeromexico 787-8.

Simple Flying reported on Monday that the Mexican flag carrier had returned N961AM to AerCap. This aircraft had been the airline’s first Dreamliner, having arrived in Mexico in August 2013, according to Planespotters.net. The airline had withdrawn it from service just before Christmas, after just over seven years of service.

It will be interesting to see what this entails, particularly in terms of its seating configuration. According to SeatGuru, Aeromexico’s 787-8s feature a 32-flatbed Clase Premier, forward cabin, along with 211 economy seats. It is worth noting that the first row in the economy is designated ‘AM Plus,’ on account of its extra legroom.

It seems that EuroAtlantic could as easily keep this configuration as they could change it. This is because, of the seven widebody aircraft in its fleet, there is nearly a 50:50 split between all-economy and mixed configurations. In total, four of the seven have a dedicated business class cabin, ranging from 16 to 34 seats.

The ex-Aeromexico Dreamliner will be by far the youngest aircraft in EuroAtlantic’s fleet. As such, it might be reasonable to assume that, as a potential flagship for the airline, it will retain its business class cabin.

As we have established, N961AM will turn eight years old this year. This makes it more than 10 years younger than the average age of EuroAtlantic’s existing aircraft. According to Planespotters.net, the average age of the fleet as a whole is 19.4 years old.

Simple Flying reached out to EuroAtlantic for comment, but did not receive a response by the time of publication. We will update the article with EuroAtlantic’s statement should we receive one.