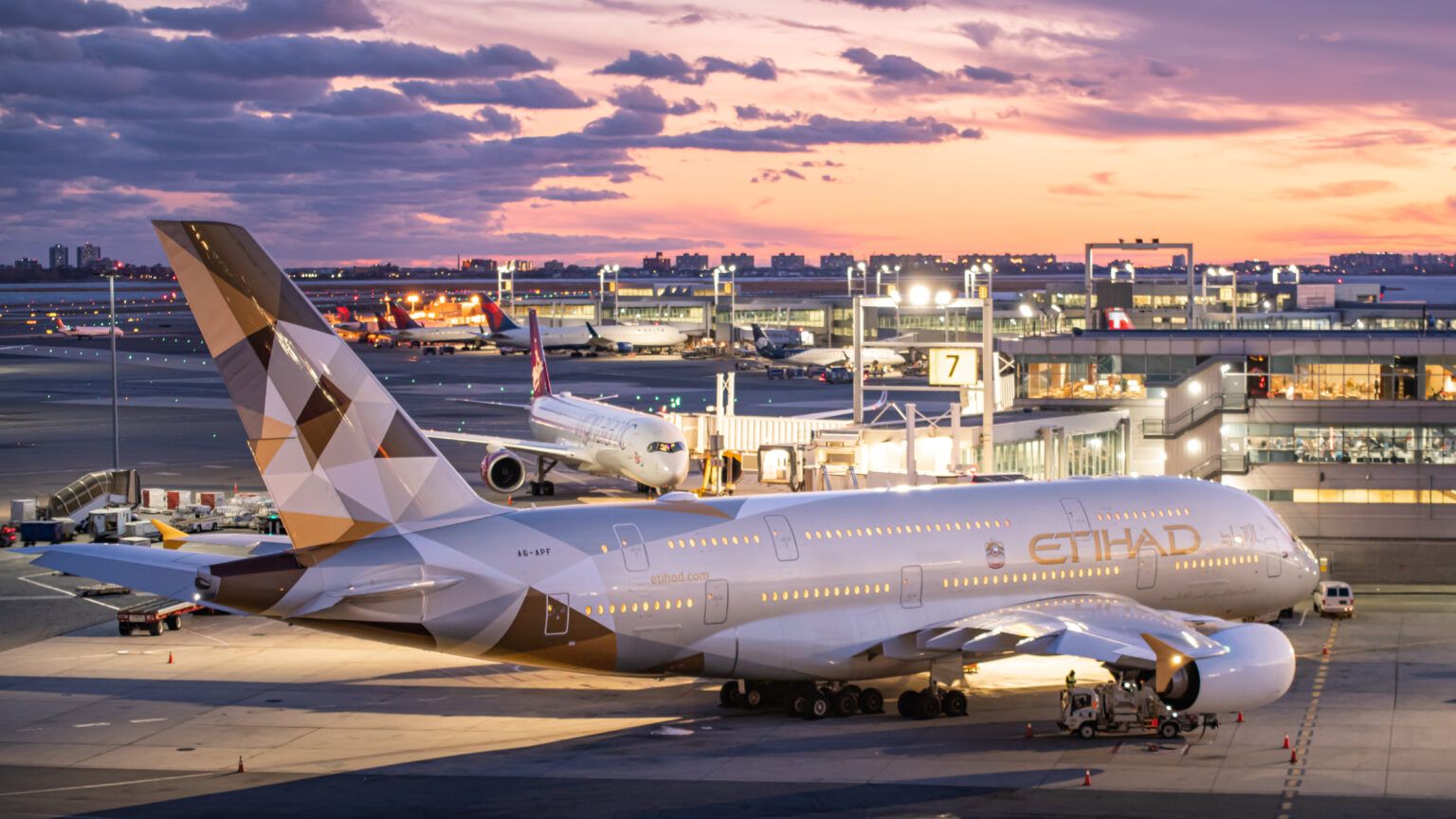 Tony Douglas, CEO of the Etihad Group, has cast doubt over whether the Airbus A380 will return to the skies for the Aub Dhabi-based carrier. The airline’s fleet has spent the past year grounded due to the pandemic.

Thanks to the Dubai-based airline Emirates, the giant Airbus A380 remains a common sight in the skies above the United Arab Emirates. With the airline still set to receive five new A380s, it isn’t going anywhere soon. However, the variety could soon drop if Etihad decides not to resume A380s flights. With every day that passes, the chances of the golden A380s returning look slimmer.

So what’s the latest on the Airbus A380?

It seems as though the Airbus A380’s remaining days in Etihad’s gold livery are numbered. According to local UAE publication The National, Etihad’s CEO, Tony Douglas said,

“We have now taken the strategic decision to park the A380s, I’m sure it’s very likely that we won’t see them operating with Etihad again.”

Etihad has a fleet of ten Airbus A380s. However, since the fleet was grounded, two-fifths have been relocated to Tarbes in France for long-term storage. While many planes are stored at the Tarmac Aerospace site, the company does have the facilities to scrap A380s. There is, however, no indication that any A380s from the airline are yet to be discarded.

Douglas’s comments shouldn’t come as a huge surprise. We already knew that there was a fair chance the aircraft may not return following a previous podcast episode released by the airline. Etihad would not be alone if it didn’t reactivate the A380. While Air France remains the only aircraft to have scrapped its entire fleet, some other airlines look to be following.

Indeed, just last week, Simple Flying reported that it looks increasingly unlikely that any of Lufthansa’s A380s will return. Even some of those that are retaining the aircraft have decreased their fleets. Singapore Airlines has been reasonably clear that it intends to resume flights with the Airbus A380. However, only a dozen aircraft will return, with the airline announcing last year that it will scrap the remainder.

Released at the wrong time

Fundamentally, the Airbus A380 seems to have been released at the wrong time. Today, the emphasis with fleets is on cleaner twin jets. Indeed, Air France had already announced the fleet’s impending retirement before the COVID-19 crisis came about. The pandemic simply sped the airline’s process along.

However, it’s not all bad news. Given that Emirates won’t take its last A380 until next year, it is currently looking to fly the type into the mid-2030s.